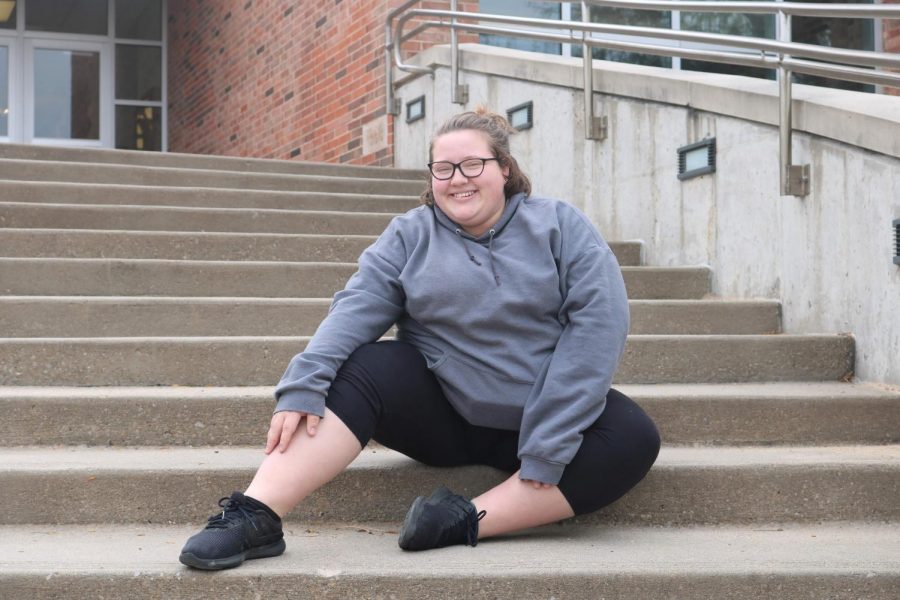 Growing up bisexual, Kora West ’20 thought something was wrong with her.

“I didn’t know exactly what the label was, because I grew up in a smaller town, so we never talked about, like the LGBT community or anything,” said West.

When she developed feelings for women as well as men she had no LGBTQ+ people to look up to and validate her feelings. It wasn’t until she transferred to the Iowa City Community School District in eighth grade that these experiences were normalized and she saw that not all women were strictly attracted to men and vise versa.

The first out lesbian West knew was the grandmother of her best friend at the time, who in eighth grade asked West if she had feelings for her granddaughter. West told her best friend about that conversation and then came out as bisexual.

I didn’t know exactly what the label was, because I grew up in a smaller town, so we never talked about, like the LGBT community or anything.”

“My friends were the only people that knew of it at the time and they were all really supportive about it. It was really nice that they were supportive, because I was still kind of new to the school so I didn’t know how it was going to go, but I was proud of it,” West said.

After she came out, her peers approached her and shared their identity with her. Those conversations led West to become more informed about the community.

During her freshman year West had the conversation with her mom.

“When I came out to my mom, it was a lot to handle at first, but then once she realized that I wasn’t joking she accepted me for it and was there for me; and we did that whole emotional crying and hugging thing. It meant a lot to me because I knew that she accepted me for who I was,” West said.

She was nervous to tell her dad, but a year ago she finally told him. By then West had attended some LBGTQ+ events, telling him that she was going to support the community, and she had a rainbow flag in her room.

Because of this, her dad had already thought she was part of the community by the time she said it out loud and they didn’t “have to have an awkward conversation, so that was nice,” said West.

To people still in the closet, West gives this advice.

“It’s okay, if you don’t come out, don’t let other people pressure you. Because that’s your own experience.” West said. “So if you feel comfortable saying it to somebody, then say it, don’t be afraid, because you are who you are. But if you don’t want to say you it you don’t have to say it.”