IHSPA recognizes both Trojan Epic and WSS staff as 2019 All-Iowa Yearbook and News Team of the Year, respectively 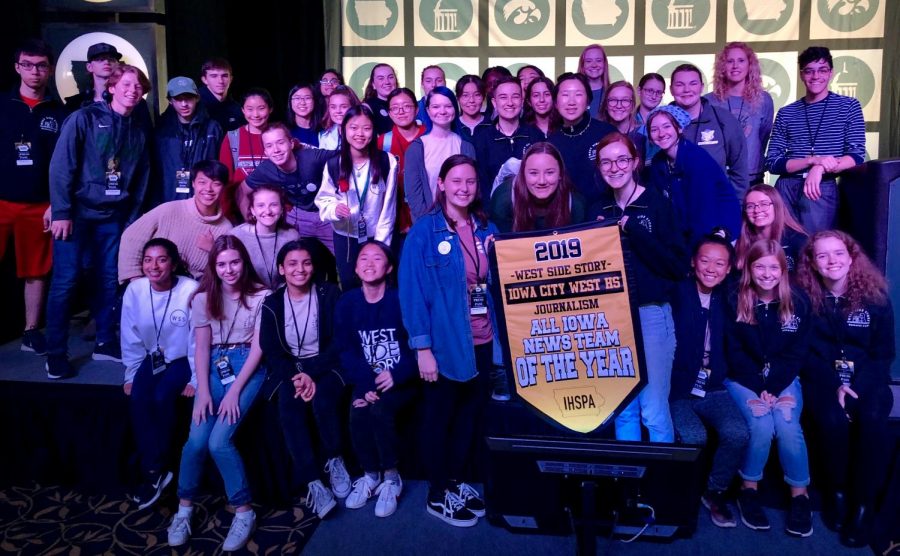 The Iowa High School Press Association recognized both the Trojan Epic yearbook and West Side Story staffs at its annual state journalism conference at The University of Iowa on Oct. 24. The Trojan Epic was named a 2019 All-Iowa Yearbook of the Year and the West Side Story staff was named a 2019 All-Iowa News Teams of the Year.

IHSPA judges selected the Yearbook and News Teams of the Year from a field of finalist schools, determined from the schools with the highest number of points accumulated during IHSPA’s various journalism contests.

In 2017, IHSPA introduced the All-Iowa awards, and West has been recognized every year since.

Students participated in various breakout sessions and attended the keynote speaker, Seung Min Kim, who is a White House reporter for The Washington Post and 2003 West High graduate.