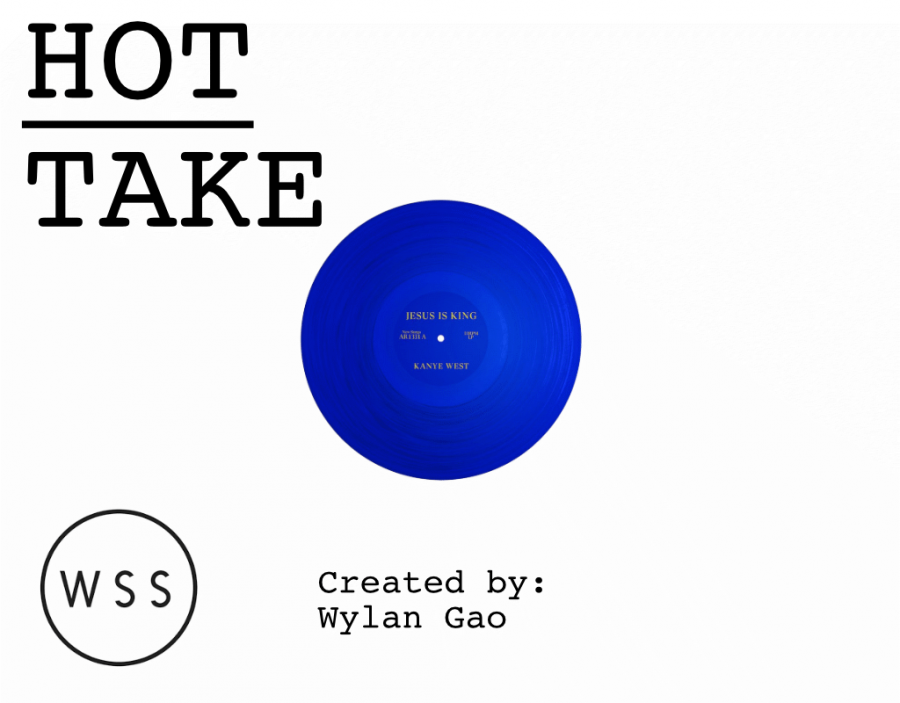 Jesus Is King is the first installment of hot take, in which Wylan Gao discusses new music with a guest. In this episode, Gao and Wilbur discuss Jesus Is King, the most recent addition to the acclaimed discography of infamous rapper Kany West.

Prior to the Oct 25 release of the album, West had been ratcheting excitement for his upcoming work for well over a year. After scrapping the secular EP Yandhi in late 2018, West began putting on performances with his gospel-worship group Sunday Service.The culmination of West’s work with Sunday Service is Jesus Is King, an album which has polarized listeners like only a Kanye album could.