Behind the scenes of Theatre West’s She Kills Monsters

As the play approaches, the crews behind the scenes is working tirelessly to prepare for the upcoming opening night. 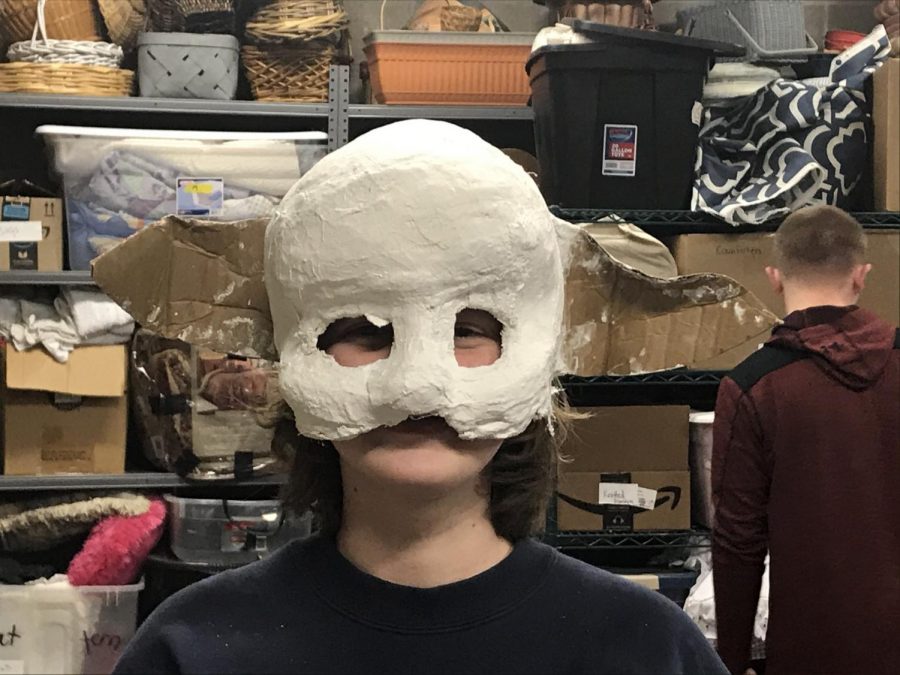 Kaylee Gibson 23' models a monster mask to insure a correct fit before an after school props meeting.

West High’s winter production, “She Kills Monsters,” is a play about a girl named Agnes Evans who has recently experienced a tragedy in which her parents and younger sister passed away in a car accident. After her world is shattered, she finds a “journal” by her sister that turns out to be a story line for a role playing game called Dungeons & Dragons. She finds out that Dungeons and Dragons is a fantasy role playing game, led by a main story teller (a dungeon master) that’s commonly played between groups of nerds at her school. Agnes recruits the help of well known dungeon master Chuck Biggs to help her play out the game and take a small peek into the world her deceased sister loved so dearly. The fantasy aspect and creatures in the play create an interesting challenge for crews behind the scenes and it will take a lot of work to get a glance into the adventure that lies ahead for Agnes. The set and props crews at West are working tirelessly to make sure it turns out as fantastically as expected.