From the good, to the bad, to the just plain awkward, here’s what it’s like to have a teacher that doubles as a parent. 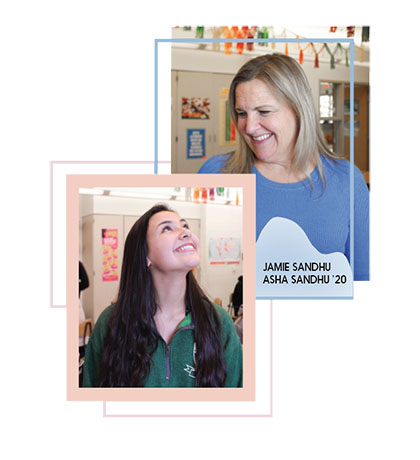 The relationship between a parent and child is unlike any other. First thing in the morning, the pair might eat their breakfast together before going their separate ways. Later in the evening, they recap the day over a family dinner. Now imagine if that relationship went beyond home life — seeing your mom or dad everyday, for example, when going to school or work. For some students and teachers at West High, this is the case. There are a number of students whose parents are West High staff members, and for many of them it creates a special bond, unique among most parent-child connections.

For Asha Sandhu ’20 and her mother, Spanish teacher Jamie Sandhu, this connection is something they hold dear. The majority of the past eight years that Jamie has worked at West, one of her two children has attended the school.

“I’m not going to know what to do when she goes go away [to college],” Jamie said. “It’s comforting for me [to know where she is], and I love my daughter so much. I think it’s really good for the students to see us interact. It makes them realize that ‘She’s more than just a Spanish teacher; she’s a mom too.’”

From sharing a laugh together in between class periods and storing food in their parent’s classroom to getting passes to class (only in dire circumstances of course), having a parent as a teacher definitely has its benefits.

“Coming into high school it was really nice to have that fluid home and school life,” Asha said. “If I had a question about school, not even about a certain class but about high school in general and the norms, my mom could answer that.”

Another advantage is the ability for these parents to give advice to their children on what learning resources and classes are available. Since they are constantly at West, these parents sometimes know of opportunities other parents wouldn’t be keyed into. To librarian Jill Hofmockel and her son Thomas Ham ’22, these words ring true.

“I don’t think [Thomas] would’ve known about the Tech Support class if he weren’t my kid. He had an elective where he was Mr. Meade’s helper and learned how to fix broken chromebooks,” Hofmockel said. “It’s never a ton of kids, usually one or two kids per class period. I just thought it was totally up his alley.”

When it comes to the downsides, a common one among teachers’ children is hearing negative comments about their parents. Teachers tend to be aware that students talk about them from time to time, but when your child is in the social ring, hearing comments about their own parents can add a whole other layer most people don’t think about. Though frustrating at times, learning how to let the comments roll off one’s back is crucial. For Asha, she’s come to just ignore them and move on.

“It doesn’t really make me feel awkward, but maybe it’s just because I don’t really care that much what other people think in general,” Asha said.

On the parent’s end, working alongside their colleague who is also their child’s teacher can sometimes prove difficult to balance as well. Ensuring that one maintains a professional and normal parent-teacher relationship is something many teachers with students at West have to manage. Art teacher Christian Aanestad has found a system that works for him and his son Owen Aanestad ’22.

“Most of the time, if there is a grade issue or other things, I ask, and my co-workers have been very good about this, that they communicate first with my wife so that we can have that conversation at home just like [other students] would,” Christian said.

As for unrealistic expectations that follow children of teachers, a customary one is that a teacher’s child should excel at the subject their parent teaches. According to Asha, many of her classmates expect her to be bilingual as a result of what her mom teaches.

“I think it’s more the students [making assumptions] than the teachers because teachers have kids,” Asha said. “They know that their kids aren’t necessarily smarter in their subject area.” 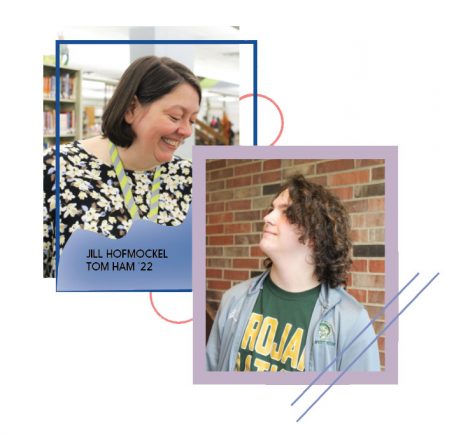 Though all three students have some degree of interest in their parent’s specialization, none of them are passionate about these subjects. Ham, for example, doesn’t consider himself an avid reader and doesn’t believe teachers expect him to be.

“They don’t have any higher expectations of me I don’t think, that I know of, but [teachers] already know me on a semi-first name basis before I’ve ever seen them [because I’m her son],” Ham said.

Spending so much time together, both at home and at West, means a few awkward moments here and there are inevitable. Owen remembers one such instance at the homecoming dance this year.

“[My dad] was chaperoning the homecoming dance, and everybody’s at the dance. He gave us a ride on the Gator,” Owen said. “I don’t know if that’s an advantage or disadvantage, but it’s embarrassing.”

While there are some uncomfortable instances, there are plenty of sweet ones too. For Christian, it’s the little moments, like the conversations they get to have at home, that he cherishes the most.

“When he comes home and I’m like ‘Hey, how was your day at school?’ We can have a different kind of conversation because we know all the same [students and teachers]. I know exactly who he’s talking about,” Christian said. “We can talk about something that impacted us both.” 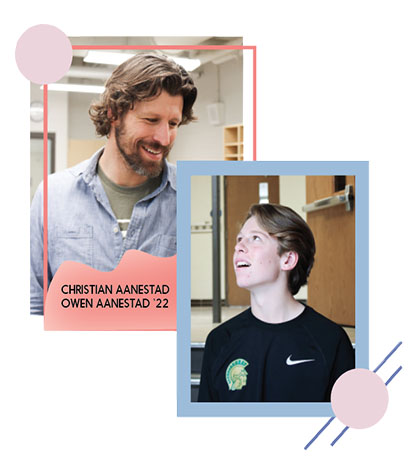 One of Asha’s fondest memories with her mom is the time Jamie escorted her onto the football field when the homecoming court was announced.

“People were like, ‘Señora! Señora!’ And I said to my nana, ‘Half of the people just know me because of my mom.’ And it’s true. But I think it’s funny when my school friends love her as much as they love me. My whole life is memories with her. I don’t really do anything without her,” Asha said.

Having a teacher that doubles as a West High staff member has its ups and downs, but most of the time results in a special connection between the staff member and their child, a relationship not many are lucky enough to share. Though accidentally calling your teacher “Mom” or “Dad” may have seemed like the end of the world in elementary school, for a select group of West High students they’re proud to do so.