West falls in Battle for the Pins 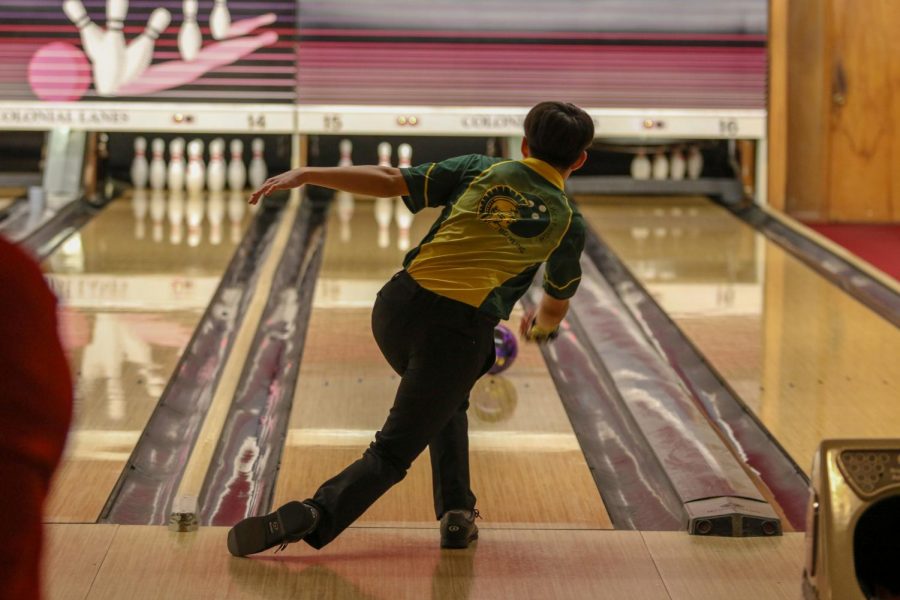 David Jang '22 bowls a spare on Nov. 26 at Colonial Lanes against City High.

Both the West High and City High girls and boys bowling teams call Colonial Lanes home, but tonight’s matchup was a  battle for the home ally and the King and Queen pins.

The boy’s team finished the night with a combined score of 2,215 compiled of the match’s individual and baker rounds. The 183 pin deficit was too much to handle for the Trojans as City High took home the King Pin with a combined score of 2,398. West was led by sophomores Alexander Rohm and Ryan Bys. Rohm bowled  323 in two games while Bys led the whole team, bowling a 372 in two games.

The girl’s team also came up short as they let City High leave with the Queen pin by a total pin deficit of 342. Led by Senior Kylie Rohm who bowled a 329 in two games, West High combined for a score of 1,945 compared to City High’s 2,287 pins. Underclassman Jade Ritchey ’22 made her 13th varsity start as Neena Turnblom ’23 made her first appearance in the varsity lineup tonight. Ritchey bowled a 213 and Turnblom bowled a 191.

Both the girls and boys bowling team will be back in action at Colonial Lanes on Jan. 3 for a Mississippi Valley Conference match.