No cap recap: What is the hardest high school sport?

West High wrestlers, cross country runners and swimmers debate which of their sports is the most mentally and physically taxing on this episode of No Cap Recap. 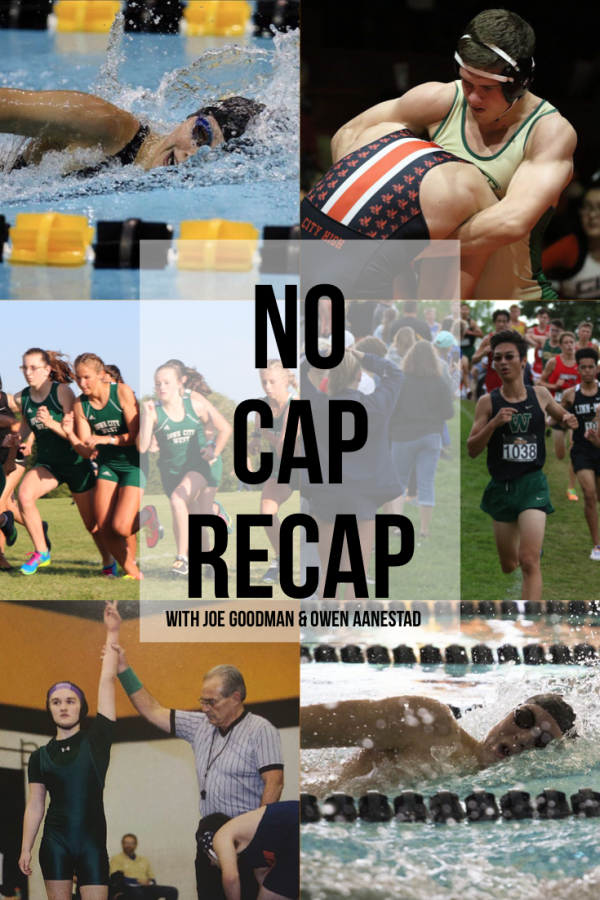 In this second episode of No Cap Recap, sports editors Joe Goodman ’20 and Owen Aanestad ’22 attempt to find an answer to an age-old question: what is the hardest high school sport?

Now, every sport at West High comes with a certain degree of difficulty and physical exertion. Even a seemingly laid back sport such as golf takes years of practice and focus to become even an average player. With that being said, we boiled the debate down to two metrics: physical and mental taxation. Using those two benchmarks, we felt that these three sports stood in a class above the rest.

Each sport nominated two of their athletes as spokespeople in the debate. The swim teams were represented by James Pinter ’20 and Olivia Taeger ’22, both of whom scored points at their respective state meets in the last year. Varsity runners Raymond Yang ’20 and Minou Emmad ’23 argued for the cross country teams, with both runners having placed in the top 30 at the state qualifying meet in October. Lastly, senior wrestlers Will Hoeft and Laurel Haverkamp defended the wrestling teams, with Hoeft having placed sixth at the state meet last year and Haverkamp as one of the early advocates for the newly-formed girls wrestling team.

Listen below and decide for yourself which team made the most compelling arguments: