The theorem for winning

West's Mu Alpha Theta has been winning since its creation, but the club is about more than just winning. 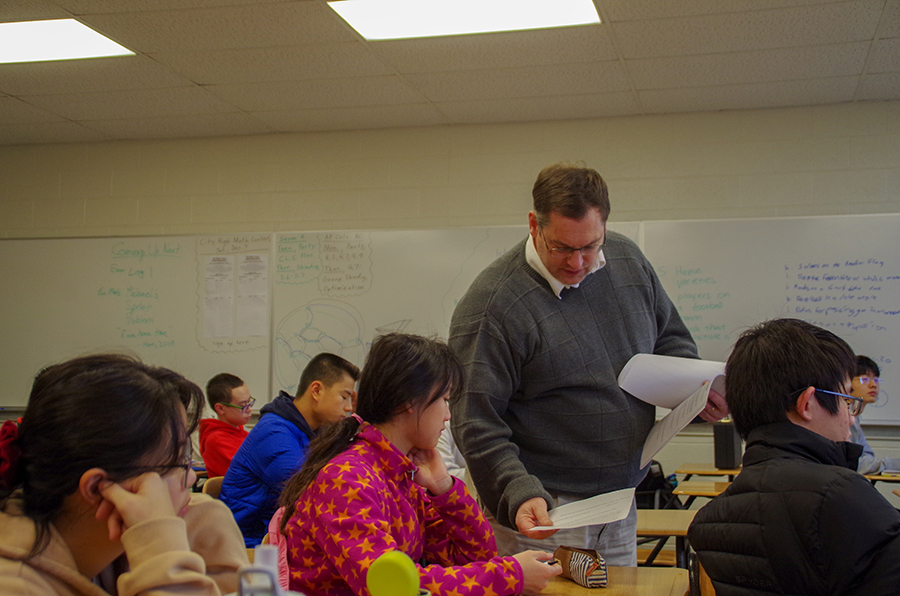 You enter room 206 on Tuesday morning and take your seat. One of the fellow members of Mu Alpha Theta starts to describe one of the various math ideas discussed in the club. In about 30 minutes you are taken off to room 202 where you take a seat and are handed a practice exam, as a timer counts down. When the timer reaches zero your test gets scored and though you may not have done too well on it, you realize you had fun learning math.

Mu Alpha takes timed tests on different math topics every week to compare their math skills to the many participating schools across America, and at the end of the year, they get rewards based on how well they did.

Ever since 1993 when West students were first fully involved in math competitions, Mu Alpha Theta, the math club at West, has been leading the Trojans to victory across multiple math competitions. These competitions were either in-school tests that were compared to other schools across America and club meetings at other schools involving a span of schools.

“The best thing about math club is meeting new people, especially at the beginning of the year,” said Michael Han ’20.

Han originally joined the club because his sister participated in it. Han has always excelled in math and in competitions since joining the club as a freshman, later earning him the spot as the student leader when he was a junior.

Han also mentioned a rewards system at the club.

The teachers that lead the club are math teachers Gregory Witt, Karen Meyer, Jon Bach, and James Kirpes. Kirpes runs the student organization by talking to members about upcoming competitions. Witt sets up the weekly exams. Meyer sets up transportation to and from competitions. Bach does not have a specific role because he helps whoever needs it that week. For the most part, though, the club is run by the students. The students decide on what math topics they want to discuss for that meeting, and how to best prepare for upcoming competitions. The competitions vary by class and grade, but during the meetings, all the members meet.

Mu Alpha Theta has been successful throughout its years, and this year West won first place with both the varsity and junior varsity teams. Despite this success, the main goal of the club is to have fun learning math.