Renee Gould ‘22 discusses the modern controversy of gun control and how to stop gun violence, as well as her personal experience with guns. 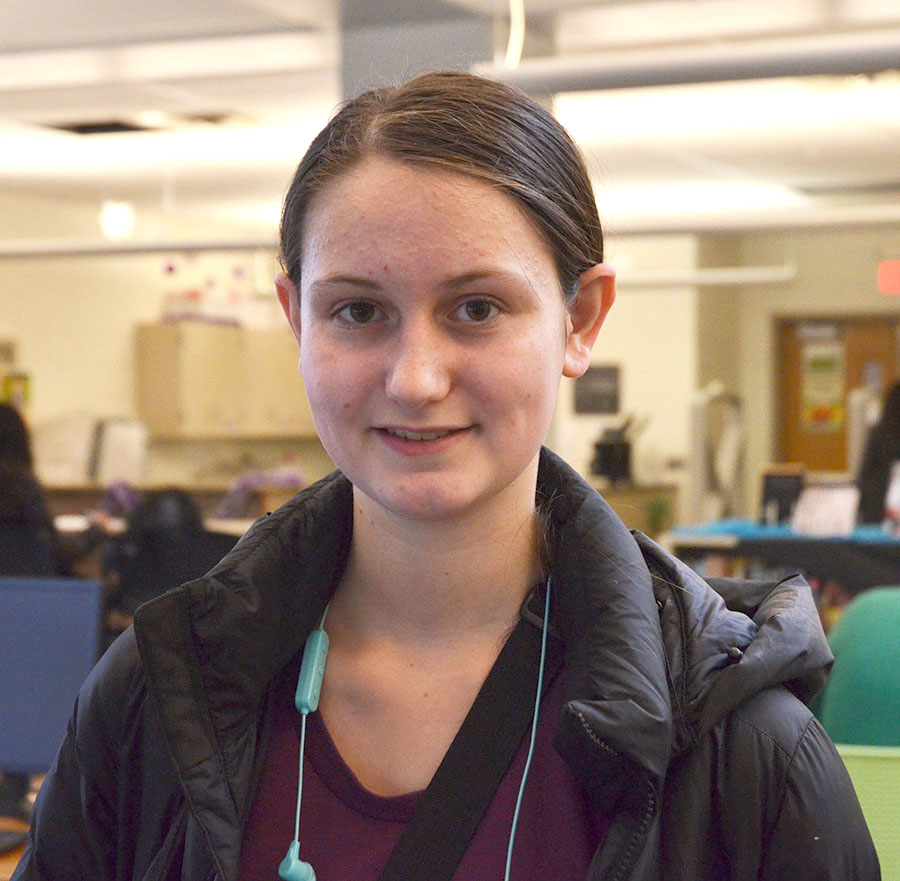 Renee Gould '22 standing in the library during AFT Tuesday the Dec. 10.

Unpopular opinions are becoming, ironically, more popular, so here’s mine: the current gun control conversations are not being conducted correctly. Political officials, though they do have expertise, may not have enough to be leading this particular conversation.

First of all, I want to start with a very common idea: mandatory background checks. I am all for background checks, however, these already exist in the form of NICS Law (meaning gun sellers must do backgrounds checks), however this doesn’t apply to private sale which can be easily changed is to extend it to private sales, something no candidate is specifically talking about. Private sales are sales between two people, without a business transaction beyond giving money for the gun. This is a loophole in NICS Law, and is what should be focused on in political discussions, not promising something that already exists.


Another thing people generally agree on is the banning of assault rifles, and this has been widely discussed, even here at West. There’s a difference between ‘AR’ and ‘assault rifle’. ‘AR’ is a company, ArmaLite Rifle, which developed AR-15’s. An assault rifle is made by the accessories attached to it, not the gun itself. It’s mainly about a detachable magazine, a pistol grip, verticle forward grips, flash suppressors, or a barrel shroud. As well, if we were to ban assault rifles, which is what most people mean when they say ban ARs, just about any gun could be classified as an assault rifle, but reversely, almost any gun can be modified as not an assault rifle. It would be nearly impossible to inforce.

Sometimes you hear politicians talk about “common-sense gun laws”, which is easy to say, but means absolutely nothing. Common-sense is relative, and this shouldn’t ever be someone’s position on guns as it could mean literally anything. Another thing similar to this is “low capacity magazines”, or the loss of ability to shoot many bullets without having to reload. However, this begs the question, what is low capacity? It could be one bullet per magazine or 50 bullets. It could even be 100+ bullets per magazine. It’s a completely relative measurement and tells voters little about the actual position of the candidate.

I want to talk about my solution to gun violence. Of course, this is not a cure-all, but I believe it will help greatly. Laws about safe-storing need to be passed. These laws would detail that all guns must have trigger locks at all times except during legal use, such as licensed hunting, licensed gun shows, and licensed shooting at ranges, and must also be locked in a safe. Many would argue this infringes on the right to privacy, however there are already many programs that make routine home-checks to watch for improper use. Ammo must be stored and locked away separately, and all the keys must be separate, i.e. the keys can’t have a permanent home right next to the safe.

Then there’s training; background checks should include training in gun handling, and there must be government-regulated high-quality classes that are required by all persons inside the house/apartment/etc. where the guns will be stored. These classes will teach how to properly store guns, how to behave around them, as well as proper handling.

There also must be an owner-responsibility law. Meaning that the legal owner will be held responsible for the gun. This means that if the owner privately sells it without a NICS background check and the buyer then goes on to commit crimes using said gun, the original owner (the one who sold it) will be held financially, morally, and legally responsible. For the legally responsible, if there were to be murders the original owner would most likely be charged with involuntary manslaughter while the buyer who used the gun to commit murders would face the appropriate murder or attempted murder charges. This would also apply to if someone in the household were to be able to get a hold on the gun. The owner as listed on the gun would be responsible for storing it such that no one else could get it. If someone else were to get a hold on the gun and used it to commit a crime, then the owner would be again held financially, morally, and legally responsible. Of course, in cases where all the storage requirements had been met and someone still stole the gun, like in a break-in, the gun would have to be reported to the authorities in order for the owner to not be held responsible. I believe this would help to massively cut down on the number of shootings and gun-related violence as people who own guns would be much more accountable in stopping their guns from being used for violent reasons, or from being stolen or sold.

Finally, I want to talk about one of the most controversial things of all: second amendment rights and banning guns. If you’ve not picked up on it yet, I’m highly against banning guns. I believe that it won’t actually stop much at all. Even today, in a state of national emergency, a president would be able to deploy troops on the people without congress giving consent. It’s not unreasonable to be wary of politicians proposing to ban all guns.

Next, I want to bring in my personal experiences. I have two that have been extremely impactful for me and I believe will show people who’ve never had an experience with guns, except for on the news or in a tragedy, why they’re so important to those who are against banning guns.

Guns have brought me and my father closer together. My father is an ex-Marine who served for 10 years. The first time I ever shot a gun was when I was around 13 or 14 with my dad. It was early, especially for summer standards, with the sun just barely struggling into the sky. On the way, he drilled me on safety. The basics like never go downrange, which is just past the stands from where the guns are shot from, always treat guns like they’re loaded, only point at targets you want to shoot, what the parts are and how they work, the basics of aiming, etc. Once we got to the small range enclosed in a tall chain-link fence, I realized how quiet it was. It was just us there, folded between the carved-out mountainous cliffs. He handed me bright orange earplugs before we started unloading. He loaded the sleek magazine and showed me how to put the magazine in before helping to position the gun where I could shoot it. I had always been focusing on more than one thing, throughout my entire life, but in that moment the world narrowed down as my vision tunneled. All I had to do was put the bright red dot on the tiny center of the target. Inhale slowly, hold it steady, exhale and adjust. Squeeze the trigger the moment your lungs are emptied. Again. Focus… hold a bit further up the barrel to hold it a bit higher. Again. Until the magazine is empty. Carefully lay down the gun.

I remember the triumph of seeing my shots at the end. I shot only 15 bullets. The first 10 were pretty much all over the place, as I was still getting used to learning how to shoot. And then there were the last five. A small cluster of five holes in paper that all together was only about the size of a quarter. I went home that day feeling massively accomplished, and it started a tradition of my father and I getting around an hour of time with just us two, generally every other week in the summer. To this day, I love learning how to reload, as it’s mostly science, physics, and trial and error. And I get to go out with my father and do something out by the edge of a forest, with just us two. Shooting has become something that gives me confidence in myself and allows me to destress. Having that taken away would be a loss of something that’s become a part of my identity.

The second one is a showcase of how meaningful teaching a child or grandchild how to shoot is to some people. Sometime in the early spring last year, my father met up with one of his work colleagues, who’d also been part of the armed forces. He’d also brought his daughter, who was around my age. After reminding us of all the rules, we waited for the guest of honor; a family friend, who’d fought in the army for years and had been recently diagnosed with incurable brain cancer. The last thing he’d wanted to do was teach his granddaughter how to shoot while surrounded by his close friends and family. It’s something I won’t ever forget, because although we were only there for an hour, it brought us all closer together. It’s also the only time I’d ever met other people in Iowa who shot guns like my father and I do. We were at a massive range, it spread a couple hundred yards and was absolutely beautiful. It  was then I realized that by giving only sixty minutes of my time, I was able to make a change for others through this activity. Sadly, the grandfather died only a week later.

For me, guns are not just weapons. They’re a symbol of who I am, who my father is, and being able to protect myself. Knowing about gun control is something that’s extremely important to me. And as this topic becomes something more and more in the public eye, I’ve found that few of the people shaping gun laws actually feel the way I do about them, and often don’t understand why guns are important. They also don’t seem to understand what will help will gun violence or will only use broad terms that get voters fired up without actually changing anything.