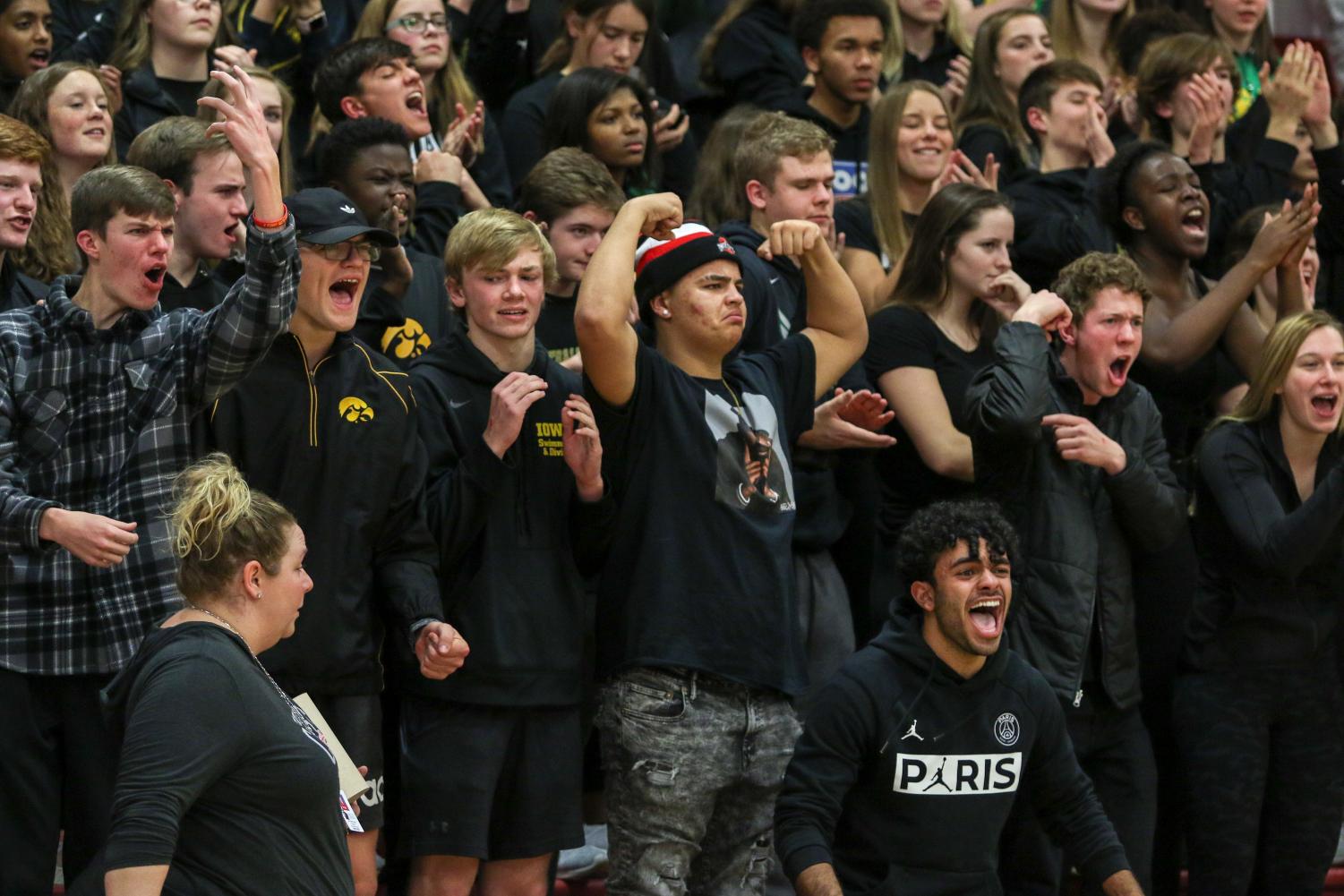 The girls basketball team falls to highly-ranked City 75-56 while the top-ranked boys control the Little Hawks for a 55-46 win on Dec. 14.

For the past couple of years, Iowa City has been the home of two of the top girls’ basketball teams in the state. Twice every season the Women of Troy and Little Hawks face off for a well-played, intense matchup.

Highly-ranked City High took down the Women of Troy 75-56 at City on Dec. 13. From the start, it seemed to be all Little Hawks as they went up 13-4 early in the first quarter. Flustered by the Little Hawk’s full-court press and ability to knock down threes, West High’s deficit continued to increase. Matchups between Matayia Tellis ’21 and Rose Nkumu ’20 and Audrey Koch ’21 and Aubrey Joens ’20 didn’t disappoint at all. Both Tellis and Koch continued to chip away at City High’s lead with some and-ones and scrappy defensive plays.

At halftime, it seemed to be getting out of reach for the Women of Troy down 46-31. Brief sparks including a three from Jenna Saunders ’21 hyped up the West High bench toward the end of the third quarter but the team couldn’t rally enough points together to get past City High’s early lead. By the fourth quarter, City High resorted to running out the clock by holding the ball at the top of the key. Koch led the Women of Troy in scoring with 29 on the night but it wasn’t enough to get past the highly ranked Little Hawks.

The Women of Troy will have another shot at the Little Hawks on Jan. 31 at West, but will be back in action at Dubuque Senior on Dec. 17 and back at West as part of another doubleheader against Linn-Mar on Dec. 20. 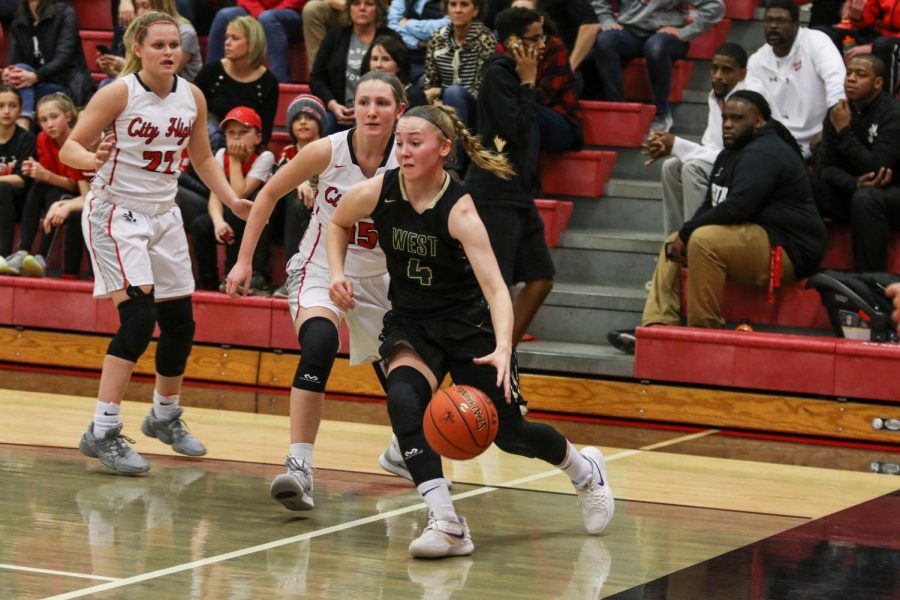 Boys escape with a win against City

Senior Even Brauns started the game off hot with West’s first four points but then found himself in some four trouble after some questionable charge calls down low. Without Brauns, the Trojans still found ways to score including some put back buckets from Tate Crane ’20 and a three-pointer from Christian Barnes ’22 to put West up 20-11 at the end of the first quarter.

Guards Joe Goodman ’20, Nick Pepin ’20 and Marcus Morgan ’21 put together multiple heavily contested drives and dishes for points to go along with their free throws. The trio also stayed in front of the Little Hawk guards exceptionally well in the first half as West High went into the break up 29-18.

With a three-pointer from Crane and a charge from Ben Vander Leest ’20, the Trojans got through the third quarter and went into the final period with a 14-point lead. A late three-point splurge from City High’s Kolby Kucera ’21 dropped the lead to ten in the fourth but it didn’t fluster coach Steve Bergman’s squad as they held on for the win. Despite the early foul trouble, Brauns finished the game strong not only with the buzzer-beating block but with a team-high 17 points and seven rebounds. Morgan and Goodman combined for 17 points on the night and were a big part of West High’s defensive presence.

The boys’ basketball team moves to 3-0 on the season and is back in action at West on Dec. 17 against Dubuque Senior along with another girls and boys doubleheader against Linn-Mar on Dec. 20.

Gallery|22 Photos
Owen Aanestad
Nick Pepin '20 drives the baseline during the first half against City on Dec. 14
Leave a Comment