“Underwater” is the perfect balance of horror and comedy

"Underwater" is the ideal film for people who don't normally enjoy the horror genre. 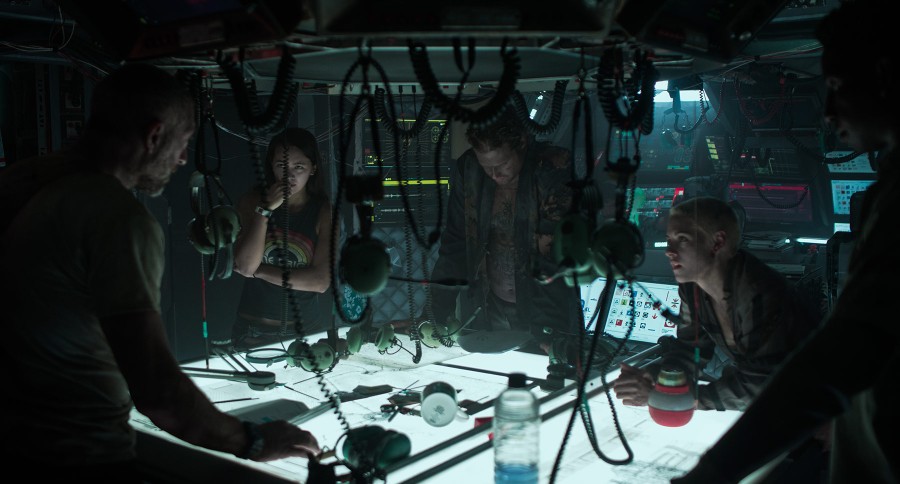 William Eubank’s “Underwater” is a flashy new thriller that leaves you on the edge of your seat. With its combination of CGI and underwater cameras, you feel like you are alongside the main characters seven miles beneath the ocean’s surface. Each character provides an interesting new lens on each situation that comes up, but its the comedy relief from T.J. Miller that makes the movie great.

The film starts its chaos right away as the drill site at the bottom of the Mariana Trench starts shaking from time to time with the workers assuming that it is just an earthquake. However, as they try to escape to the surface they realize the shakes come from a more sinister cause, with the main character Norah leading us through the crumbling drill site as the fellow workers get picked off one by one.

For people who love a shorter film, its 95-minute runtime is a plus, the film feels neither rushed nor stretched; throughout the movie, you are left on the edge of your seat with no points of the movie slowing down or speeding up drastically. 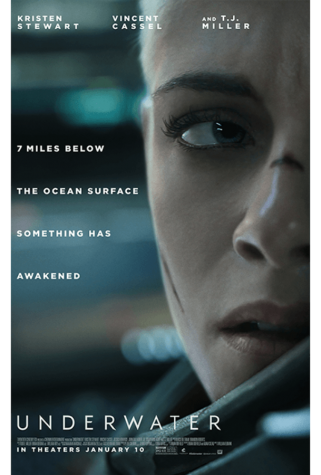 Other stars such as Kristen Stewart and Vincent Cassel bring out their characters with vindication which keeps the viewers engaged in the story. The film is guided through the viewpoint of its main character Norah (Stewart), although other characters add to the story, she is never left out of a scene.

As a person who does not go to a lot of horror films, I was delighted to see that this film uses more suspense and jump scares instead of the overall subject matter of typical horror films. Fans of the “Alien” series will enjoy this film as the movie clearly takes inspiration from it. While the movie is underwater, its suits are reminiscent of those used in space films.

“Underwater” is a film that is offbeat from the films that I usually see, but it was the exact film I wanted to see because of its originality. If you want a film that goes off the beaten path of both horror and comedy, this film is perfect for you. Even if you are like me and don’t watch a lot of horror movies, you will like its subtle suspense and its comedic timing.