On Wednesday, June 3, Mayor Teague and other council members hosted the Speak Up, Speak Out event, allowing citizens to voice their opinions. 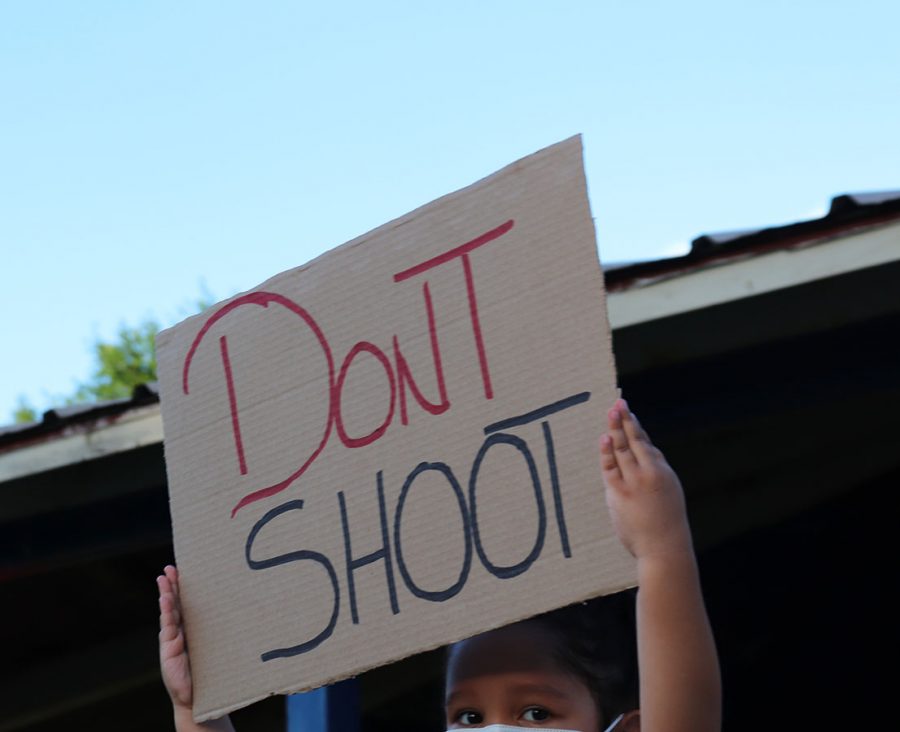 A little girl holds up a sign for the crowd to see, possessing the words 'Don't Shoot.'

On the evening of June 3, Mayor Teague, Royceann Porter and Mazahir Salih lead an event called Speak Up, Speak Out. This event allowed citizens to speak their mind, particularly about racial matters. People of the community took the microphone and told their stories to a respectful audience. In light of the recent Black Lives Matter protests, this was an opportunity for Iowa City residents to speak to the community leaders who can make a difference.