The Women of Troy have advanced to the regional semifinals after defeating Waterloo West 10-2 on July 16. 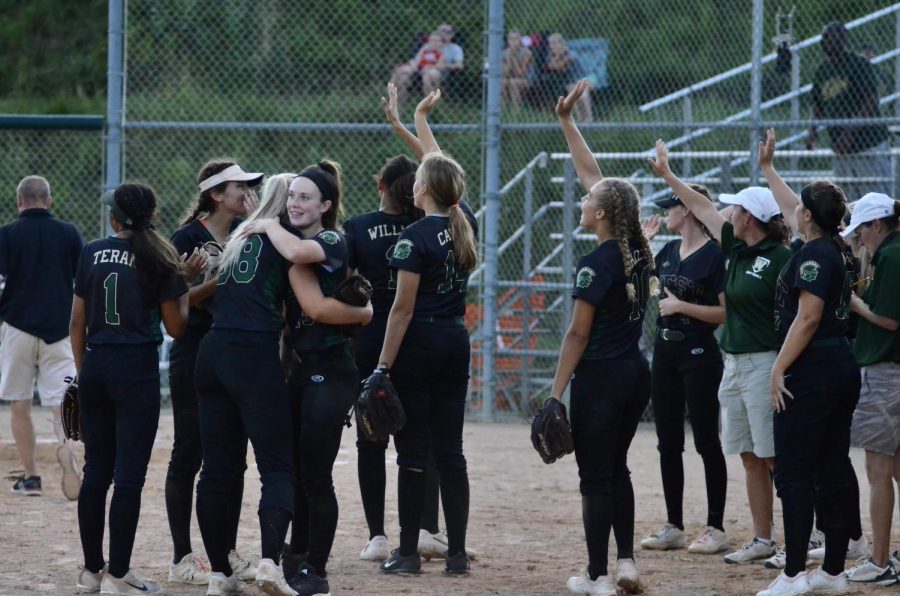 The Women of Troy wave to the Wahawks to thank them for playing July 16.

The softball team kicked off their postseason in a home game against Waterloo West on July 16. The team took control of the Wahawks 10-2 to advance to the regional semifinals along with five strikeouts from Eva Burbidge ’20 and three RBIs from Rylee Goodfellow ’21.

The Women of Troy started the regional quarterfinal game with fire. Burbidge held the Wahawks to one hit and zero runs in the top of the first. West scored three runs in the first with hits by Burbidge, Liv Williams ’21 and Kiahna Hill ’20 and a RBI from senior Kate Sehr and Goodfellow.

West moves on to play the Little Hawks on July 18 for a spot in the regional championship.