The Women of Troy lost to City High 2-9 in the regional semifinals on July 18. 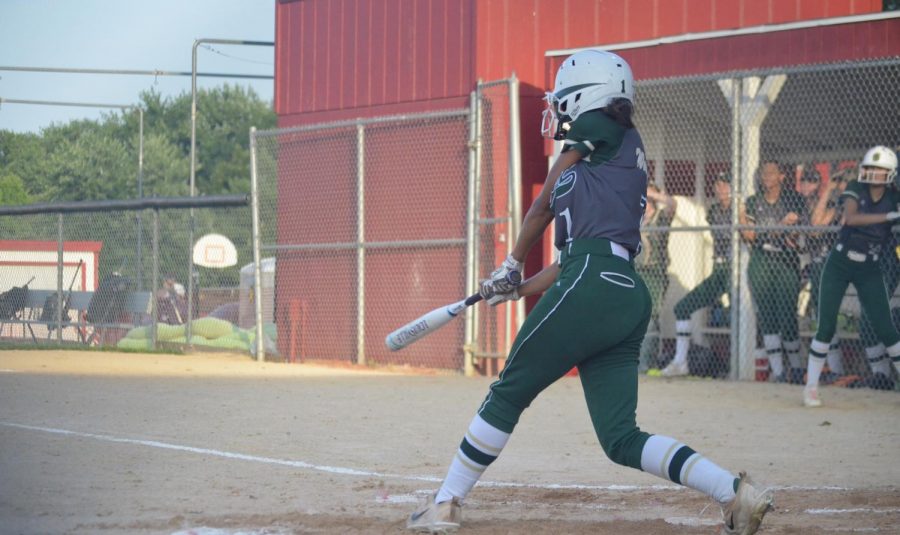 Tamiah Teran '23 swings the bat in the regional semifinal on July 18.

A crosstown rivalry game is bound to be intense, but the Women of Troy’s July 18 regional match-up felt particularly weighty.

The softball team fell to City High 2-9 in a rematch game  for a spot in the regional finals.

The Women of Troy put two runs on the scoreboard early in the first to take a 2-0 lead. However, the lead for West was quickly overturned by the Little Hawks after two back-to-back solo and one three-run home runs in the first, changing the score to 2-5.

Another three-run home run in the second from City High Carey Koenig extended the Little Hawks’ lead to 2-8.

A single from Rylee Goodfellow ’21 and walks for Maddie Caylor ’22 and Tamiah Teran ’23 loaded the bases in the sixth. City High pitcher Ayana Lindsey escaped from traffic and denied the Women of Troy to score.

A solo home run from City High in the bottom of the sixth widened the Little Hawks’ lead to 2-9. Senior Kiahna Hill’s double in the seventh proved the team’s potential for additional runs in a strong battle, but City High’s strong defense refused the Women of Troy a chance to do so.

The softball team fell to City High 2-9 and finished off their season with a 8-15 record.

Although the team’s last season was not in an ideal situation, senior pitcher Eva Burbidge believes her career was a memorable experience.

“It’s kind of bittersweet, obviously I am going to miss it,” Burbidge said. “I am gonna miss all my teammates a lot but I think we went out playing well and we did the best we could so I am proud us.”

As one of four graduating seniors on the team, Burbidge looks forward to the underclassmen to carry on the team next season.

“I am proud of them already, I hope that they’ll just do their best and continue the program on and do their thing next year,” Burbidge said. “They’ll be really amazing so I know they will.”