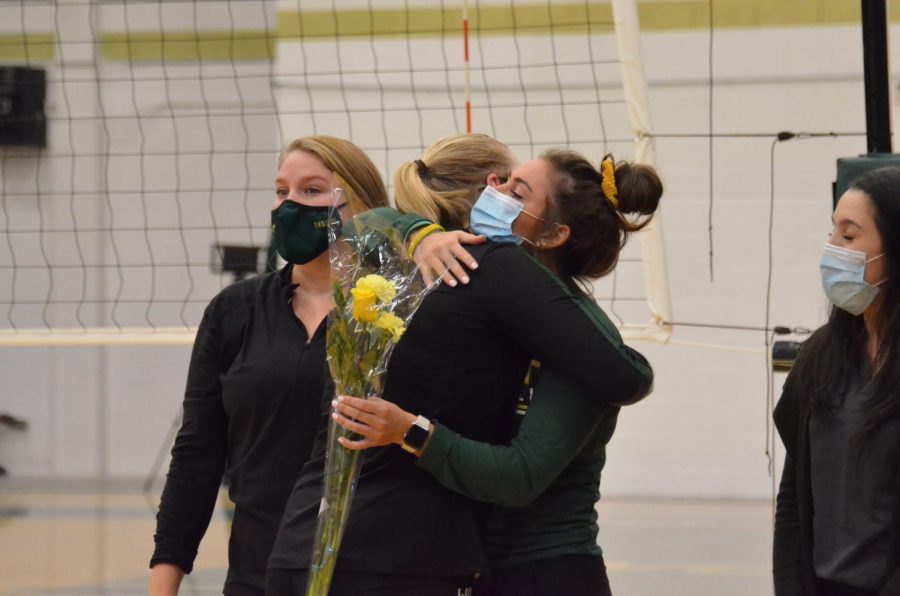 The volleyball team fought hard against their rival, the City High Little Hawks, who put up a fight that not even West could win. That being said, the Little Hawks once again won the Battle of the Spike.

The first set started roughly until Mayowa Dokun ’22 fired off three kills and began to close the gap between the score. With help from freshman middle hitter Melae’ Lacy’s aggressive spikes and strong blocking, they started to gain on City High. However, West still lost the first set scoring 18 points, with City scoring 25.

West brought their ‘A’ game during the second set, and barely lost it to City, the score being 24-26. Again, power duo Melae’ Lacy and Mayowa Dokun pulled out all the stops, blocking hits and slamming kills down on City. This set is also when back row player Kearsten Lenth ’22 and libero Alaina Greenlee ’23 were everywhere at once, digging the ball in order to save essential plays.

As the third set began, senior and right side hitter McKenna Proud got in some sneaky tips and essential blocks. The small but mighty crowds cheered on the team as they closed the score gap and was soon only three points behind City High. With encouragement from their large team on the bench, the Women of Troy were able to keep this close score, with a final score of 22-25, with City taking the win.

The volleyball team will be back in action on Oct. 6th as they face off against Dubuque Senior.