Sports editors Owen Aanestad '22 and Camille Gretter '23 preview the highly anticipated start to the winter sports season and take a look inside the offseason for junior point guard Christian Barnes. 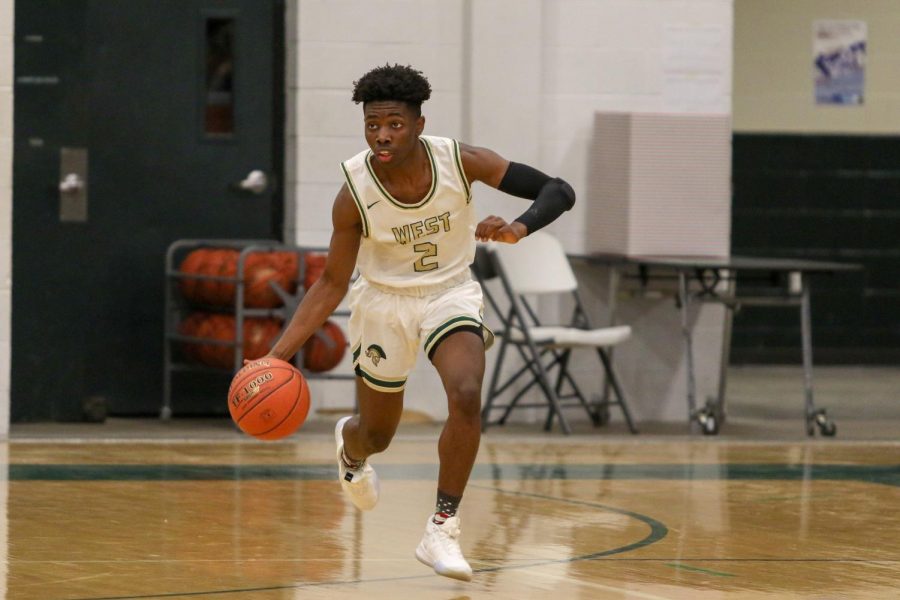 Christian Barnes '22 pushes the ball up the court against Linn-Mar on Dec. 20.

The school district announced on Dec. 11 that students and teachers will return to hybrid learning starting Dec. 14 which allows the start of winter sports. The boys and girls basketball teams, the boys swim team, the wrestling team and the girls and boys bowling teams will all resume practice in competitions in the days and or weeks to come.

First day of practice ON THE SEASON for men’s basketball! #GoTrojans pic.twitter.com/31hHuikh1e

On this episode of the No Cap Recap, hosts Owen Aanestad ’22 and Camille Gretter ’23 stay optimistic and look into what the winter sports teams have in store for 2020 including an interview with boys basketball point guard Christian Barnes ’22.
Highlights
Coming off of a historic year Steve Bergman’s boys basketball team lost a lot of pieces to the puzzle after going 21-3 and making their tenth consecutive trip to the state tournament. After graduating almost their full starting line up expect to see some new faces showcasing their talents for the Trojans this winter. Two returning playmakers to watch include point guard Barnes and three-point specialist Andrew Tauchen ’21. Skip to 2:03 for more on the boys basketball team.

Crowning three state champions in one year is something that programs around the state dream about but it was the reality for Nate Moore’s wrestling team last year. The Trojans are back and looking for another MVC championship with returning state champions Hunter Garvin ’22 and Graham Gambrall ’21. Skip to 4:41 for more on the talented wrestling team this year.

It is a proven fact that BJ Mayer always has his girls basketball team peaking in performance when the postseason comes around each year. After going 14-10 last year and finishing their season only one win away from a trip to Wells Fargo Arena you can expect a lot of the same from Mayer’s squad this year after only graduating two seniors. Skip to 2:56 for more on what you should expect from Audrey Koch ’21, Matayia Tellis ’21 and the girls basketball team.