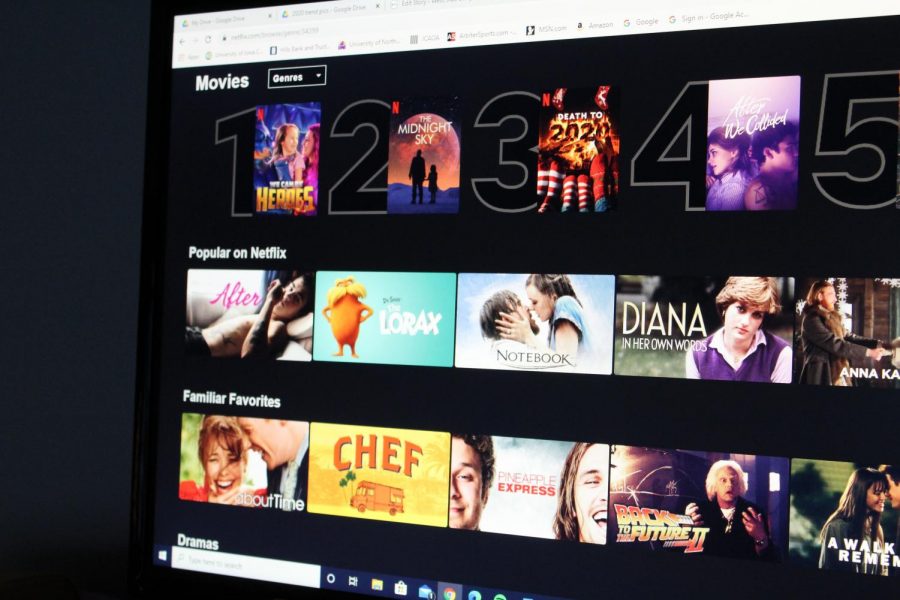 Netflix has added a feature to show what the most popular movies and shows are in the country you're in.

“You” first premiered back in 2018 on the channel Lifetime, and then started streaming on Netflix a few months later. The first season was based on the novel written in 2014 by Caroline Kepnes. With its massive success on Netflix, a second season was released in December of 2019 as a Netflix Original, and a third is set to arrive in 2021.

The movie “Parasite” received 4 Oscars: Best Picture, Directing, International Feature Film, and Writing (Original Screenplay) for the 2020 Oscars. Alongside taking the most awards, the comedy thriller also was the first non-English language film to win the Best Picture award.

Written and directed by Christopher Nolan, the movie “Tenet” tells the story of a secret agent traveling back in time to prevent the start of World War III. The action sci-fi film was released in September and was well acclaimed by most, but others preferred previous work by the director, such as “The Dark Knight.”

“The Mandalorian” was released late last year alongside Disney+ and was loved by many. Set in the Star Wars universe, the first live action series in the franchise won 7 Emmys and had 15 nominations. With the second season coming to a close this year, a third season was revealed to premiere for Christmas of 2021.