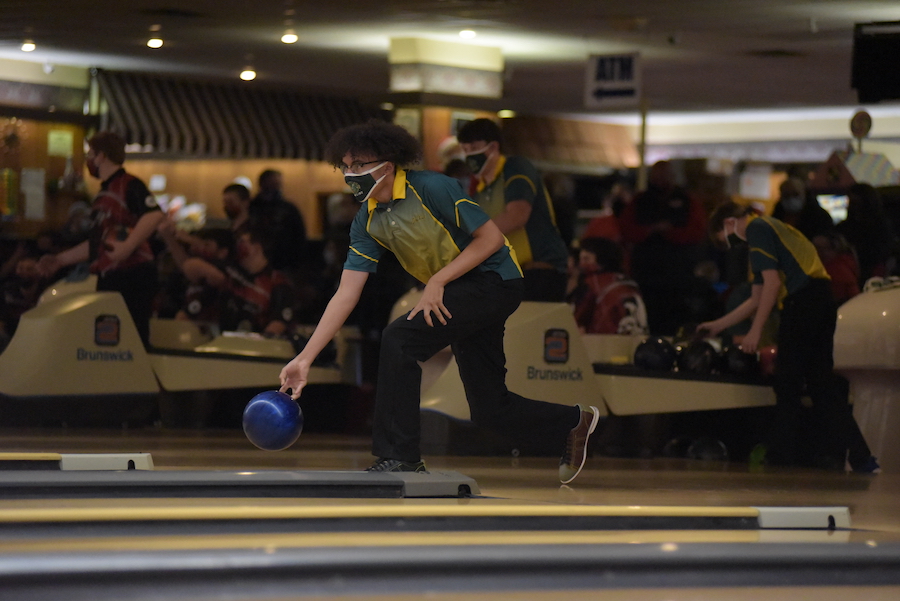 Being the sole bowling alley in the Iowa City area, Colonial Lanes is home ally to all four ICCSD high schools and Clear Creek Amana. Tonight, West and City faced off in the annual Battle for the Pins for a chance to take home the King and Queen pins.

The girls team finished with a combined score of 1,992 knocked pins in the individual match’s and baker round. With a young and inexperienced team, West was not able to top City’s combined score of 2,460. Sophomores Kayla Schindler and Alexa King led West with combined scores of 487 and 390, respectively. Jordynn Brackett ’21, Neena Turnblom ’22, Whitney Noeller ’24 and Jade Ritchey ’22 also bowled during tonight’s match.

The boys team had the same outcome as the girls, scoring a combined total of 2,456 to City’s combined 2,766. Top bowler of the night for the boys was Kolby Ripperton ’23 with a score of 329 in two games. Other bowlers on the Trojan’s lineup included Robert Jones ’21, Cameron McKnight ’21, Nathan Jones ’21, Ryan Bys ’22 and Stirlen Roberson ’22.

The girls and boys teams will next compete at home on Jan. 11 against Linn-Mar.