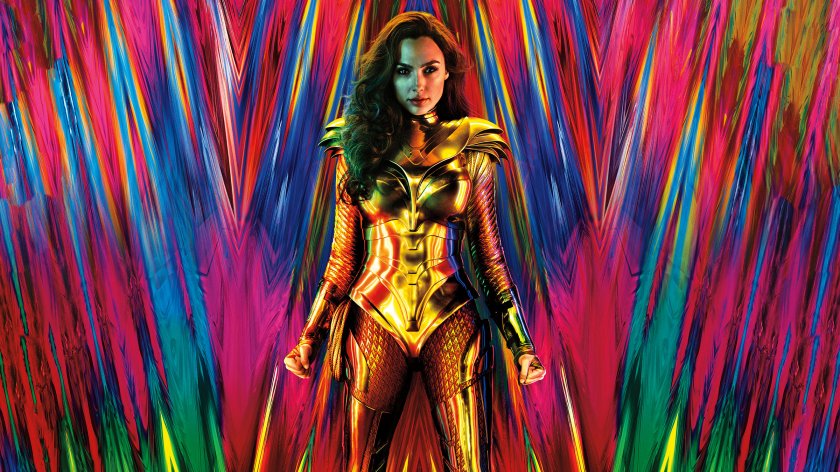 Besides “Birds of Prey” and “New Mutants,” there was not a single superhero film released last year. That was, until HBO Max put “Wonder Women 84” (WW84) up for a month. Audiences who were starved for superhero fare were very excited for the movie. With “Wonder Woman 84” being the one of the only superhero movies released in 2020, does it remind superhero fans what they love about the genre? I’m afraid not. “Wonder Women 84” is very much a mixed bag of a film. To be fair, I didn’t hate it, I simply thought it was just ok and could’ve been way better.

So what did I like about the film? Well I enjoyed the action quite a bit. The most invigorating bit of action was the scene at the mall. Sure the scene itself was your typical superhero intro fight but it was still epic to see Wonder Woman (Gal Gadot) beat up some thugs. The first hour and 30 minutes of the film are simply stunning to look at. The color palette is just gorgeous with many bright colors popping out of the screen. The first Wonder Woman is more unpleasant to look at, it’s very grey and doesn’t have many bright colors. So when compared to its predecessor, “WW84” is quite an upgrade when it comes to the look. The rest of the film just looks really “eh” and doesn’t really leave much of an impression on the eye. But for the most part the action and visuals are on point.

The acting in the film is hit or miss. I’ve never really been that into Gal Gadot as Wonder Woman. She never really brings much energy to the character and is just kind of bland. It’s always good to see Chris Pine. His performance is rather enjoyable and he brings some spirit to the film. I like Pedro Pascal as an actor. He’s great in “The Mandalorian” and “Game of Thrones”, but the script he is given is just not good. I was really looking forward to seeing him as Maxwell Lord, but he’s just not that great. He does his best, and has some vitality but with the material it’s just an okay performance.

The other big problem is the pacing. The film clocks in at about 2 hours and 30 minutes. This is a standard run time for a DCEU film, and usually I’m fine with that but here I found myself checking how much was left. After about an hour and a half, the film slows to a crawl, nothing that eventful or exciting happens. There is little action and what we are giving just feels recycled from earlier. Once the 2 hour mark was reached I was hoping for the final battle to knock my socks off. But no, like its predecessor “WW84” has a lame and slow finale. That seems to be one of the DCEU’s biggest problems, having long, boring and ugly looking fights at the end of the film. This is apparent in “Man of Steel,” “Batman V,” “Superman” and “Wonder Woman.” Hopefully, one day these films can move beyond this but I doubt it. In short, the film loses energy after about an hour and half, and the rest is just dull and uneventful. Honestly these two problems really weigh down the movie.

Although the film has these issues for the most part it’s okay. The action is fun, the color palette is nice, and it has some rather enjoyable moments. I guess I just wanted the newest superhero film to be way better than it was. The last superhero movie I saw was “Spider-Man: Far From Home,” which was way back in 2019 and I really liked it. So I suppose I was expecting the next big superhero flick more than just a so-so movie. Oh well, hopefully “Black Widow” will be better.