“Little Nightmares 2”: Out with the old, in with the new

WSS reporter Luke Krchak '21 explains why "Little Nightmares 2" is an improvement over its predecessor. 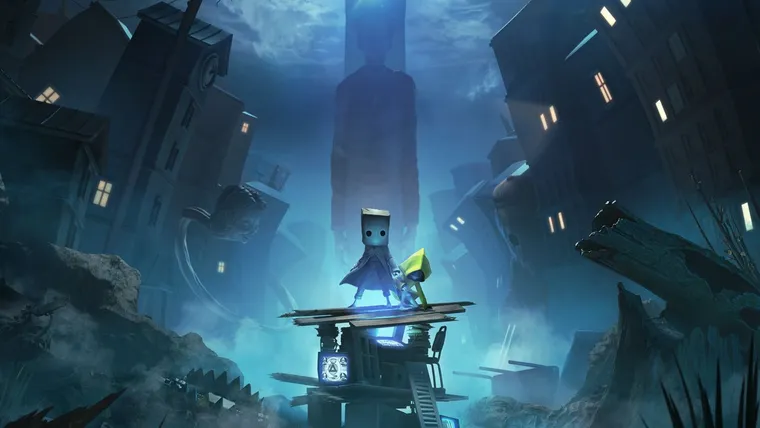 "Little Nightmares 2" is a welcome addition to the series.

The dark surrounds you as you search for your friend. You can hear the pitter-patter of your little feet as you walk around the oversized house. Then you see your friend through a broken door. How are you going to save them?

What makes this different and so much better than “Little Nightmares” is that the world feels much more alive. The puzzles are more dynamic and fresh, not as repetitive as in the first game. Puzzles used to be as simple as “Hide from the giant monster, run to the next room,” but now they include a few more moving parts, like dodging traps, and you can actually hit enemies. The world is also much more open to exploring, a departure from the somewhat linear progression of the first one, for a more pleasant, natural experience.

The internet is blowing up over “Little Nightmares 2,” and almost 80 million people have viewed #Littlenightmares on TikTok. With mods on PC you can join in on the fun of transforming Momo and Six into famous movie characters, including Buzz and Woody from “Toy Story.”

Once again, Tarsier Studios did a great job building a story. Like in the first game, you experience the story from within because of the characters’ lack of language. With no direct hints towards the puzzles, it further builds that open-world experience, making it your story rather than just the characters’.

The art does a good job of emphasizing the juxtaposition of your character and the giant monsters. The camera follows your petite character, which is mainly on the ground, so you are always looking upwards towards the monsters. They did a good job making these humanoid monsters feel human while having a sense of darkness around them. The developers of “Little Nightmares” also found the perfect balance between making the game so dark that you couldn’t see and too bright that it would lose suspense.

“Little Nightmares 2” is a fresh experience that is a major upgrade compared to “Little Nightmares,” and it is one of my favorite games. From its outstanding puzzles and more open world to its story, this is a game you do not want to miss, a solid 10/10.