To balance the various demands of being a highschooler, many teens turn to caffeine as a remedy for sleep deprivation. 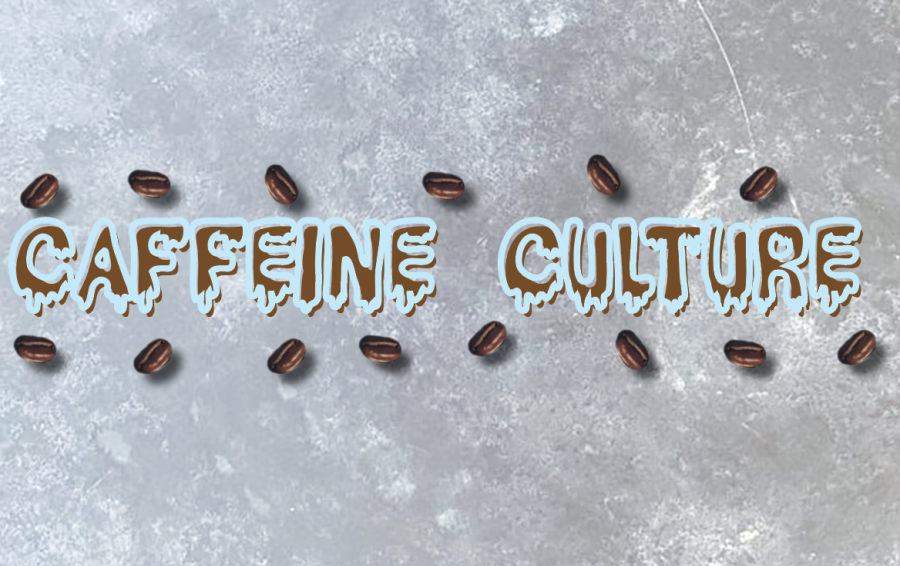 The WSS explores the culture and effects of excessive caffeine consumption and sleep deprivation.

You blink rapidly to stay awake, trying to concentrate on the textbook in front of you, words blurring before your eyes. It’s 1:14 a.m., and you have to be up for school in six hours, but you still have piles of work to complete. Before you know it, it’s the next morning. You’ve somehow managed to drag yourself to school, coffee in hand so you can finally feel awake and start your day. According to a poll sent out to West High students, this is a common routine for many, with 46.7% of the 90 respondents regularly consuming caffeinated beverages to help them get through the day.

For Jay Mascardo ’23, homework is one of the main reasons they feel getting normal amounts of sleep can be difficult during the school year.

“Balancing your mental health and self-care with the amount of homework we’ve been getting has just messed up others’ [and] my own sleep cycle completely,” Mascardo said.

This is a common sentiment among high schoolers, with many prioritizing homework and extracurricular activities over sleep.

“Lack of sleep has become something to brag about at West High,” said Liam Edberg ’22. “Mental and physical health falling behind in favor of academics is prominent.”

At West High, where “excellence is a tradition,” many students feel pressured to join various extracurriculars while staying on top of their courses. Heidi Schmidt-Rundell ‘21 feels some students even take pride in their unhealthy sleep habits, seeing it as proof that they are taking rigorous classes and holding themselves to a high standard.

“When I was in-person, there was a regular occurrence of conversations in which students were almost competing for a lack of sleep,” Schmidt-Rundell said. “One student would say, ‘Oh I only got four hours of sleep last night’ and then another would almost always chime in with something like, ‘Four? I didn’t even sleep.’ But even worse is people would support that and think it is cool. Sleep is something that we need to function properly.”

While staying up late has become normalized at West High, and even encouraged by peers, sleep deprivation has its consequences. According to the American Academy of Sleep Medicine, teens between the ages of 13 to 18 should get eight to 10 hours of sleep per night, something the ICCSD took into account when they moved back the secondary start time to 8:50 a.m. in 2016. Despite these accommodations, 44% of West students surveyed reported getting less than seven hours of sleep a night. This is a problem across the nation, with CDC data from a 2015 Youth Risk Behavior Survey indicating about 72.7% of high school students don’t get enough sleep on school nights.

University of Iowa Assistant Professor Bengi Baran runs the Neurodevelopment and Psychopathology Lab. She studies the role of sleep in cognition, emotion and brain development.

“Insufficient sleep in teenagers [has] been associated with poor grades, mood disturbance, attention deficits, immune system compromises, metabolic problems, traffic accidents [and] substance abuse,” she said. “If not addressed adequately and on time, these can have serious, long-term consequences.”

“Last night, I got like four hours of sleep and chugged some soda in the morning just to go to Zoom classes,” she said. “We live in a country where we work to live and live to work; it’s an awful cycle.”

However, relying on caffeine has its consequences. Caffeine is a drug naturally found in the seeds and leaves of plants but is also produced artificially and added to drinks. Caffeine causes increased alertness as it stimulates the central nervous system. For this reason, it’s popular among many for a short-term energy boost. As of 2020, around 80% of the world’s population consumes products containing caffeine daily.

While small amounts of caffeine consumed by adults can cause temporary energy boosts, increased alertness and increased information processing, University of Iowa Professor Alan Johnson says it can also have negative effects, especially in teens.

“It activates brain activity and neurochemical systems in the brain that increase attention and arousal,” Johnson said. “However, in high doses … it can produce anxiety and motor tremors. High doses of caffeine can increase heart rate and blood pressure and may produce heart arrhythmias.”

Mascardo experienced some of these side effects when they tried using coffee after one night when they did not get enough sleep their freshman year.

“I bought two bottles of Dunkin’ coffee from Fareway and drank one in my first period class and felt so much better, but as the day went on, I felt so sick and dizzy. After third period, I felt like I was gonna pass out, so I drank the other one and felt better,” Mascardo said. “After lunch, though, was the hardest since I didn’t have any more coffee, and I didn’t want to go to the nurse because I didn’t even know what to say to them. I pushed through the day and haven’t had coffee since.”

Caffeine can also have more severe effects, such as stunting development in children and teens by disrupting the formations of important connections in the brain. During adolescence, the brain has many neural connections that can easily become inefficient with caffeine consumption. Long-term consumption at young ages can cause lasting health problems, especially in the bones and heart.

Caffeine causes the body to lose calcium and, in excessive amounts, can lead to bone loss and osteoporosis, a condition in which bones become fragile from loss of tissue. Caffeine can also agitate underlying heart problems such as coronary artery disease and cause heart palpitations. According to the survey, the average West student started drinking caffeine at 12.5 years old. However, Baran does not recommend consistent caffeine use at that young of an age.

“For adults, our recommendation is that they don’t drink more than one 8-ounce cup of coffee per day,” Baran said. “This should be even less for teenagers.”

Many students surveyed describe feeling “addicted” to caffeine and unable to stop or cut back on their consumption. Consistent caffeine consumers may experience withdrawal symptoms when they stop ingesting it, especially teens and children.

Saundra Griffith ’24 has been drinking coffee regularly since she was 11 years old and has noticed some of these symptoms.

“I feel like I’m very dependent, mostly just because if I don’t drink it, I get terrible headaches and dizziness for the whole day,” Griffith said. “Not being able to function throughout my day without it gets in my way.”

According to Johnson, oftentimes a drug’s withdrawal symptoms are opposite to the effects of taking the drug.

“This is because the brain has systems that are activated to try to restore the function of the brain to a ‘normal’ state. In other words, the state it was in before the drug was taken,” Johnson said. “[The system] stays [overactive] for a while to produce what is referred to as an abstinence syndrome, that is the collection of withdrawal symptoms.”

The best way to become less dependent on caffeine is to try to find ways to limit your intake by paying attention to the amount of caffeine in things you’re consuming and by avoiding the consumption of caffeine late in the day. There are many alternatives to caffeine that can help increase energy, such as peppermint, berries, B Vitamins and drinking more water. Another option is to start setting a consistent sleep schedule for yourself, something that Baran aims to educate students on through her lab and visits to schools.

“Teens should limit screen time or too much light in the evenings. They should also avoid dark curtains and make sure they get exposed to sunlight as much as they can during the day,” she said. “They should also avoid eating heavy meals for dinner or late-night snacking — same goes for exercise after dark. Eating late in the evening or exercise confuses our biological clocks and delays the onset of sleep even further.”

Baran recognizes that teens aren’t the only ones responsible for their habits. Rather, they are a byproduct of society.

“What the society should do is convince [more] school districts for later school start times for adolescents … Schools should also avoid late night academic or extracurricular activities,” Baran said. “Parents should also educate themselves about the importance of healthy sleep and wake patterns for adolescents and empower their kids to make informed choices about their sleep schedules.”

With all the detrimental outcomes that come with sleep deprivation and caffeine dependency, Alex Curtu ‘22 feels it’s important to discuss our relationship with caffeine usage. Reevaluating sleep and caffeine habits is crucial to do in an environment where this behavior is glamorized.

“I think West High sometimes has a toxic culture of who can get the best grades and be involved in the most things while also getting the least amount of sleep … I fall victim to this culture as well, but I also recognize that it has a negative effect on myself and my peers,” Curtu said. “I don’t think coffee is the answer to this problem even though some kids treat it as such.”