What makes a chosen one: a trope analysis

Literary tropes have come in many different forms of media over the years. WSS takes a look at the chosen one trope. 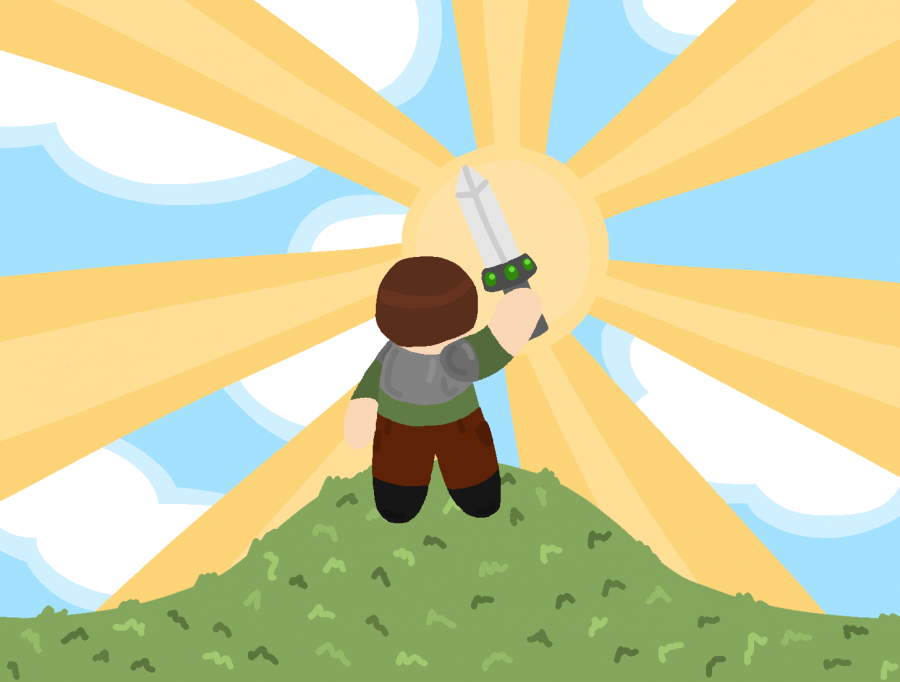 The chosen one stands, triumphantly, wielding the legendary sword.

Over the course of many books, movies, and games, people start to find similarities within them. Tropes can be described as commonly used ideas or clichés among stories that can help define a genre. The chosen one trope, for example, is a trope commonly used in fantasy as well as science fiction.

The chosen one is exactly what it sounds like, someone that was chosen by something or someone. Stories that include a chosen one usually keep them as one of the main focuses of the plot and they’re also the only way to move that plotline forward. The title of the chosen one is usually reserved for the protagonist of the story, but could potentially be a side character or antagonist depending on how a character is chosen.

Going into more detail, one of the most iconic prophecized chosen ones would be Harry Potter, the Boy Who Lived as well as the one prophesied to defeat or be defeated by Voldemort. Having to follow the prophecy he’s placed in, Harry doesn’t have any choice in the matter, similar to many other chosen one categories.

Prophecies are often vaguely told to add a layer of mystery or surprise to be added later. Later in the Harry Potter series, it’s revealed that Neville Longbottom could also be the chosen one described in the prophecy. Although it could have been the case, Voldemort’s action to prevent the prophecy by attacking Harry ultimately decided who was in the prophecy.

Then there are directly chosen ones such as Po from “Kung Fu Panda.” Oogway was the individual who chose Po to be the Dragon Warrior. As the Dragon Warrior, it is their destiny to protect the Valley of Peace. Po does this within the length of the first film, by defeating Tai Lung.

Directly chosen ones have the chance to be chosen wrongly by the chooser, but Po is not an example of this. With the idea that someone can be chosen wrong, as Po believes he was, there’s a sense of doubt that often comes from directly chosen ones. In the beginning, the chosen one fears they won’t be able to meet the expectations of others or believe they truly can’t follow their destiny, but this subsides as the story progresses.

Artifact chosen ones come in a pair with a non-living object and a chosen one who was selected by it. The artifact can potentially be used by one sole user, a group of users based on their values, or a specific bloodline. Marvel’s version of Mjolnir can be categorized as an artifact with chosen ones because it can only be wielded by those who are worthy.

So far in the Marvel Cinematic Universe, only Thor, Captain America and Vision have been able to wield Mjolnir, making them both chosen ones. Depending on the artifact, anyone can wield it, but won’t be able to use it to its full extent. In the case of Mjolnir, one can’t lift it without being seen as worthy first.

Writing a chosen one often creates one of two results for the end of the story, which can make the ending boring and predictable to some viewers. As chosen ones often follow some sort of destiny that only they can do, they can either accomplish it or fail it, the majority of the time being the former.

What a chosen one does have is the ability to choose is how the story is going to go. Even if the viewer knows what will have to happen at the end of the story, the road to the end can have a lot of twists and turns. Within the middle of the story, the chosen one gets many opportunities to get strong character development.

Chosen ones can be either really well received or very disliked. People can look up to specific chosen ones like the characters in the story because they have the ability to follow their destiny. People like the idea of being special, and chosen ones allow people to imagine what their life could be like with a special power or destiny.

There’s a lot of media that can be seen with chosen ones, waiting to be discovered. Many chosen ones are also waiting to be made and shared with the public once fleshed out. With how often the chosen one trope has been used, it’s not going to go away soon.