WSS recaps the news from May in the monthly news briefs. 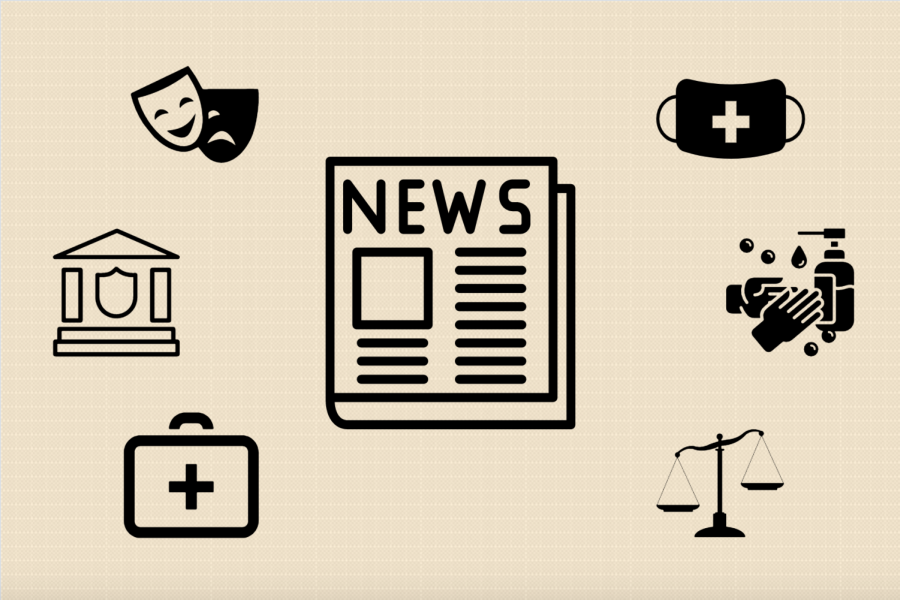 According to the CDC, fully vaccinated individuals are no longer required to wear masks or social distance in multiple circumstances. This is a result of the efficacy of the vaccines and declining cases throughout the nation. Following the updated guidelines, Governor Reynolds signed HF 847, stating the school districts can no longer require students, staff or visitors to wear masks while on district property.

The return of Broadway

A handful of Broadway productions such as “Wicked” and “Hamilton” are set to return on Sept. 15 or later at 100% capacity. These productions will be following COVID safety guidelines and protocols including masks and proof of vaccination or negative test results. More information is expected to be announced in the near future.

Earlier this month, Rep. Liz Cheney (R-Wyoming) was removed from her conference chair position due to her criticism of former President Donald Trump. She had previously challenged Trump’s claims about election fraud and the insurrection attempt in the U.S. Capitol. This marks the end of Cheney’s rising authority in the GOP. She was among the most conservative members in Congress on matters such as national security, the economy and social issues.

Israel and the Palestinian militant Hamas have agreed to a ceasefire. Violence ensued for 11 days where at least 240 people were killed, with the vast majority being Palestinians in the territory of Gaza. Their different beliefs on Palestinian refugees, Jewish settlements in the West Bank, Jerusalem and the creation of a Palestinian state close to Israel have long stood in the way of peace between the two sides.

The House of Representatives passed legislation requiring a more in-depth investigation into hate crimes against Asian Americans and Pacific Islanders. According to the legislation, an official in the Justice Department would be assigned to review all reports of hate crimes, more support would be provided for local and state law enforcement responding to these hate crimes and guidance will be issued on the use of discriminatory language towards AAPI. The bill passed 364-62 and it is expected to gain President Biden’s signature.

The Biden administration is reversing a Trump-era policy that limited protections against discrimination against transgender Americans in healthcare. The change will block health care providers that receive federal funding from discrimination based on gender identity or sexual orientation.

The legislation calling for an independent investigation into the root of the U.S. Capitol riot was blocked on Friday. This bill was previously backed up with bipartisan support failed to get the 60 votes needed for a filibuster. The final vote on the bill was 54-35 outcome, with most of the opposition coming from the senate Republicans with the exception of six GOP senators that voted with the Democratic members.