"Squid Game" is already on everyone's watch lists. Learn about why it's worth it. 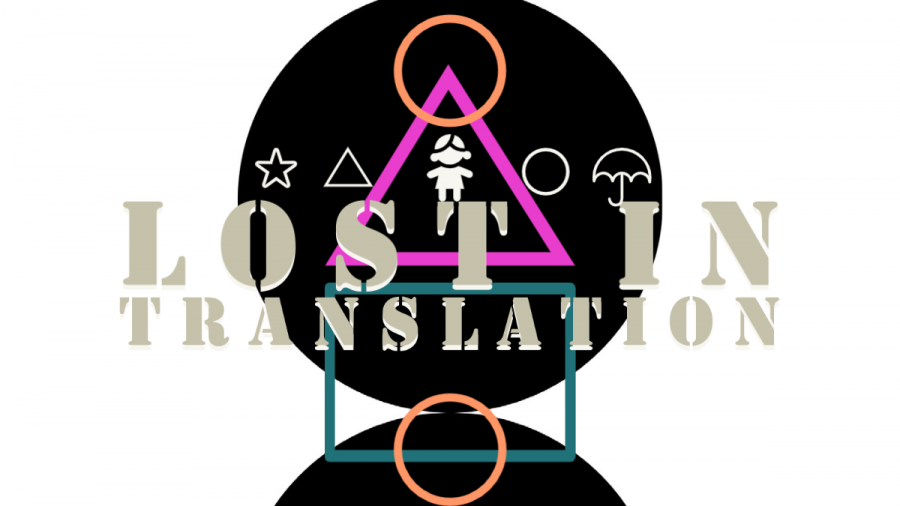 The heights that “Squid Game” has reached only in these past few weeks are truly historical.

“Once you overcome the one-inch-tall barrier of subtitles, you will be introduced to so many more amazing films.” spoken by Bong Joon-Ho, a South Korean film director who made history back in 2020 by directing the first ever non-English language film to win Best Picture at the Oscars. This one quote spoken during his acceptance speech at the Golden Globes after claiming the title of “Best-Foreign Film”, speaks volumes, and especially applies right now with the recent popularity of “Squid Game”.

If we’re being honest with ourselves, there is no need for me to hype up “Squid Game” for this article. We all know that “Squid Game” is already at peak popularity, already on track to become Netflix’s top-rated tv show.

But why is this a big deal? Sure, becoming Netflix’s top-rated show and being the number one viewed tv show in over 90 countries is an incredible feat–I mean, how many of us are planning on a “Squid Game” themed costume for this year’s Halloween? But why has this caught people’s attention so much? Because “Squid Game” is a thriller drama made in Korea, not the US. It’s so rare that a non-English drama becomes a phenomenon. The heights that “Squid Game” has reached only in these past few weeks are truly historical. 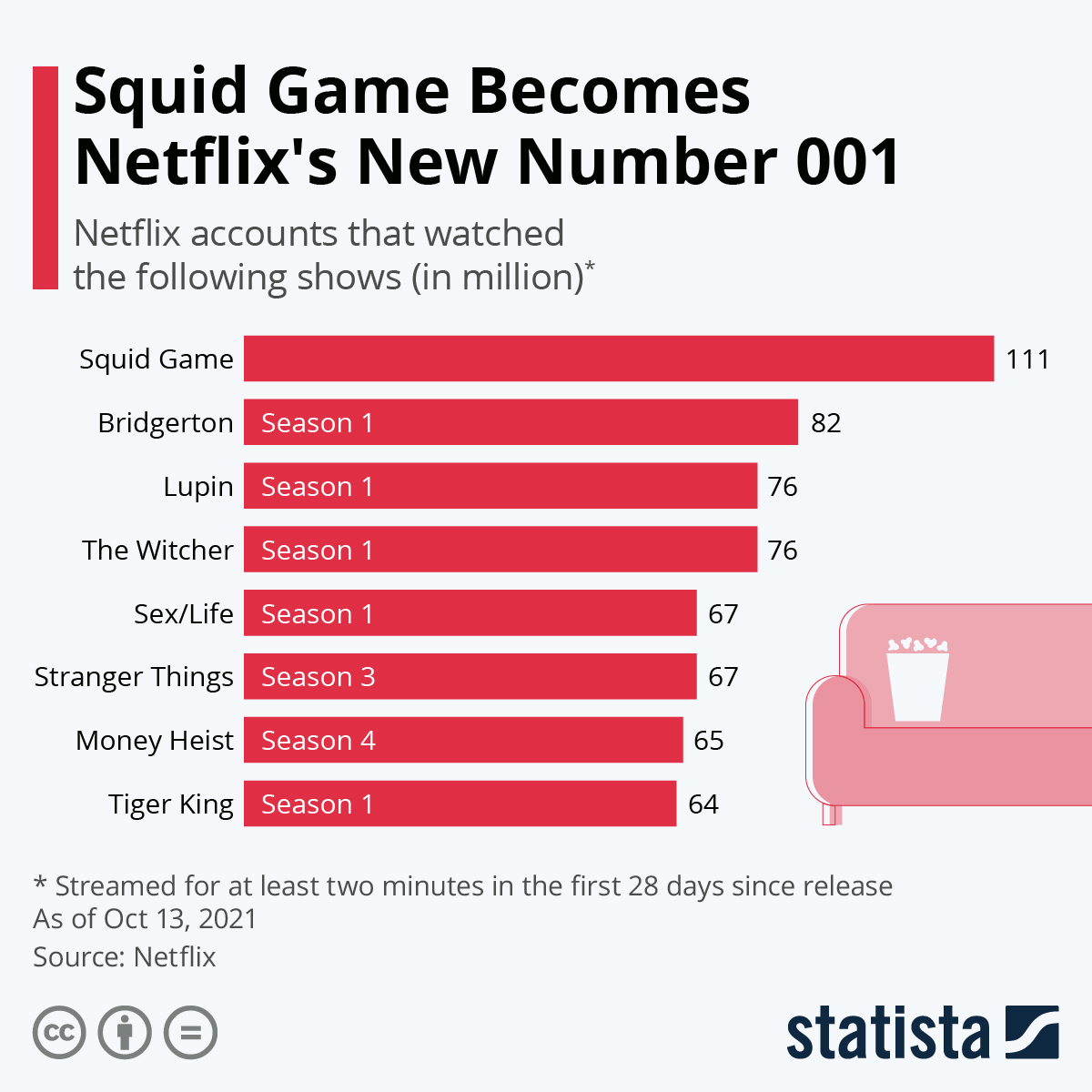 But if you have yet to see what the hype is all about, no need to worry, there is still time to catch you up. So let’s provide you with a little background information before we get started.

“Squid Game”, created by Hwang Dong-Hyuk, follows the story of several hundred people, desperate to get their hands on some cash, and end up getting themselves wrapped up in a competition that involves participating in deadly children’s games, with an award of around $38 million US dollars. Throughout the show we begin to view the drastic inequality due to capitalism and how it can drive people to insane lengths in order to survive in this kill-or-be-killed society.

The show genuinely is applause-worthy by the way it reveals just how money-driven the world truly is.  The artistic direction deserves some praise as well.

I’ll admit, the beginning of the first episode felt a little slow, but I understand that build-up is necessary for the climax. Let me tell you, the entire rest of the show felt like the climax straight afterwards.

I could never predict the plot-twists at any turn. “Squid Game” was unlike any death or survival game I have ever seen. Every time I thought it was going in one direction, it went in another.

Small spoiler alert: I was completely caught off guard when the perpetrators actually willingly returned the players to their homes once the majority decided to leave. That’s just not something you’d expect. It felt like a strange decision on the writing’s behalf, almost unnecessary, but it only impacted the message on how cornered people are in real society, when over half of the players choose to return on their own accord.

One of the first things I noticed about “Squid Game” was the interesting aesthetic in the set design and props. Specifically, the bizarre and vibrant staircases we often see, looking almost disorienting as we watch the players walk down them in proper formation. Hwang Dong-Hyuk mentioned this piece was inspired by the piece of art “Relativity” by M.C.Escher. I encourage you to look it up if you’ve never seen it. There were so many unique choices made, such as the gift-wrapped coffins, inspired by Auschwitz,  or the recreational playground for the Dalgona game, that perfectly created the tone of a Grimm fairytale. It goes to show how brilliantly “Squid Game ” creates a sinister atmosphere through a palette of bright and pastel colors.

All in all, there’s not much to complain about when it comes to “Squid Game”.It is truly a masterpiece in all areas. A clever criticism of class division told through eerie soundtracks, genius and wild set designs, and spectacular writing, which is why it’s so disappointing when Netflix’s English translation of the show didn’t properly reflect the true message of the actual story, and misses the point on several aspects of Korean culture.

In these upcoming years, the Korean Wave (Hallyu) has been very prominent all over the world. With the rise in popularity in Korean pop music (BTS, EXO, Blackpink, Twice, etc.) and Korean dramas (Crash Landing on You, Goblin, Descendants of the Sun, etc) the country has been receiving an abundant amount of attention. More and more attention is being given to the great aspects of Korean culture, from the cuisine, fashion, and cosmetics. In this year alone, 26 Korean words were added to the Oxford English dictionary, such as banchan, mukbang, daebak and so on, just going to show the impact “Hallyu” has had on the world.

So naturally, large networks such as Netflix have taken the chance to swim in the profits of the Korean Wave as well. This is evident in their plan on investing $500 million dollars in Korean content within this year.

I remember as a young girl, how confused I was when people would say it’s “bothersome” or “pretentious” to watch a movie or TV show from another country. I never understood, because as an avid lover of anime and Kdramas, I was always reading subtitles. Those subtitles opened me up to a great deal of amazing cinema, just as Bong Joon Ho said. They took me to farther reaches than the typical American films ever did, though I enjoyed those too.

This is why the success in Korean media such as “Parasite”, and now, “Squid Game”, means so much to me, because it seems that people have finally begun their climb over the aforementioned one-inch barrier. But what if that barrier is blocking more than it seems?

Growing up as Korean-American, my mother always wanted to encourage me and my sister to learn more Korean. And she did so by making us sit down and watch Korean dramas with her with the English subtitles on.

We still do this today, except here’s the thing: We tend to lean towards watching Kdramas on pirating sites, because we prefer the fan translation over the professional translations from some big streaming network such as Netflix.

The reason for this is simple, it just never seems like the translations for Korean dramas on Netflix are ever as accurate as those from some illegal pirating site. Such as with “Squid Game.”

Many fluent speakers in Korean have come out to mention that the English subtitles for “Squid Game” have many inaccuracies in terms of what the characters were actually saying. A popular example is when one of the characters in the English subtitles said, quote, “I may not be a genius, but I made it through alright,” when the more accurate translation would be, “I’m really smart, I just never bothered to study.”

Why does this make such a difference? This simple line completely changes the character’s personality. What non-Korean speakers may not realize is that this character is a very popular trope in Korea, being someone extremely clever, just not wealthy or privileged enough to succeed, which is precisely the type of thing the story was trying to emphasize. That without money, despite your skills or talent, you’ll probably never go far in life. But because of the mistranslation, this line loses all meaning.

Another detail that doesn’t come through well with the English translation is with Kang Sae-Byeok being a North Korean defector. Something that non-Korean speakers may not pick up is that Sae-Byeok intentionally hides her North Korean accent when speaking to anyone other than her other than her younger brother, an important aspect to her character, showing the stigma between the North and the South.

The biggest problem when it comes to translating shows from another language, is that cultural differences are never taken into consideration. This is why me and my sister don’t particularly enjoy Netflix’s translation of foreign content. The reason we prefer fan translations is because if cultural differences come up, more often than not, the person who translated will add a small note above the screen to explain to viewers. It might explain what a certain term means (such as proverbs or puns that might not translate well in English) or specific references from the country at hand, and not just try to find the more “American” equivalent of it. My sister likes to recall the one time she was watching an episode from Pokemon, and the English dub made it so the characters referred to rice balls as jelly donuts (Really? They’re not even remotely similar!). An example that comes to mind when Netflix also committed this annoying pet peeve is when during “Squid Game” episode three, the classic Korean candy game, dalgona, is translated into “honeycomb”, which doesn’t even make sense.

Watching foreign content should open viewers to new cultures, giving them an idea of how life works in another part of the world. So when Netflix tries to gloss over cultural differences, people miss the chance to try and understand those customs.

Mistranslations can even come off as offensive and problematic. Many people have pointed out that there have been many instances where Netflix will censor out swear words and suggestive comments in subtitles despite the original content doing nothing of the sort. They have even censored the content themselves. Back in 2019, Netflix bought the rights to stream one of anime’s most classic shows: Neon Genesis Evangelion. Fans were angered at the changes Netflix made with the show, specifically with the subtitles and translation.

With the new release of Evangelion on the streaming platform, Netflix had chosen to write a new script, re-dubbing and changing a lot of the dialogue. This isn’t uncommon with the re-release of anime, but a certain aspect of the new script did not go unnoticed by the fans. The new translations noticeably lessened the show’s queer contexts.

The original show heavily implied on the romantic attraction between Shinji Ikari and Kawaru Nagisa, two male characters of the story, going as far as to have Kawaru confess his love towards Shinji and for Shinji to admit he reciprocated the feelings.  But Netflix changed the script to make their relationship appear more platonic, going from “I love you” to “I like you”.

When question about the change in translation, translator Dan Kanemitsu tweeted out that he cannot not speak upon the decision on some of the changes, and when referring to the “I love you” scene, all that was written on the subject was, “It is one thing for characters to confess their love. It is quite another for the audience to infer affection and leave them guessing. How committed are the characters? What possible misunderstandings might be talking place? Leaving room for interpretation make things exciting.” Basically saying he wanted to “leave it up to interpretation.”

This blatant show of queer erasure just goes to prove that Netflix still has some ways to go when it comes to writing accurate translations.

So there you have it. Translations can have a huge impact on how a person interprets the story, but because the field is so underappreciated, we almost never experience the quality content of foreign media that we deserve.

There are so many aspects to “Squid Game” that give it the recognition that it deserves. A project that took about a decade to develop, we owe it to the creators to make sure we’re taking in the message they worked hard to say to us through this marvelous show.