‘Kurt Vonnegut: Unstuck In Time’ review: A documentary worth the wait

West Side Story's Thayer Abu-Hijleh '22 reviews Robert B. Weide's documentary on Kurt Vonnegut of 40 years in the making. 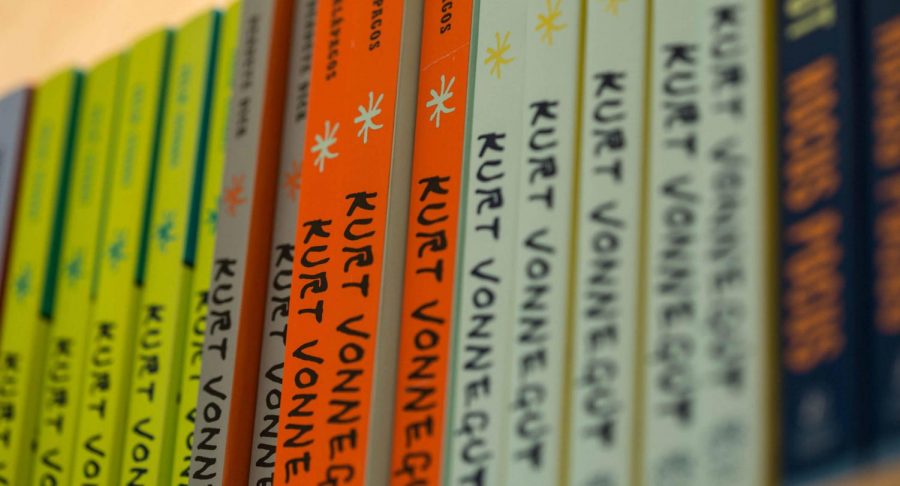 Courtesy of the Kurt Vonnegut Museum and Library

Kurt Vonnegut was perhaps one of the most influential writers of the 20th century, writing such novels as Mother Night, Breakfast of Champions, and, of course, Slaughterhouse-Five.

Kurt Vonnegut, a beloved contrarian and author of several darkly humorous novels, is chronicled to perfection in Robert B. Weide’s new documentary, “Kurt Vonnegut: Unstuck in Time”. Weide can’t take all the credit for his film’s appeal though; Vonnegut is tremendously charismatic on film. His personality translates unfalteringly throughout the documentary, running parallel to how he presents himself in his writing: hilarious and witty. As we ourselves “come unstuck in time” in order to jump from one chapter of Vonnegut’s life to the next, we witness the added bonus of his growing relationship with Weide the filmmaker. Of course, traditional documentarians might shun the idea of including oneself in their films, but Weide puts forth a compelling exception to the rule due to his lasting presence in Kurt’s life. Overall, Unstuck In Time, with its decades of footage, immersive storytelling, engaging digressions and lively subject, succeeds in conveying the history of Vonnegut, as well as endearing him in our hearts.

Vonnegut was perhaps one of the most influential writers of the 20th century, writing such novels as Mother Night, Breakfast of Champions, and, of course, Slaughterhouse-Five. Weide brilliantly captures the timeline of these novels in the context of Vonnegut’s life and mental state, from conception all the way to book-signing.

It’s worth noting that a documentary about such a fabled individual could have been made esoteric. But Weide clearly worked diligently to create a documentary that could be understood and enjoyed by everyone, from Vonnegut buffs to curious teenagers. Of course, there are things that may not sit well with some people. For one, Vonnegut is famously dark, and this documentary is no exception (If it were, this would be a much different review). But to neglect this aspect of Vonnegut would be a disservice to him and the world. That was who he was, and it’s paramount that this film puts him on full display.

However, a slow start to the film might stop some from experiencing the movie before it even begins. It is true that there are seemingly irrelevant digressions into the filmmaker’s life and the origins of his interest in Vonnegut. But it’s later evident that these side stories were artistic decisions made to highlight the importance of Vonnegut not only in Weide’s life, but in the lives of so many people. It was a risk that Weide elected to take, and in terms of the film’s resonance with audiences, it undeniably pays off.