A review of the new series "Smiling Friends", which has breathed fresh life into the world of adult animation. 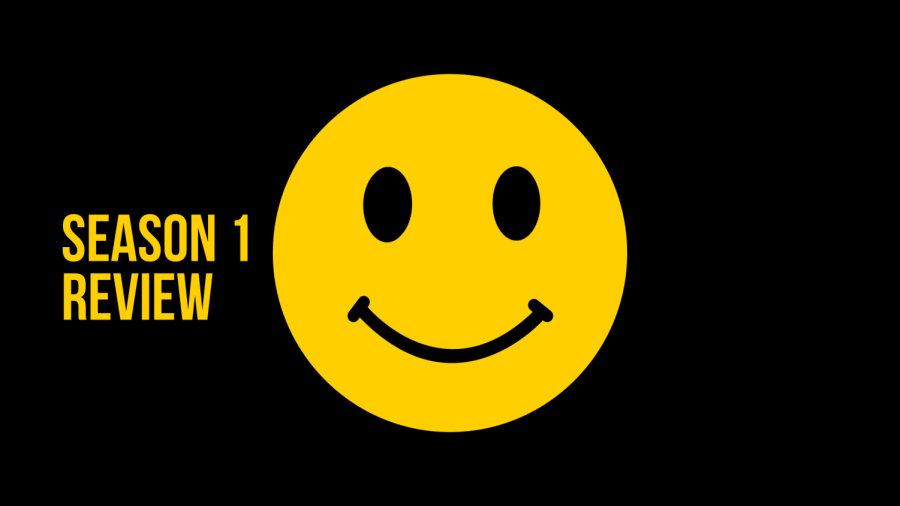 The first two episodes of "Smiling Friends" are streaming for free on Adult Swim's website.

The pilot episode of “Smiling Friends” was released all the way back on April 1, 2020. After a nearly two-year-long wait, the full first season premiered on Adult Swim on Jan. 10, 2022. The eight-episode series ran all in one night, immediately garnering the love and laughs of people all over the world. The absurdist short-form style drew people in by the millions, making a dedicated fan of each. Since its release, it has already become the most popular adult swim show since “Rick and Morty” debuted in 2013. It’s reminiscent of other Adult Swim classics such as “Aqua Teen Hunger Force”, “Robot Chicken” and “The Eric Andre Show”. As popular as each of those shows are, “Smiling Friends” has a chance to become the biggest show in adult swim history.

The show follows Charlie and Pim, two friends who work for the charity Smiling Friends Inc. Their personalities clash heavily, Charlie being cynical and lazy and Pip being relentlessly optimistic. Like many classic Adult Swim shows, the show is an absurdist dark comedy that attempts to offer some commentary on life. The show universe has no real rules, offering the creators the perfect canvas for comedy and thematic irony.

The show’s animation is all over the place in style, but top-notch in quality. The typical style is vibrant and cartoony, much like “Spongebob” or “Bob’s Burgers”. However, it often switches styles, with impeccably drawn hyperrealistic imagery that’s meant to make the viewer slightly uncomfortable. The creators said in an interview with Animation Magazine that they wanted the characters split 50/50 between pleasant and grotesque.

Charlie and Pim’s work at Smiling Friends involves the sharing of happiness. However, this means that they are constantly being called to assist people who’ve lost any form of happiness in their lives. A gamer shrimp whose girl-shrimp left him. A celebrity frog who’s been canceled for eating people. A man whose entire family abandoned him. Inevitably, the differing temperaments of the three characters cause conflicts and hijinks, and comedy ensues.

The creators, Zach Hadel and Michael Cusack, both have deep experience in the adult animation sphere, and originally met when they were both animators for “Cyanide & Happiness”. They both credit “South Park”, “The Simpsons” and “Beavis and Butthead” as their major inspirations for creating the show.
The show is so all over the place in its messaging that it creates an atmosphere where it feels like anything can happen. The result is a constant state of absurdity, that parodies life quite well. The way the city vaguely resembles Philadelphia and the characters vaguely resemble people is enough to draw interest to the show, but allows for extremely loose creative liberties.

The entire first season is now streaming on HBO Max. Those craving more are in luck, as season two of “Smiling Friends” was confirmed by Adult Swim on Feb. 9, less than a month after season one’s debut. As of right now, the next season has no confirmed release date, but with the simple nature of the series, and the dedication of the creators, fans will surely be tuning in shortly.