Students host Walk it Out for first time since 2019

The multicultural fashion show was held in the North Band Room March 26. 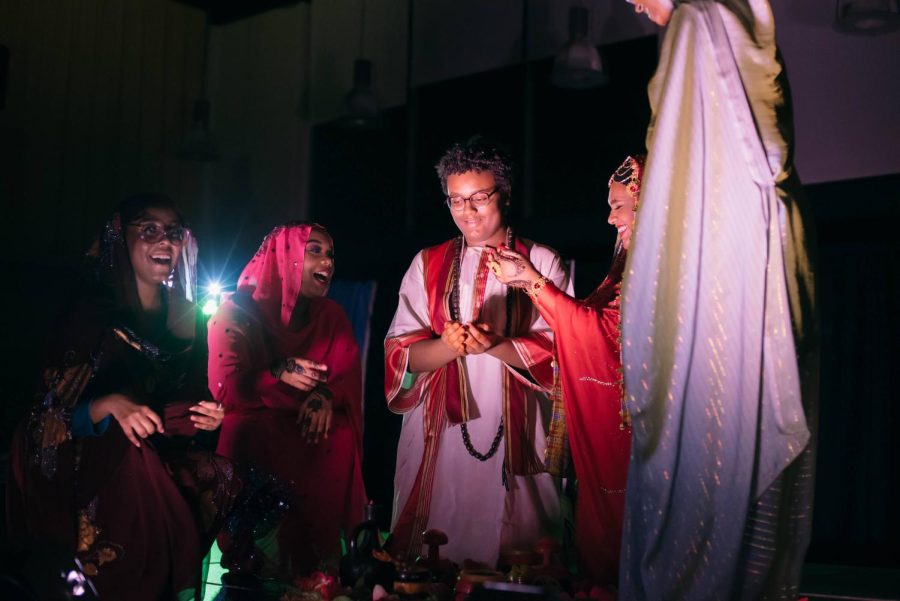 Students from Sudan showcase a tradition done for couples at weddings.

After a two-year pause of Walk it Out due to the pandemic, the multicultural fashion show took place for the first time since 2019 in the North Band Room Saturday, March 26. This year, the event featured models representing South Asia, Latinx, Africa, Black America and East Asia. Along with the fashion show, there was traditional food served before the event that was both catered and contributed by families. According to Co-Directors Shreya Khullar ’22 and Emily Shian ’22, there were around 75 models who walked at the multicultural fashion show.