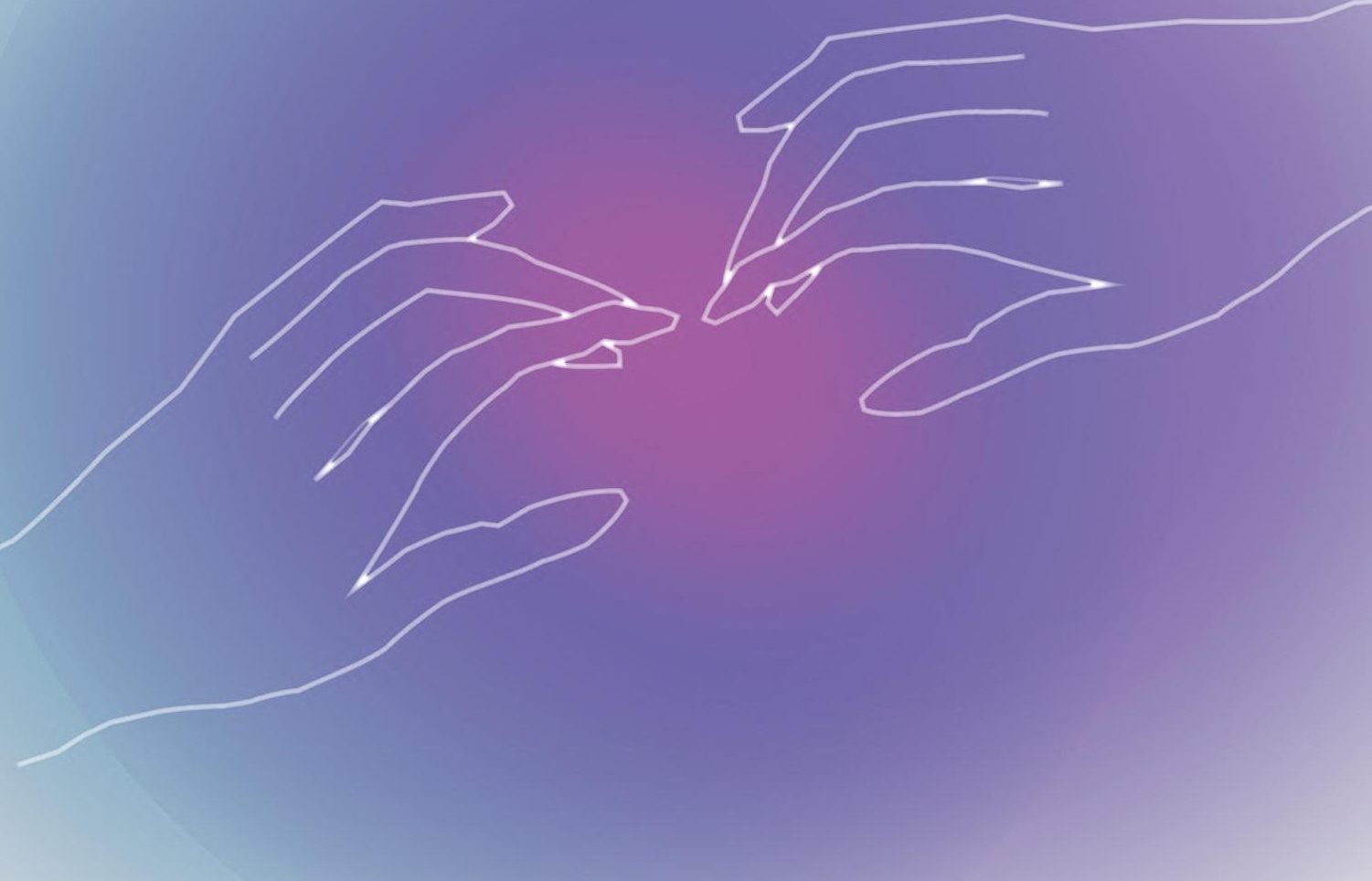 Unidos is translated as “united.” Unidos, the Latinx Student Union, is one of West High’s most recent clubs. With 12.8% Hispanic students in the district according to the 2021-2022 ICCSD enrollment report, Emily Carbajal ’23 believes it is necessary to provide Hispanic students at West with a welcoming environment.

“We needed a club like this because there are a lot of Latinx students that don’t feel like they belong here,” Carbajal said. “Not many students feel like they fit in in this school just because they’re from other places. We make people feel welcome.”

“There were talks about it last year and the need for it, so we waited until this year to kind of get it all going,” Aparicio Ruiz said. “From what I know, this is [West’s] first Latinx union.”

Forming a new club required administrative support and getting the word out.

“The process [of forming Unidos] was my reaching out to administration … and getting the information I needed, and then seeking student interest … I started with announcements on the overhead to see if anybody would come,” Aparicio Ruiz said. “Since then, mostly, we’ve gained membership through word of mouth.”

Aparicio Ruiz says the most effective way of recruitment has been members inviting new students directly.

“People would come in, and it was because they heard it from somebody,” Aparicio Ruiz said. “The flyers are great. The announcements are great, but it was word of mouth — it’s people inviting others to come to the meetings.”

Alexandra Filerio ’23 heard about Unidos through a current member. In addition to community, the service aspect of Unidos drew her in. The student union plans to do volunteer work in communities with a high Hispanic population.

“A friend came up to me and was like, ‘We’re starting this group, and there’s going to be volunteer hours,’ and I honestly wanted to get a silver cord,” Filerio said. “Then once I joined them, [I thought] ‘Oh, this is nice. I’ll stay for a little while.’”

Unidos offers a safe space for students to speak their language, share their culture and heritage, and be part of a community within the school. Aparicio Ruiz believes this is especially important for those who do not have an established sense of belonging.

“One of the reasons why we started Unidos was to build community,” Aparicio Ruiz said. “Many of them felt disconnected from their culture. It was something that they saw at home but didn’t really see here when they were in school.”

In addition to connecting with her culture, Filerio has used Unidos to connect with new people and make friends.

“I didn’t know many people who are Hispanic or Latino before I got into the group, and now I know a whole bunch more people. [Aparicio Ruiz] has also been helping us reach out to more people,” Filerio said. “I also talked to some ELL kids who I’ve never met and who speak Spanish.”

Unidos also helps to provide a community for those most comfortable speaking Spanish.

“There’s a lot of voices that aren’t heard, especially with ELL kids,” Filerio said. “I feel like Unidos could help them find more people within West that they could connect to and talk to.”

Unidos includes people of vastly diverse backgrounds, but their cultural differences do not hinder them.

These connections do not create themselves, however. To begin every meeting, Aparicio Ruiz leads an activity to promote community and engagement, and then members share experiences to bond over similarities — and differences — in culture.

“I remember just being together and talking about where we’re from or our stories and what we’ve been through,” Carbajal said. “Sometimes we just talk; it doesn’t really have to be something important — it’s just about our own lives and what we go through as Latinx students.”

Though Unidos is the Latinx Student Union, all people are welcome to listen and learn from others, as well as meet new people.

“It’s a place for everyone, not just Latinx students,” Carbajal said. “People from other countries are welcome too because it’s nice to know about every country, every culture. It’s just a place where you can get informed about everything. You don’t have to be a Latinx student to be welcome there.”

I feel like having that community in this school makes Latinx students feel better connections with each other.”

In addition to sharing among its members, Unidos is eager to share its diverse culture and experiences with all of West High. Filerio’s favorite memory in Unidos was proposing to participate in Walk it Out, West High’s multicultural fashion show.

“When I introduced it, everyone got excited,” Filerio said. “They were super helpful because they said they would join and suggested a whole bunch of things.”

School-wide events like Walk it Out connect Latin American students with the entire student body, but building community extends beyond the confines of West High. Aparicio Ruiz makes an effort to connect members with leaders in the greater Iowa City area.

“[Aparicio Ruiz] planned a field trip for Latina girls … it’s going to be a [Latina Youth Leadership Conference] with a whole bunch of Latina women who either have businesses or are in leadership positions,” Filerio said. “The program is basically to bring us together and find a community.”

Filerio says Aparicio Ruiz is a helpful resource to discover new programs and opportunities. She consistently finds opportunities for Unidos members to get involved beyond West High.

“This past week, I was telling them about the Latin Native American Cultural Center. They have a bunch of events open to the community celebrating both Latinx and Native American cultures, so I was inviting them to that and letting them know,” Aparicio Ruiz said. “First trimester, we attended the Latinx Youth Summit at the University of Iowa. I took a group of about 15 students to that, and I just continue to look out for opportunities whether it’s scholarships, events or conferences that they might be interested in.”

In addition to bringing light to specific events, Aparicio Ruiz is committed to large, overarching goals for Unidos students, one of which is college preparation.

“More college readiness is something that I definitely see Unidos like taking on, whether it’s providing workshops or information to students and parents, providing resources in Spanish or getting their parents to be involved in that process,” Aparicio Ruiz said.

“When I was getting ready to start looking into colleges, nobody in my family had gone to college, so I had to learn and I had to look for the resources,” Aparicio Ruiz said. “If I can help the students as much as I can to make that journey easier, that’s what I want to do.

College is also where Aparicio Ruiz found the namesake for Unidos.

“There is a living learning community … called Unidos. I helped establish it. It’s the first Latinx living learning community within the University of Iowa,” Aparicio Ruiz said. “I helped create it, and we thought that was a fitting name because it means united. It doesn’t make reference necessarily to Latin America or a specific country, but I think it’s just very much like bringing people together, and I think that’s what we wanted out of this.”

Though the goal of both collegiate and high school student unions is similar, Aparicio Ruiz has noticed some notable differences in how they operate. Though less structured, this uncertainty opens up more possibilities to offer a helping hand.

“It’s high school, and that’s fine. We’re trying to figure out who you are as a person, and so I’m trying to help them navigate that,” Aparicio Ruiz said.

Ultimately, the goal of Unidos is to bring people together.

Unidos advertises itself as the Latinx Student Union: a term some find inclusive while others reject it. The Merriam-Webster dictionary first included Latinx in September 2018 after the word had been spreading through social media for multiple years. Like many languages, Spanish assigns a gender to most words. In Spanish, “o” is masculine and “a” is feminine. The goal of Latinx was to offer a gender-neutral term for Latin Americans. When using only Latino and Latina to describe Latin Americans, the former does not strictly refer to males. Specifically for a group of people, the term Latinos is all-inclusive in terms of gender according to the grammatical rules of Spanish. Nevertheless, the “x” replaced the “o” or “a” of Latino or Latina to form Latinx. People of all genders use Latinx, but LGBTQ+ Latin Americans with a gender outside the male/female binary have especially embraced the word.

Despite its good intentions, some Latin Americans are hesitant to embrace the word Latinx.

According to a 2020 Pew Research Study on the word Latinx, 23% of U.S. adults who self-identify as Hispanic or Latino have heard of the term, and 3% use it to describe themselves. Cristobal Salinas, a professor at Florida Atlantic University, conducted a study with 34 Latin American students and found that they often use the term only in a university setting. When interacting with family members, these students seldom use Latinx.

One reason the word has struggled to gain traction outside the sphere of academia — and outside the United States — is its construct to Spanish speakers. In an op-ed for Swarthmore College’s “The Phoenix,” Gilbert Guerra and Gilbert Orbea argued against the use of the term Latinx. Guerra and Orbea criticized the use of the letter “x” at the end of a word in Spanish, calling it “incomprehensible to any Spanish speaker without some fluency in English” and “unpronounceable, not conjugatable and frankly confusing.”

In addition to clashing with the Spanish language, some argue that the term has imperialistic overtones since it originated in the U.S. and has scarce usage in Latin America.

“That’s the irony of ‘Latinx’ — it’s supposed to be inclusive but erases a crucial part of Latin American identity and language and replaces it with an English word,’’ The Miami Herald said in a 2021 editorial.

“I understand the wanting to hold on to the traditional sense of Spanish,” Aparicio Ruiz said, “but languages continue to evolve… [Spanish] is going to change, and it has changed. People have different dialects of Spanish in different regions.”

Concerning the unpronounceable terminal “x,” some people have suggested the term “Latine.”

“Now, there’s been a change to change the ‘x’ to an ‘e,’ which is also essentially just to be gender inclusive and to not assign a specific gender to our community,” Aparicio Ruiz said.

“‘Latinx’ felt like the most appropriate. I think it’s the most inclusive; I think it welcomes everybody. It does not exclude, and I think that’s what we wanted,” Aparicio Ruiz said.

For those looking to use the most appropriate term to describe someone of Latin American descent, the best option is to ask them how they identify. People often identify as Latin American, Latino/a/x, Hispanic, as their own country’s nationality, a combination of these, or their terms.