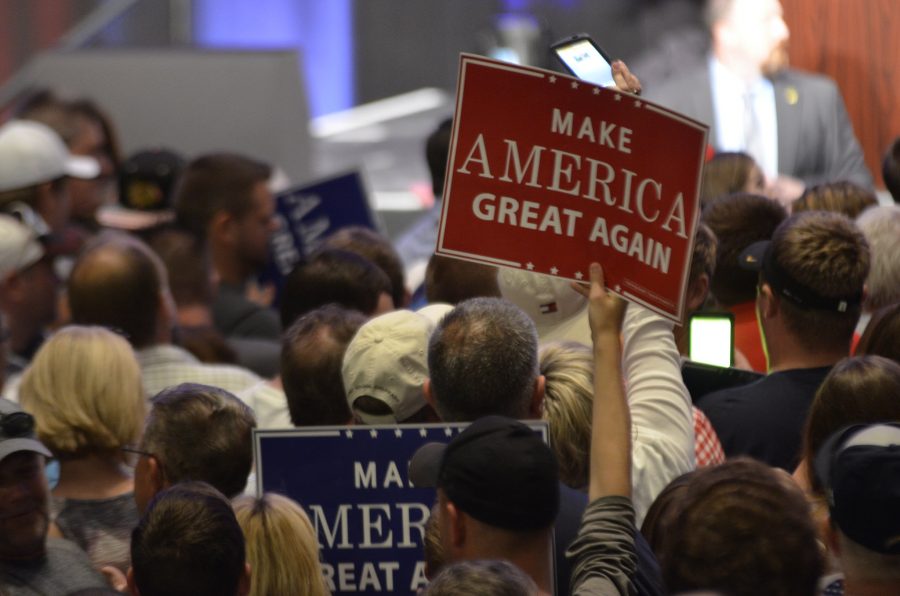 Dear USA, this is my one request.

We need to stop the hate. Do not hate on those who supported Trump and those who won the election. Do not post nasty comments about how you believe that Trump is corrupt or racist. If you supported Hillary, or the Democratic party in general, you are better than that.

Donald Trump is our next president of the United States. That is a fact that will be our reality for the next four to eight years. Do not dwell on the fact that your candidate didn’t win because there is nothing you can do to change what the country has decided.

Instead, move forward. Hillary told us that love trumps hate, and that we, as a nation, are stronger together. We are the United States of America; we need to stand together as a nation, united.

Today is a day where you need to show your love. If you are part of a campaign that bases their values on equality for all, then today is the day that you need accept Trump’s supporters for who they are, even if you do not agree with their morals, because we, as a country, really are stronger together.

While I still stand proudly with Hillary, I most definitely will not spread hate or result to sharing negative comments attacking the Trump supporters. That is what got us here in the first place, after his supporters were attacked throughout the election. If you were constantly told that your morals were wrong, wouldn’t you get angry and make sure to vote and get your candidate elected? They proved us wrong, and they won.

But this is what makes our country just a little better. We live in a nation that lets the people vote for what they believe in. This is amazing, and it is such a great right to have. While many think that the laws Trump will enact are disgusting and criminal, the majority of our nation still voted with him. So, Hillary supporters, it is time to realize that if we do not begin to accept their beliefs, we will not be living up to what we have stood up for for so long– equality for all.

We do not have to agree. We probably never will. Trump’s supporters have very different beliefs on almost every policy. But if we do not accept them, when will they ever begin to accept us?

Respect the fact that these people voted for what they believe in. They expressed their rights as citizens and made the change they wanted to see. And though I can never agree with what they have said during this campaign season, I still will accept them as human beings who matter.

Hatred will not solve any of our problems. The only way to get the happiness, equality and freedom that we want so dearly is to work together and love one another.

So now I propose to you what you can do instead of spread hate. Please, love and support everyone’s beliefs, every race, every gender, every nationality and every identity. Every single person has a voice that matters, and accepting is the first step on a long journey to being a united nation once more.

Dr. Seuss once wrote “unless someone like you cares a whole awful lot, nothing is going to get better. It’s not.” Those words are what we need to hold onto as we head into the future. Care about every single person around you, move forward, accept those around you and love with all your heart.