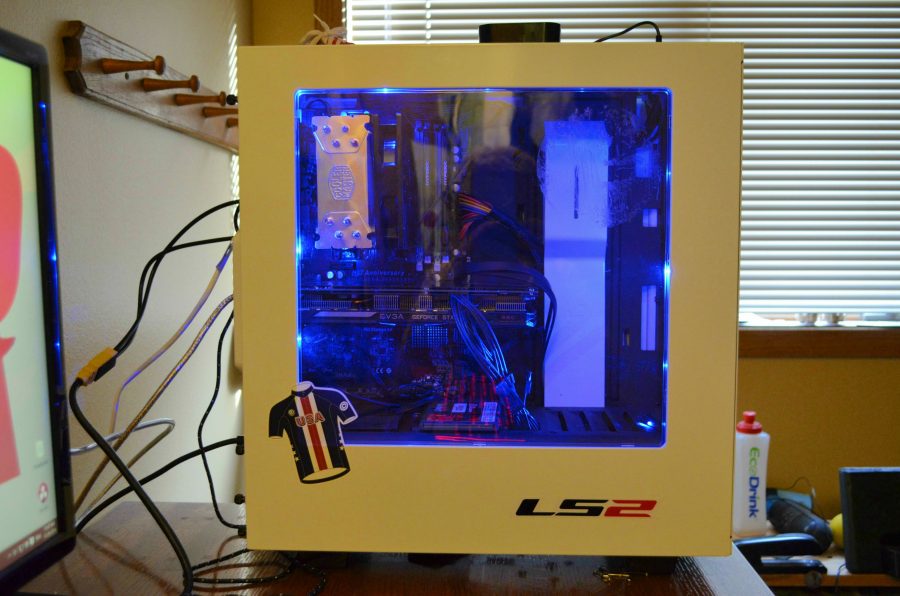 An increasing number of students at West high have partaken in the task of building their very own computer. What are the advantages of this? Is it worth the money?

Nolte: I built a computer to have more fun with games, and because I was told it was a very fun thing to do. I talked to people at work, and my friend about it for a while, so I was interested in making one.

Nolte: It wasn’t too hard. The internet helps a lot, so it was a fun and easy process.

Nolte: I can run any game really well, and I have control over how the computer runs, and what parts I use.

WSS: How long did it take to build?

Nolte: It took two weeks for parts to arrive, but built the whole thing in a few hours.

It was #worth, and I would recommend it (PC building) to anyone who wants to have a lot of fun gaming.

Braverman: I built it because I’ve been really interested in PC gaming, and it’s a lot more respectable to build your own computer rather than buying one.

Braverman: It wasn’t terribly difficult, it was like putting together a really expensive puzzle.

Braverman: It is a lot cheaper than buying a computer, PC street credit, and it sounds cool to others.

Braverman: I use it mostly for gaming. I used to play a lot of CS:GO, but now I play H1Z1, and other random games.

Braverman: It was 100% worth, and I would totally recommend it.

Schroeder: I built a computer to game on, and also to do 3D modeling.

Schroeder: I had an easy time putting it together. It took under three hours to get the computer to boot from when I started to build it.

Schroeder: I play a lot of various games, but for the most part, I play in 4k at 60hz on one of my monitors, and I play more competitive games, such as CS:GO on at 1440p at 144hz on my other monitor. (Hz= how many times the monitor refreshes per second. 1440p and 4k are the resolutions of the monitors)

Schroeder: It was definitely worth it. I would recommend building a PC to others, because of how rewarding the process is. 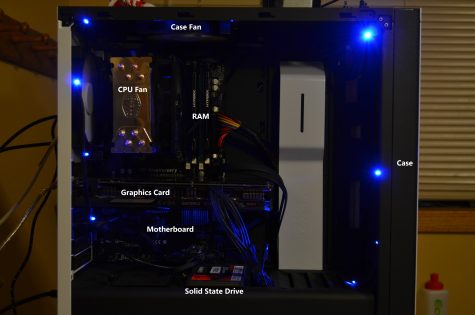 Parts of a computer –

Case Fan: These keep the air flowing in the computer.

CPU Fan: This is specifically for keeping the processor at a nice cool temperature.

RAM: The more you have, the more programs you can run at once on your computer.

Graphics Card: This is one of the most important parts of the build. This processes all the pixels that are displayed on your screen, and makes them look pretty.

Motherboard: This is what holds together all the components.

Solid State Drive: This is a type of storage that loads faster than the average hard drive.

Case: I think you can guess what this does. It holds together the PC, so that it doesn’t collapse.

CPU: This isn’t visible in the above photo, because it it covered by the CPU fan. This is the brain of the build, it is what processes all the commands, and makes things work.