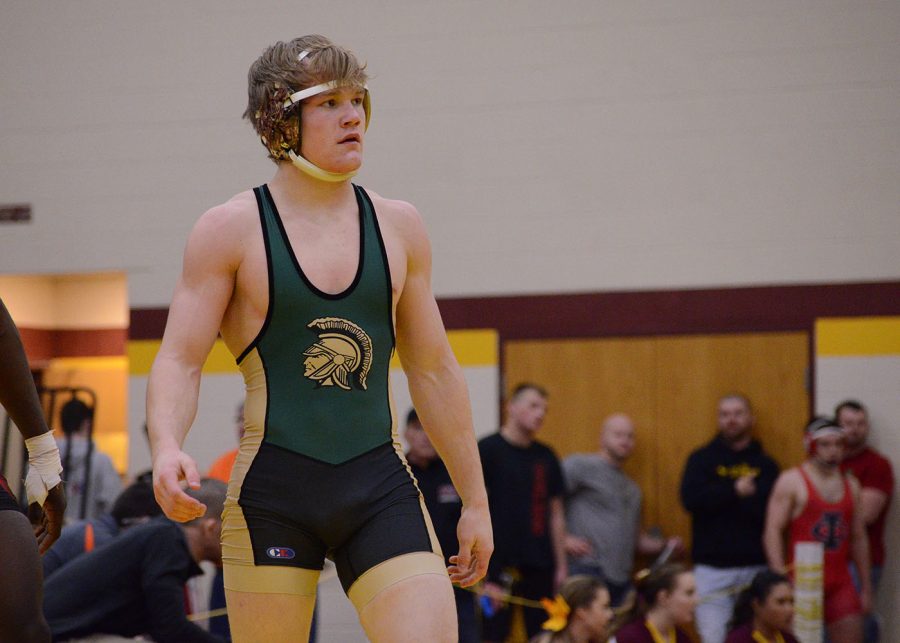 Nelson Brands ’18 wins the District 5 wrestling tournament and will enter the Iowa High School State Wrestling Championships as the top ranked wrestler at 152 pounds in Class 3A.

NB: I’m fifty and one. My only loss is to Austin O’Connor from Illinois; he’s number three in the nation.

NB: I’m a lot more, I’d say, dominant. I’ve had a lot more pins and tech falls than I did last year.

WSS: Do you expect to face him again at state and still be challenged?

NB: I’ll more than likely see him in the final because he’s on the other side of the bracket.

NB: Recovery, lots of icing, lots of sauna-ing. And then, obviously getting ready in practice with the coaches and video.

NB: I’m very physical, and I get to every shot that I possibly can.

WSS: Now, what do you expect out of state?

NB: I’d like to win, for sure, then get my second state title.