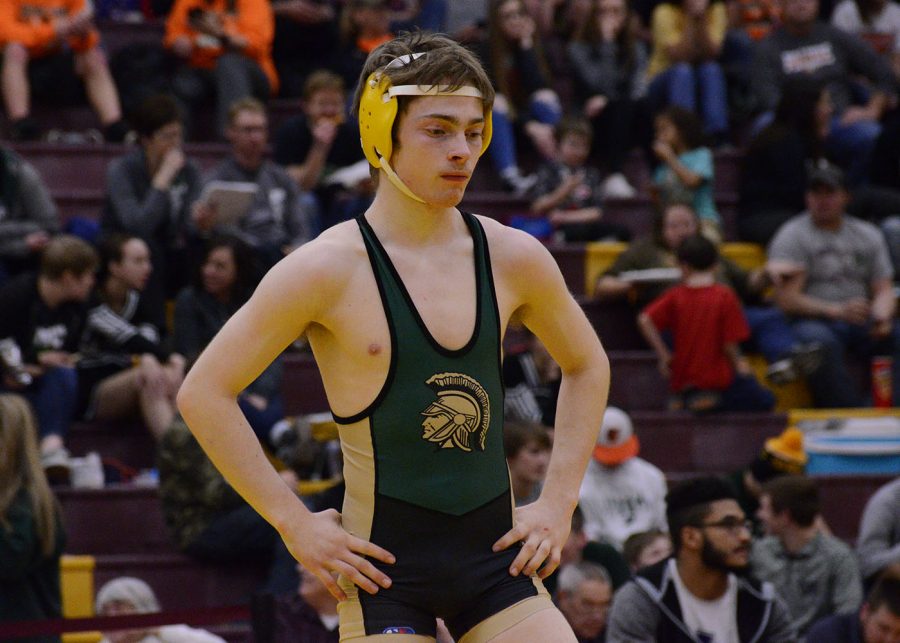 Hans vonRabenau ’18 places second at the District 5 wrestling tournament to move onto state for the second time in his career. (Feb. 11, 2017)

HR: I’ve improved quite a lot. Last season I had below 500 record and I still managed to make it to state. I have a lot more confidence in my abilities.

HR: Most challenging competitor has probably Conrad Braswell from Prairie. He’s the number three kid in the state. I just need to keep up with him, get my snap down, score points.

HR: Probably, I might face him at state. There’s a possibility he’s on the other side of the bracket. So, I don’t know.

HR: Just wrestling in this room, keeping my weight down, and just keeping mentally prepared. Being confident in my own abilities, not overthinking what I can and can’t do.

WSS: What’s your style of wrestling?

HR: I’m very head on. I like to keep pushing forward. I get to inside tie and get my double leg or snap down.

HR: I expect to place. I expect to win matches. Just get the job done and see where I can go.