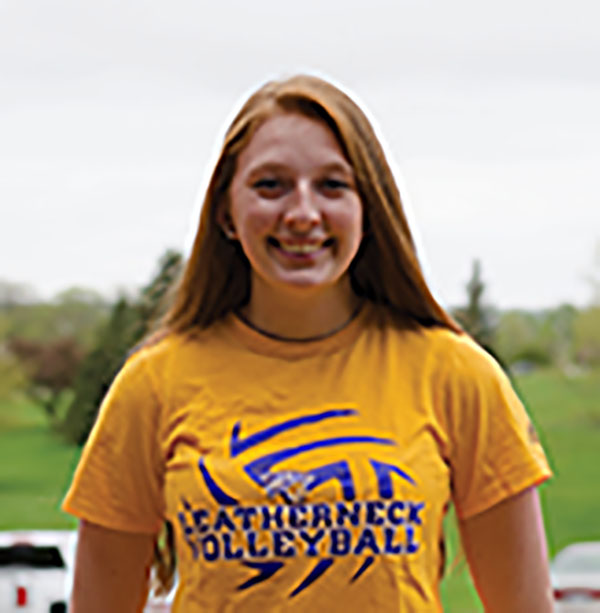 “My most favorite game was when we played Bettendorf this year to go to state. Because we were ahead two sets … They came back the next two sets to tie it 2-2, so it went into the fifth. I remember it was super duper intense, and it was 14-14 and I came in and was super nervous. But then it was 15-14, and then we won 16-14 after a girl hit it out. I just remember falling to my knees because everyone just put in so much work, and that was probably the best game I ever played in high school.”