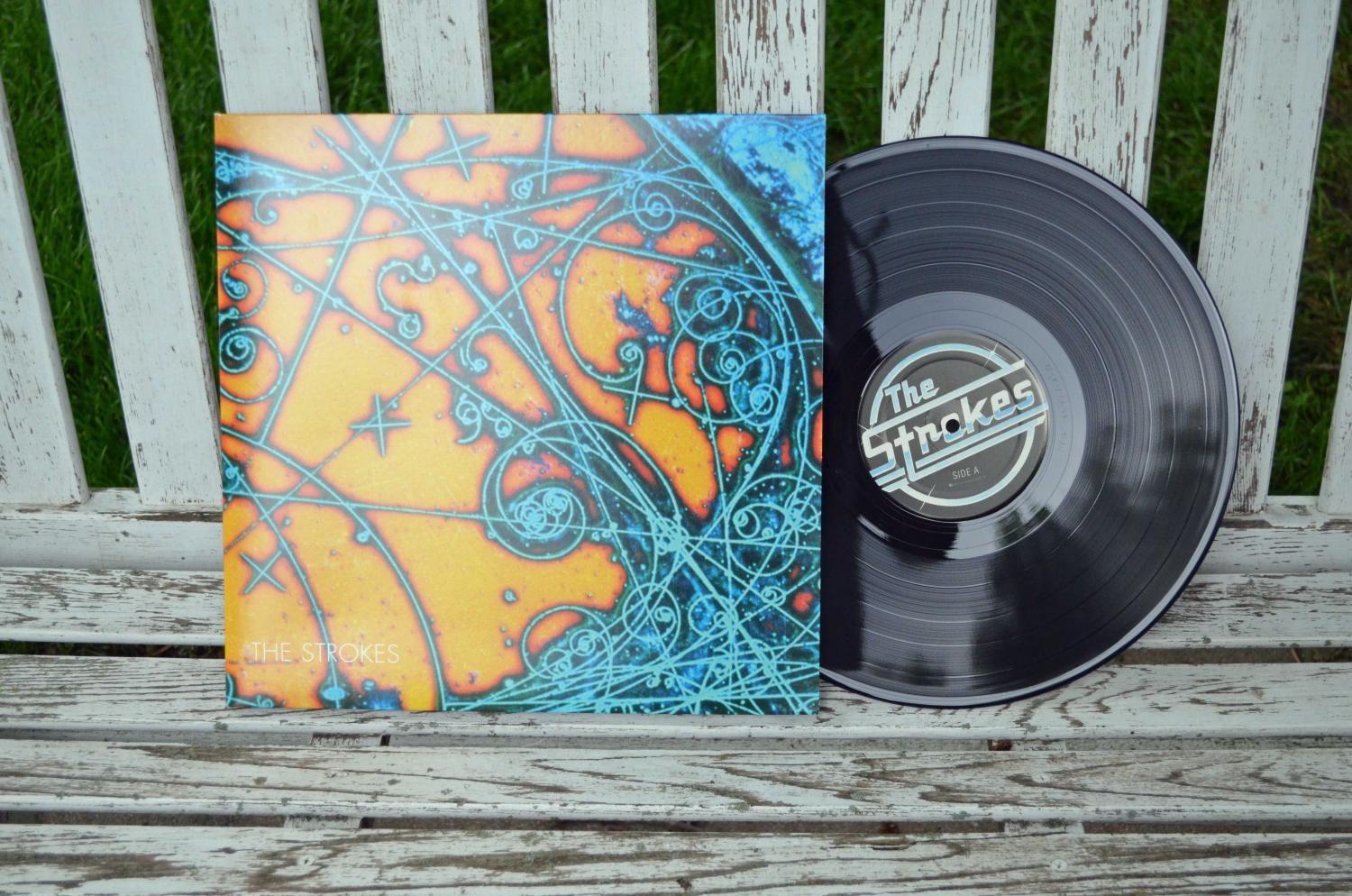 This is the album “is this it” by the Strokes. They are a successful American rock band. I highly recommend.

The new age of vinyl

The vinyl record industry has been experiencing lots of growth in the past couple years. All sorts of people are getting in on the turntable craze. What makes vinyl records so cool, and should you start a collection of your own?

I don’t know how often you may visit Barnes and Nobles, but if you go there frequently like me, you may have noticed the ever growing section dedicated to vinyl records. Just a couple years ago, it was almost rare to see someone with a record player and vinyl, but in these days you can meet people all over who are interested in the media from the past. One of the best places you can purchase vinyl is at a record store downtown Iowa City that opened 35 years ago called Record Collector. I myself frequently visit this location and highly recommend it for cheap and unique records. I stopped by and decided to ask one of the employees about what they thought about the vinyl industry’s growth, and vinyl in general.

WSS: Do you think vinyl will continue to get more popular over the years?

RC: Jeez, I hope so. I think that in response to everything being digital, people wanted something that they could actually hold and actually touch. I would hope that it would continue to grow.

WSS: What aspect of vinyl do you like the most?

RC: I like how old a lot of it is. I think it is cool that there is tons of history behind it. All the other people who have owned it, all the different labels, and the things that people had to go through to put out a record. It took a little more effort than burning something on a CD.

WSS: Do you recommend record collecting, and why?

RC: I think that you can learn a lot from collecting. It is fun to pick things up and try new things, and learn about the artist from the packaging. I think you get more information based on physical media.It takes more effort to buy something.

(Another passionate employee also had a comment to make)

As a medium it has been around longer than any other musical format. So being in existence for as long as it has, there is just way more stuff out there. So if you are looking through a Goodwill bin, you can find a high school band from 1962 that is on record, and you might not care about that, but the fact that that exists and everything up to modern day, like the new childish gambino being on the same format. To me that is impressive in a sort of way. I think the only thing in terms of a format in terms of longevity, is books… so in terms of a musical format, there is a wider spectrum of records out there than any other format.

From talking to people who are surrounded by vinyl, I learned a little more about why people are so passionate about the media. A huge draw of vinyl is being able to just physically browse a store for hours and find all sorts of new music that you never would have thought of listening to before your visit. Students from West also seem to have the same reason for liking vinyl.  “There’s something warming about having a tangible piece of music, whether it’s new, or something old that people have listened to since forever ago.”  said Aisha Kazembe ‘18.

Now that I know why people enjoy vinyl, I decided to look at how people got into it. “I got into vinyl because I went through a pretty strong hipster phase and I thought it would look cool, but then I actually started to enjoy collecting and listening to records.” said Kazembe. That isn’t the only reason why people started collecting though. Many new collectors start because of someone else they know having that same interest. “My friend had one and she would play records and I thought it was cool so I asked for one for my birthday” said Tessa Miller ‘20.

My final take away after listening to what others had to say about vinyl is, you should totally get into vinyl if you are willing to have an expensive but fun hobby. Records can cost anywhere from $1 at Goodwill to $40 for a new release online. The turntable itself is also very expensive, if you want to get a good one, you will have to shell out around $120. Once you get going collecting records becomes a very entertaining and rewarding process. It will always be cool to pull a record out of its sleeve, drop the needle on it, and relax to your newest discovery. If you do decide to start collecting vinyl, maybe i’ll catch you at a garage sale picking out a piece of history.