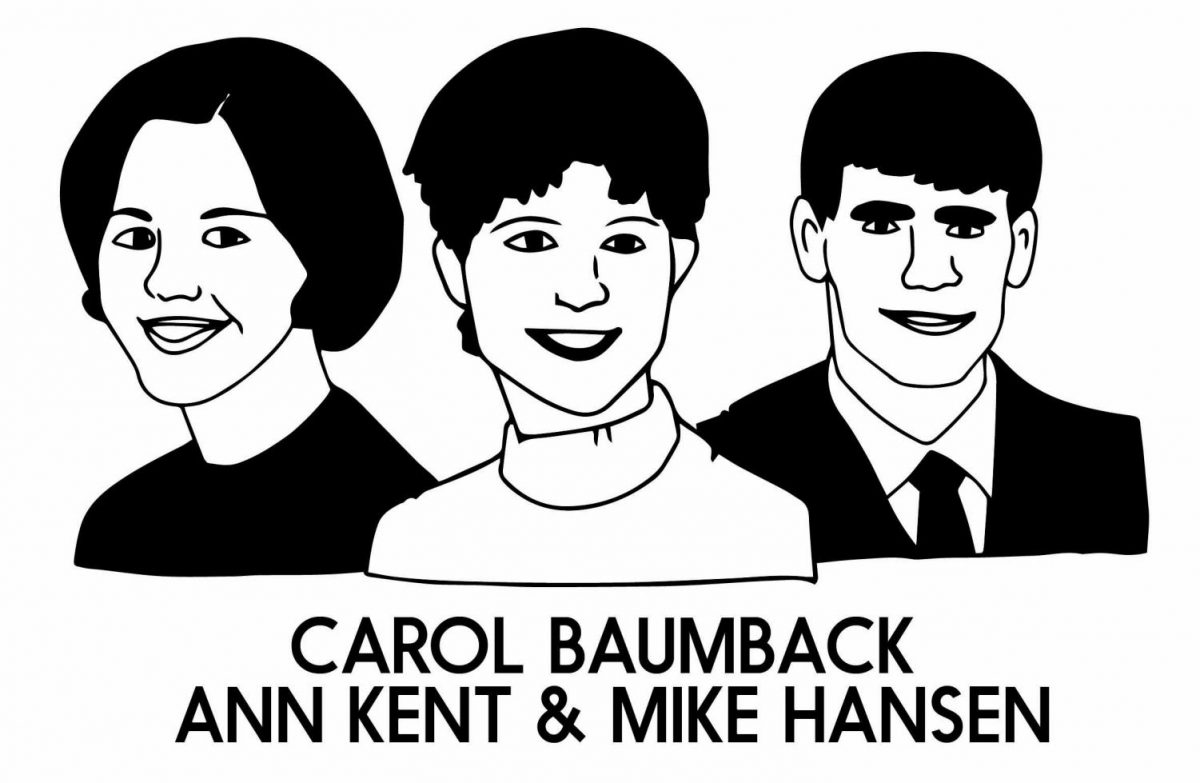 Hear from Carol Baumback, Ann Kent and Mike Hansen from the graduating class of 1969, who gives details on what social life and culture was like in the late '60s.

I dreaded leaving half our friends and having to use the City fields, being bused out in the middle of a cornfield. However, all students were included in decisions … we got to set a lot of traditions like West Side Story and there was a lot of fun with the faculty and principal.”

“Going to West High as a senior was bittersweet,” said Carol Baumback ’69. “Many of my dearest friends remained at City. It was exciting to go to a brand new school, but it was hard for our class to be split apart our senior year.”

Baumback wasn’t the only disappointed student.

“I was angry [and] unhappy but it really turned out to be a great year,” said Mike Hansen ’69.

Not going to City resulted in more freedom for West students, which played a significant impact on the rest of the year.

“I dreaded leaving half our friends and having to use the City fields, being bussed out in the middle of a cornfield,” said Ann Kent ’69. “However, all students were included in decisions … we got to set a lot of traditions like West Side Story and there was a lot of fun with the faculty and principal.”

It wasn’t fun for most seniors to deal with junior high kids. (Read more about junior high students at West at the bottom of the page.)

“We’d call them annoying pests … They were small and carried briefcases around. When you’re walking they’d swing those around and hit you in the knee,” Hansen said. “You’re a senior. You shouldn’t have to put up with that.”

There were also four dances a year. Homecoming was casual, with chariot races, football, rallies and a queen-only throne.The second dance was the All-Schools Dance that included West, City, Regina and University High students. The Barn Dance was where girls would ask boys to squaredance. The final dance was the formal Spring Dance.

“I enjoyed going to the dances,” Baumback said. “Our gowns had high necklines and were floor length. We wore gloves [and] the boys had to take the initiative to ask the girls to dance.”

Sports opportunities for women were rare other than the Girl’s Recreation Association and intramurals.

“There were not any sports for females other than tennis and gymnastics,” Kent said. “We developed a swim team in senior year and competed against four other high schools. West won.”

In addition, the area surrounding West High was not nearly as developed as it is now.

“On the other side of a parking lot there was a barbed wire fence and farms. When we split, we called City High east side and West High country high … There were miles of cornfield all around,” Hansen said.

Through community building, West’s first year also had controversial matters. International Affairs Week and African American Week were some of the opportunities to learn about current affairs and perspectives of ongoing issues.

“We had lots of speakers come,” Baumback said. “There were no African Americans in our graduating class and only one in the whole high school.”

Recreational drug use of the ’60s also had its impact.

“I heard a few rumors that a few students had tried LSD … It was just the beginning of recreational drug use and it was also the beginning when students were asking for more freedom,” Baumback said.

Before students had more freedom with clothing, there was an enforced dress code. “We did have a strict dress code, even for teachers … Staff wore suit and tie. The girls had to wear dresses or skirts, even though the hemlines were up to the middle of our thighs,” Baumback Said. “We wore nylon stockings and girdles. It was very uncomfortable to sit all day at our desks with our knees together.”

Students who didn’t follow the dress code were met with enforced punishments.

“Assistant principal Jim Ferguson … stopped a girl-a hippie-out in the commons. Her skirt was too short so she got a detention. Guys got detention for not wearing T-shirts or having collars tucked in,” Hansen said. “Just watching the students come out today, the clothing would have never worked back then.”