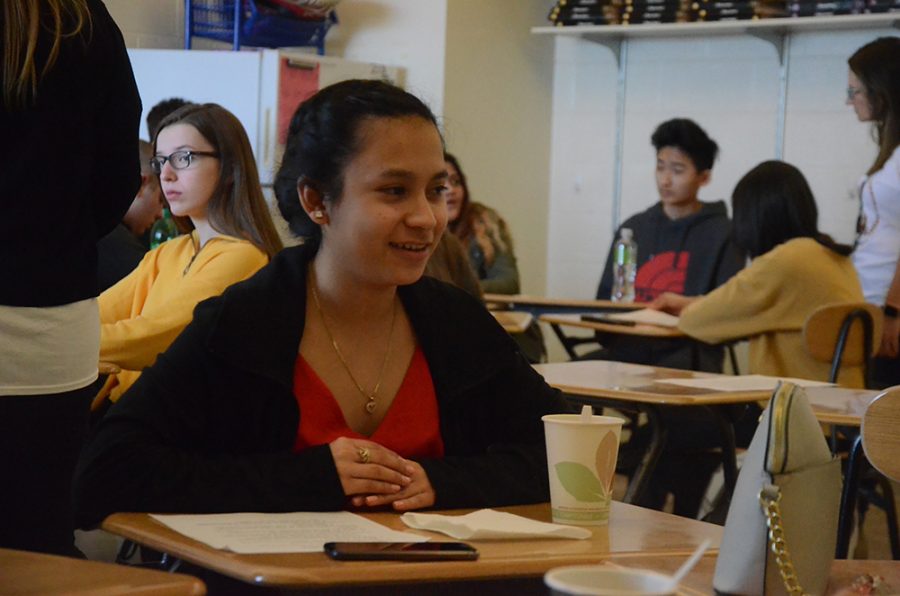 Maria Fernanda Perez ‘21 speaks to other students about the difficulties and stereotypes she has faced by being a Latinx student.

Being Latinx in the US

Hosted by Spanish teacher Jamie Sandhu, this session aimed to debunk stigmas and stereotypes against people of Latinx heritage. Students in the session were broken up into small groups, each with at least one latinx person, and held discussions over prompted topics. Conversations ranged from the strictness of parents from different backgrounds to the harmful stereotypes that Latinx teens have to endure. Native Guatemalan Maria Fernanda Perez ‘21 took advantage of the session to point out common misconceptions about Latinx people.

“You could be from anywhere and sometimes people say that you’re Mexican because of the way that you look,” said Perez. “Another thing that really bothers me is that some people will call you an immigrant when they don’t really know that you’re an immigrant.”

Although Perez brought a lot of her own insight to the session, she did not fail to learn something new as well. “I really didn’t understand where “Latinx” came from, but now I understand that it’s about every gender in Latin America,” Perez said.