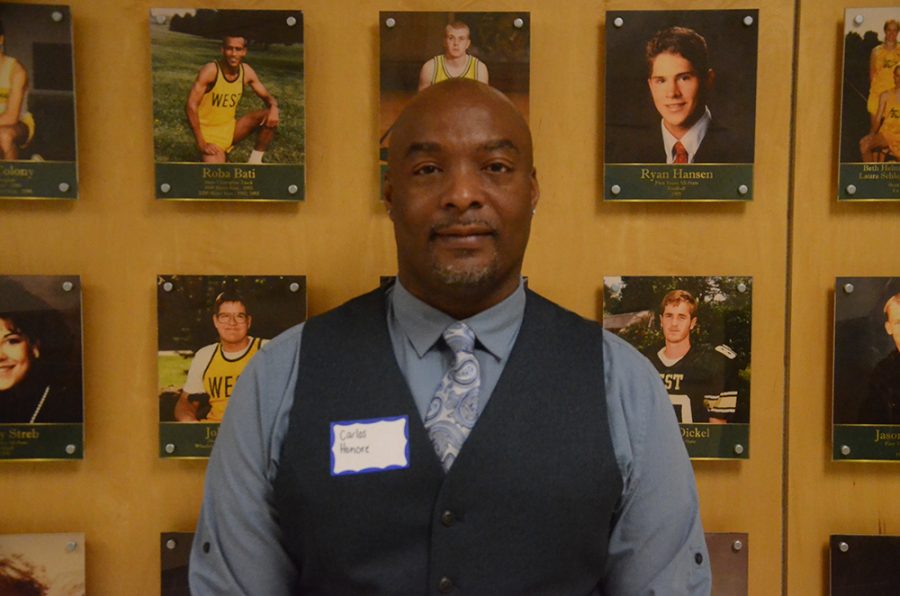 Carlos Honore, a West High graduate, spoke about how he overcame his difficult childhood to achieve success and give back to his community.

Carlos Honore speaks about his experiences

Honore spoke on the the challenges he faced during his childhood, including nearly-cataclysmic run-ins with gangs and the ever-present scourge of his father’s drug addiction. Honore’s biggest goal for the session was to give hope to students in similar situations.

“I realized when I came back that the demographics had changed a lot in Iowa City,” said Honore. “What I found out was that there were a lot more kids that look like me that needed to have that message from somebody that has been through it, that regardless of whatever obstacles are in their way or what they’re dealing with in life, they can get over it with a little bit of hard work.”