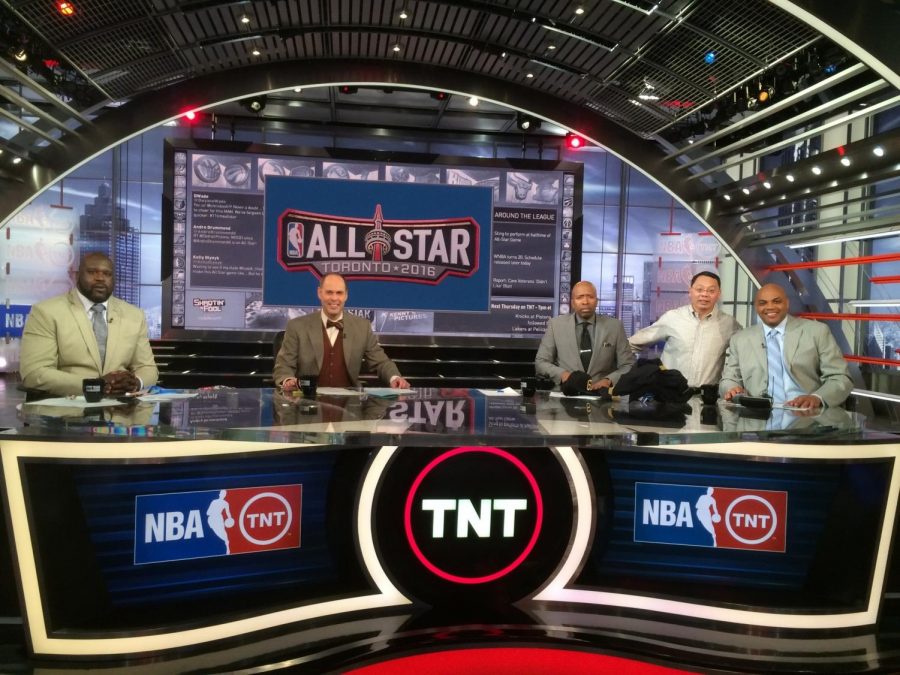 Lin Wang poses for a photo with “Inside the NBA” hosts, including Charles Barkley, at the TNT headquarters.