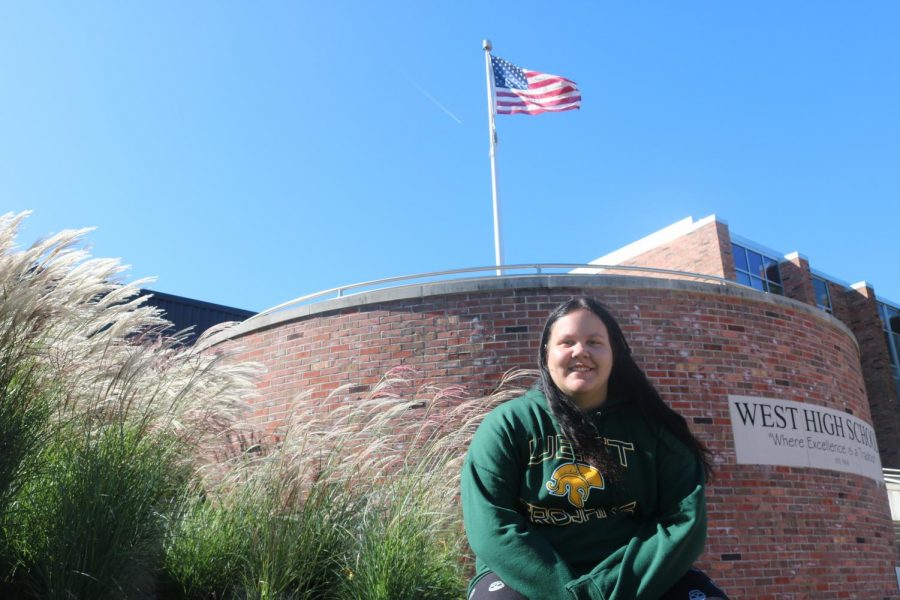 Aislin Craig ’21 sitting outside of West High enjoying the beautiful weather before it starts to get cold.

“When I was closeted, I was kind of like a lot more shy, and kind of more afraid I guess, to be who I really was, but then when I came out I felt a lot better,” Craig said.

When she attended school in Williamsburg, IA, Craig didn’t feel like she could be herself.

“I was trying to convince myself, ‘No, this isn’t what you are. You’re straight’. But then I came out in January, freshman year,” said Craig.

When I came out, I felt more comfortable… I now have a lot more friends who are in the community who I can talk to about things like that.”

After her dad got a job in the district she felt more comfortable sharing her identity. She went to her brother who is gay and her friend who is bisexual before she came out to other friends and family for their support.

“It was just late at night and I started getting all emotional, then I texted them and asked for some advice,” Craig.

Leading up to her coming out the thoughts had been circling her head and she wanted to share them. Craig decided to text her mother, father and sister, because she was nervous to tell them face to face. She then told friends or they found out over time.

Now that her identity is public, she can be more involved in the community.

“It’s amazing, because before, freshman year, I wanted to join COLORs club, but I wasn’t out. So I was kind of, not necessarily afraid, but really shy,” Craig said. “And then when I came out, I felt more comfortable… I now have a lot more friends who are in the community who I can talk to about things like that.”