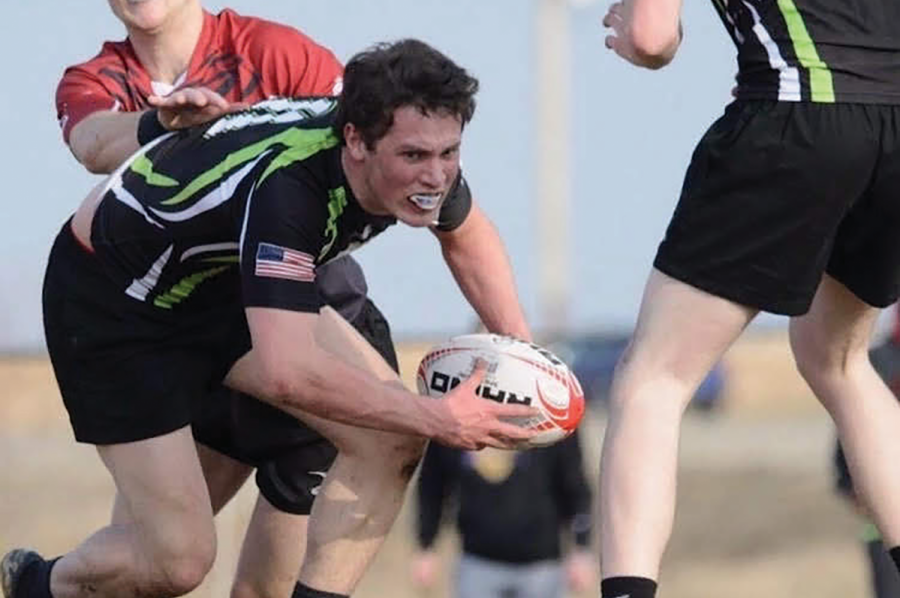 “People think [rugby is] really dangerous, but it’s actually not. You have to learn how to tackle someone,and how to properly bring them down,” Dains said. “It’s not like football where you can just hit them as hard as you want.”

At first glance, it appears to be a typical football game. The players run, cradle a ball and tackle each other. Looking closer, however, you see that the way the players toss the ball to each other is unlike many have seen before: it’s thrown in every direction but forward. This isn’t a game of football. It’s rugby.

For Mason Dains ’20, this spectacle is a normal part of his daily routine during rugby season, which lasts from February to May. When his friend’s team needed more players last year, he decided to try it out, eventually becoming a committed player on the team.

However, every sport has its fair share of challenges, and rugby is no exception.

“[Rugby] is not very common and nobody really knows the rules of it,” Dains said. “To get used to those and know what to do and where to be at what time [is difficult].”

Much like football, a crucial key to winning games is teamwork. Through a supportive environment, Dains’ team is able to cooperate and play well together.

That makes the adrenaline start pumping and make things a lot more fun out there.”

“[My teammates and I] all get really excited to play [and] really hyped up,” Dains said. “That makes the adrenaline start pumping and make things a lot more fun out there.”