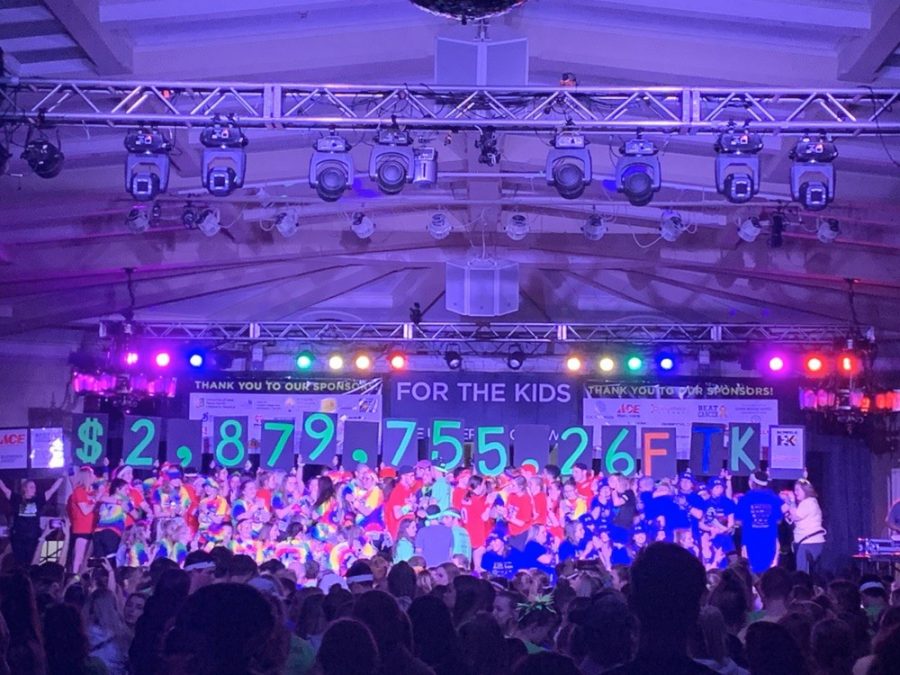 The final reveal for the amount of money raised for the kids is celebrated.

West High School Dance Marathon has been running strong for eight years, this year they raised $20,894.22.

Lucy Roth was diagnosed with cancer, a softball-sized tumor in her brain, when she was only two. She was admitted to the University of Iowa Children’s Hospital immediately and went through multiple surgeries to reduce the tumor. Nine years later, Lucy is the kid captain of West High School Dance Marathon. Without Dance Marathon, Lucy and her family would have had a much harder time paying for her surgeries.

“UI Dance Marathon immediately came to our aid and they did even just small things that helped so much like paying for our parking, or giving her toys to play with or the students would come to the hospital and play with her,” Heather Roth, Lucy’s mom, said in a speech at WHSDM on January 19.

“It really funnels down very concretely to families like us,” Heather said. “It’s not just this big abstract idea or organization. Dance Marathon really does help just normal, regular people like us. We’ve benefitted so much and it’s such a worthy cause.”

WHSDM hosted their six-hour fundraiser to raise money for the Children’s Hospital at West High on January 19 from 12pm to 6pm. They hosted performances from Vox Novus, West’s a capella group; Poms, West’s dancing team; UIDM’s morale team and drumline. 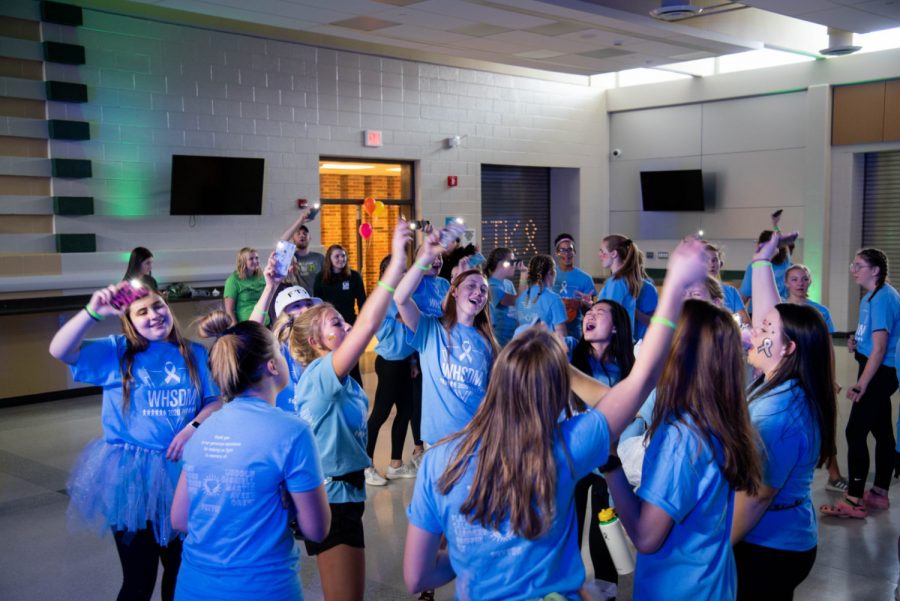 Gallery|5 Photos
Caroline Barker
Dancers wave their flashlights and sing their hearts out to "The Climb" by Miley Cyrus.

Along with the performances, WHSDM had morale dances, dance battles and picture opportunities. Throughout it all, members danced for the kids. At the very end of the event, WHSDM revealed the amount of money they had raised this year: $20,894.22.

Lizzy Slade ’21 has been a part of Dance Marathon for all three years she has been at West. She joined because of a family friend who has leukemia, and to help all of the other kids at the Children’s Hospital.

“[Dance Marathon] is something that is really pure amazing. We don’t have a lot of things in our society today that’s like 100% but this organization is,” Slade said. “What kids are doing out on the dance floor is truly amazing.”

“[UIDM is] a lot more elaborate. It’s a lot more because there’s so many more kids, but it’s still the same idea and it still gives off the same vibe,” said Bralyn Bigley ’23, who has participated in UIDM’s Dance Marathon as a guest for two years.

At both dances, they are supposed to go the full time without sleeping, sitting down or having any caffeine. However, adjustments can be made for people who are uncomfortable with doing so the whole time.

Many people that weren’t directly involved with WHSDM came to support the cause as well.

“It a great event and supporting the kids is just really what it’s all about and I love supporting them and helping out,” Heidi Schmidt-Rundell ’21 said. “It means so much for all the people involved in it in any way and the more people that show up the better it is.”

“I love dancing for those who can’t,” Catty Jones ‘22 said. “I can’t physically go into the hospital and try to find a cure so I feel like dancing and raising money is the best that I can do.”

Gallery|3 Photos
Marta Leira
The final reveal for the amount of money raised for the kids is celebrated. 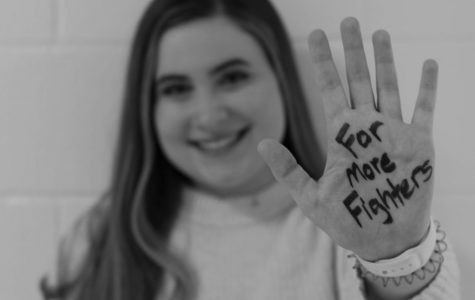 Katherine Yacopucci ‘20, co-president of West High School Dance Marathon, joined WHSDM her sophomore year because classmate Lila Terry ‘20 was involved. She quickly fell in love with the organization. “It seemed really fun and it was a really good cause. It made me happy thinking of all the difference we were making for the kids … It’s really nice to see your hard work pay off, especia... 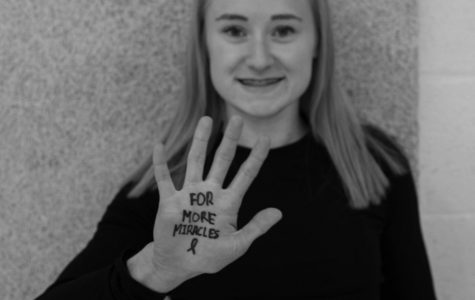 Maddi Logsdon ‘21 has been involved in Dance Marathon since elementary school, where she made a personal connection to the cause.  “I started when I was in elementary school because one of my brother’s friends had leukemia,” said Logsdon, “I thought it was really important. I saw how much she was struggling with it, and [thought about] how many other kids we can help through Dance ...