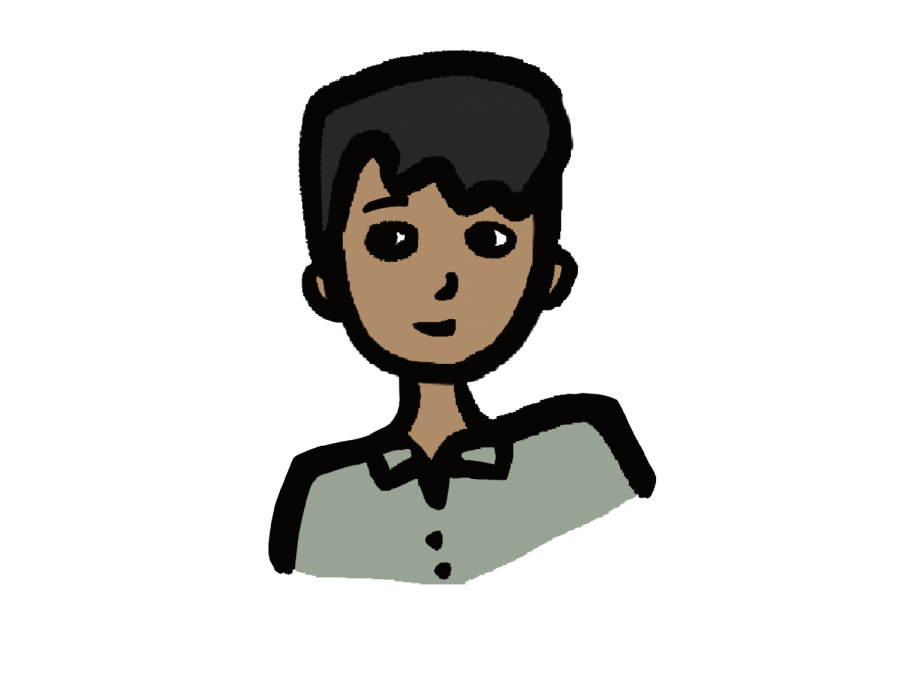 George Floyd’s death at the hands of police sparked many individuals across the nation to step out of their homes to demand justice for the Black lives with similar experiences to Floyd’s. Josh Hurtado ’22 is one of many protesting in Iowa City.

“I decided to protest because of what happened with George Floyd, may he rest in peace as well as many others who have died due to police brutality and racism,” Hurtado said. “These issues have been in this country for a very long time [and they don’t] seem to stop. I protest because there needs to be a change, and I won’t stop going to them until something happens.”

With influence from his mother, an activist, founder and current president of the Centers for Worker Justice, Hurtado decided to take part in protests to raise his voice for those who are afraid to do so.

“[She] has been an inspiration, [a] big role model, therefore, sparking interest in me participating in everything I can,” Hurtado said. “These protests were something I instinctively knew I wanted to be part of for the well being of others. I have my many flaws, but I try to do what I can when it comes to helping others, especially those in need and standing up for those living in America’s shadows that can’t raise their voices due to fear.” 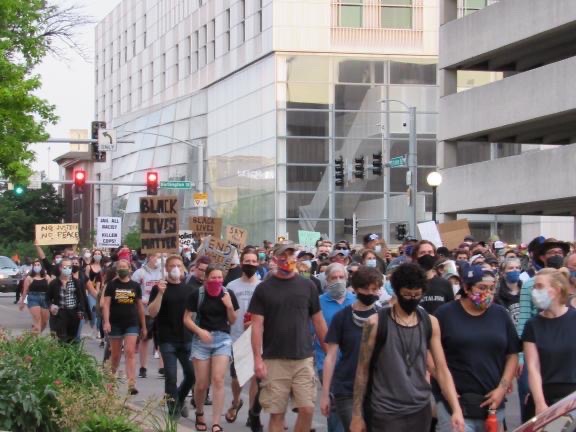 Along with protests, coronavirus concerns have also been on the rise as cases continue to increase across the nation. Despite the ongoing pandemic, Hurtado was determined to participate in protests.

“I didn’t have any hesitations about protesting during a pandemic and won’t have any. If you think staying safe from [the] coronavirus is more important than rectifying police brutality, racism and the innocent killing of George Floyd then something’s wrong with you,” Hurtado said. “I understand those who have family members that are in more danger from [the] coronavirus. But to those who don’t, I can’t respect that. I’d rather catch COVID-19 by protesting downtown, documenting everything than staying home doing absolutely nothing at all.”

A protest took place in Iowa City on June 3 which started at the Pentacrest on the University of Iowa campus, and protesters marched downtown towards I-80. However, what started off as a peaceful protest peaked when officers from the Iowa City Police Department fired tear gas, being the catalyst of chaos. According to Hurtado, he was hit with tear gas four to five times along with a few flashbangs.

“It stung real bad around my eyes. Like it stung so much my eyes got watery, and it got hard for me to breathe as well. It all went down real quick,” Hurtado said. “My friend … and I were taking pictures and videos not more than three meters away when it happened. We heard them and ran fast [in] the opposing direction to safety. We then made sure everyone was okay, I was handing water while we were recording.”

According to Hurtado, the incident only escalated from there.

“Not much after about three to four minutes later we saw people having seizures and handing milk and water to people who felt the tear gas worse. I then went up again and saw law enforcement throw tear gas once again while people were having seizures and ambulances coming towards our direction. It was total chaos,” Hurtado said. “[The] surrounding neighbors brought out milk, water, and supplies for us protesters. They threw tear gas about two more times, [and] I felt those as well.”

Society is finally standing up against something that has been wrong for centuries and realizing that our governments have many flaws in their systems.”

Although protesters started to retreat around 1:30 a.m., Hurtado stayed put to ensure the other protesters were healthy.

“I walked towards downtown with my eyes still stinging. I heard some cars and people chanting. I then joined them and we marched to [the] Pentacrest which was surrounded by special forces armed with riot gear. We chanted and said all we felt at that moment, it finished around 2:40 a.m. and I headed off home,” Hurtado said.

“I felt frustrated when law enforcement threw the tear gas, kept throwing it while people were having seizures and ambulances trying to get to the ones injured. I was pretty terrified [and] had a lot of adrenaline. If law enforcement ever uses tear gas again, I would stay again and make sure everyone is okay,” Hurtado said.

In response to the Black Lives Matter movement, there have been contradicting viewpoints stating that not only Black lives matter, but all lives matter. However, Hurtado believes this perspective does not satisfy the movement, nor is it the right message.

“I’m not saying that all lives don’t matter, but right now Black Lives Matter is what needs to be brought up,” Hurtado said. “Here’s an example, let’s say your friend’s mom passes away. You wouldn’t say ‘Everyone dies at some point, it’s not a big deal’. Instead you would say, ‘I’m sorry for your loss, it’s a shame’. Black people here in the U.S. have been targets for a long time and have been put down for centuries. Saying ‘All Lives Matter’ during these protests is just wrong. ‘All Lives Matter’ for me is equivalent as someone saying ‘George Floyd died, and there are other races too that have been hurt and killed.’”

Many celebrities and other social media users have used their platforms to raise awareness and share petitions for individuals to sign. Social media has been a key tool to advertise the protests and spread the hidden reality of the Black lives being ended in police custody.

“I post information about upcoming protests, pictures, videos on my social media platforms so that more people can join us and can see what’s really happening in the protests. I talk to other people as well,” Hurtado said. “Multiple times I will meet up with officers and sheriffs before the protests reach them, I express what’s going to happen by our side and they explain what their next moves are gonna be and why. Overall, I go to the protests and share the information and protect people who go as well.”

Along with using social media to inform others about protests, Hurtado believes there has been drastic changes in society after the upsurge in protests.

“In my opinion, I think society as a whole has changed a lot, the simple fact that multiple people across the country, the globe have stood up against our government already says a ton. I’ve seen people change their minds [from] ‘All Lives Matter’ to ‘Black Lives Matter’ which I’m proud of,” Hurtado said. “Society is finally standing up against something that has been wrong for centuries and realizing that our governments have many flaws in their systems.”

By going to the protests, Hurtado became aware of how prevalent the issue is.

“Thinking about it … I realized that police brutality is a greater problem than I originally thought before going to the protest. It’s honestly terrifying. Another thing is that I’ve seen the police in a worse way especially since they have been pulling people over after protests,” Hurtado said. “My blood just boils now every time someone says ‘not all cops are bad, there must have been a reason’…  man get that outta here.”

They’re something that makes me feel like I’m doing my best for a better world.”

For Hurtado, the protests are valuable to him and the pandemic didn’t stop him from fighting for what he believes in.

“The protests that I have been going to ever since they have started mean a lot to me. They’re something that makes me feel like I’m doing my best for a better world. I feel like these protests will pay off in the near future and when it does I will feel really proud of myself and of all of those who have gone, spread the word and supported BLM,” Hurtado said. “Overall I’m not afraid of this pandemic if it’s about something that has been happening for a long time that needs to be changed.”