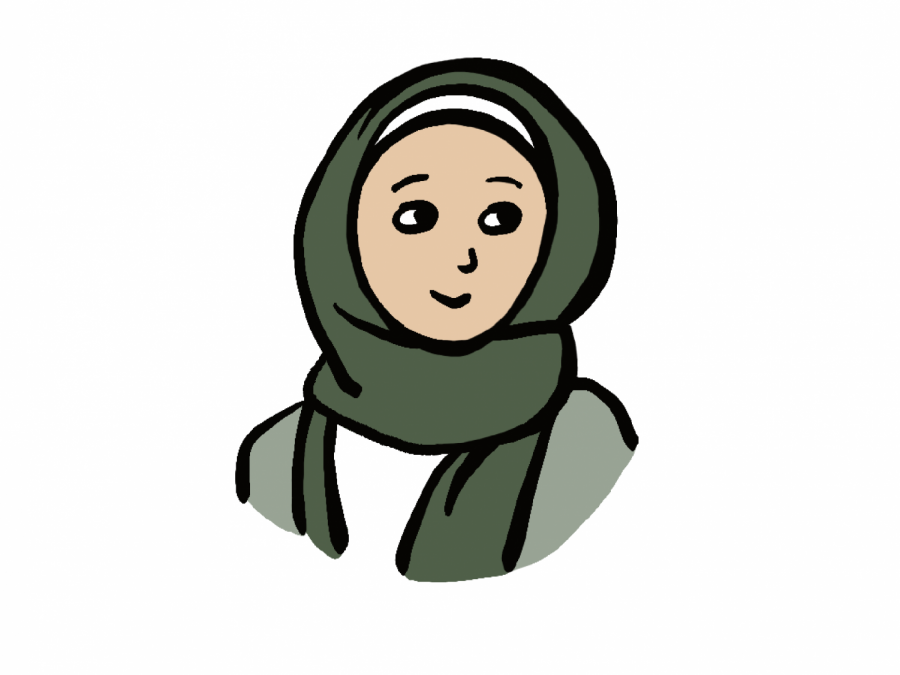 In recent months, the Black Lives Matter movement has become the largest movement in U.S. history with over 15 to 26 million people that have participated in nationwide protests according to Civis Analytics, a data science firm. Many of these protests have taken place in Iowa City and surrounding areas. Many high school students, such as Massa Suleiman ’22 have been participating in the movement.

“I’ve been attending the protests in downtown Iowa City organized by the Iowa Freedom Riders, and I encourage everyone to do so if you are able,” Suleiman said. “These nationwide protests have already caused changes in every state, and here in Iowa City we have many demands that need to be met.”

The Iowa Freedom Riders are the group of protesters that have been leading the non-violent marches in Iowa City. An update from their Instagram page on June 8, said, “The IFR affirms the enthusiasm, mass attendance and ungovernability of Black Lives Matter protests over the last week.” The same update recapped that the IFR met with the mayor, Bruce Teague, as well as the city council to discuss demands and request these demands be met.

“To me these protests mean strengthened hope, and they mean progress towards a future in which our Black brothers and sisters living in our communities do not have to live in fear for their lives. To me [these protests] mean a show of humanity that I often feel has been lost,” Suleiman said.

Many people are turning to social media to start conversation, share information and take action. A common way people are raising money to support the Black Lives Matter movement is by sewing face masks and making jewelry. People are then able to make a donation to certain organizations in exchange for the items. Many people have set up Go-Fund-Me’s for protesters, raising money for medical and other supplies needed at the protests. There are also countless resources (this one compiled by Paras Bassuk ’21) being shared on people’s stories and feeds with ways to educate and take action.

Suleiman has been posting on her social media about ways to support the Black Lives Matter movement for a few years but feels that only recently she has been getting much more of a response and able to have real conversations with the people she interacts with on her socials.

“I’m having conversations with many people that I never thought I would be having these conversations with. The information I’m sharing is easily accessible for everyone and many people have already seen it. The main impact I’m having is not with the people who are already aware and informed, it’s with the people who don’t understand [or] misinterpret the information they’re seeing,” Suleiman said. “I am often met with ignorance that causes some of these conversations to come to a dead end, but so many others end with people drastically changing their views and seeing things from a new perspective that they go on to share with others. Regardless of how these discussions end, I know that to some extent I’m always leaving an impact on the other person by exposing them to what needs to be said.”

Suleiman has attended multiple protests in downtown Iowa City the past couple weeks and says that each time, organizers speak of what progress has been made and inform us of any news. The protesters march to a new location each time. Suleiman says that there are unpredictable outcomes at every protest, but they have become more organized as time goes on.

“After the first few protests the organizers decided to march onto I-80 with the goal of economic disruption. That first time they were met by state troopers in full riot gear – the protestors stood with their hands in the air and did not instigate and the troopers responded with tear gas because they feared for their ‘safety’. [A few days later] we once again attempted to march onto I-80 but we were blocked off by about 90 state troopers and a brick barricade in front of them,” Suleiman said. “Keep in mind these are 90 out of 267 in the entire state of Iowa.”

The ultimate goal of these protests is clear – to bring an end to systematic racism, an end to violence towards the black community, and an end to inequality.”

In order for the protests to be successful, there is a list of demands that need to be met, a few of them very specific to Iowa.

“The ultimate goal of these protests is clear – to bring an end to systematic racism, an end to violence towards the black community, and an end to inequality. The complete defunding of current police institutions nationwide and the replacement of them with community policing is one of the most pressing demands,” Suleiman said. “Focusing specifically on the state of Iowa, two of our most pressing demands are the decriminalization of marijuana possession and reinstated voting rights for ex-felons.”

There are also demands relating to education and alternative schools. Many in relation to the school to prison pipeline. The school to prison pipeline, as explained by the American Civil Liberties Union  is “a disturbing national trend wherein children are funneled out of public schools and into the juvenile and criminal justice systems. Many of these children have learning disabilities or histories of poverty, abuse, or neglect, and would benefit from additional educational and counseling services. Instead, they are isolated, punished and pushed out.”

“We need complete reallocation of the resources given to policing into education and social services such as mental health outreach. In relation to education, anti-racist curriculums need to be present in every school in America and school boards and staff need to be diversified,” Suleiman said. “School resource officers need to be removed from all schools and students must go through a review process with the school board before being sent to alternative schools as the majority of these students are Black.”

You are able to help amplify Black voices and fight for their human rights, and that should be your main focus right now.”

As the protests continued and grew in numbers, a list of demands were given to city council members. When protesters did not see these demands met, the objective for their protests changed.

“Protesters [started] marching to city council members houses, including the mayor, each night and putting direct pressure on them by questioning them on their demands and what actions are being taken to reach them,” Suleiman said.

Suleiman chooses to participate in protests in order to seek justice for those that have been wronged by systemic racism in America.

“It’s not a decision between whether you believe all cops are bad people or not. It’s recognizing the justice system is corrupt and has been failing Blacks and treating them as lesser humans for hundreds of years. It’s not a decision between whether you believe all lives matter or not, because all lives matter, but Black lives are not treated as such,” Suleiman said. “You are able to help amplify Black voices and fight for their human rights, and that should be your main focus right now. Drop everything you’re doing and join protests. Actively seek ways in which you can make changes in your community, because you are more than capable of doing so.”