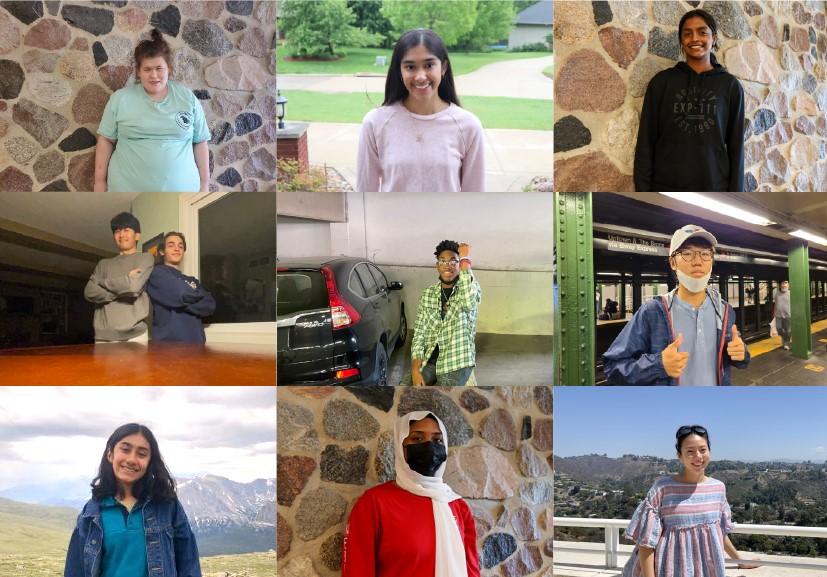 The Student Government is going to replace what used to be known as the Student Senate. The new organization will still create policies and initiatives for West, but the representatives of the organization are going to be selected in a different way that ensures the best representation of West’s student body. The new sponsors of the organization are going to be science teacher Nick Bushkofsky and Social Studies teacher Brendon Aitken. With new students and teachers, Student Government will bloom to serve West High in the best possible way. “If we can get a group of students that is better represented for West students, then we can reach a lot of goals,” Bushkofsky said.

While the Student Government would still make policies and initiatives, their goals of this year would focus more on hearing what other students have to say to develop initiatives. There will be new leadership committees focusing on different school events, starting with Homecoming.

From promoting mental health resources to assisting in the college admission process, all candidates had a shared goal in mind: to be the best representation and the voice of the student body. Meet each of this year’s president and vice president candidates and learn more about their aspirations for West High.

1.  Iahn Shim ’22 & Miguel  Cohen Suarez ’22 are both running for the president position as co-president.

Cohen Suarez  is a serious and dedicated student, athlete and leader in the West High community. Shim is also involved in athletics and he is running with Cohen Suarez as co-presidents.

Shim believes that it is very important to set a good example for Student Government. Both Shim and Cohen Suarez come from different backgrounds, but their goals unit them together. They want to use their perspectives and experiences to connect with other students who aren’t always represented for various reasons.

“For as long as I’ve been in West, we’ve had a competitive and sometimes exclusive culture,” Cohen Suarez said. “Iahn and I want to break down those walls and make our school a place where everybody helps one another out.”

Some of their goals are to bring in new language programs and to prepare students for adult life by trying to get Personal Finance a full-year course. Also, they want to focus on the mental health of individuals and of the school community as a whole. “You should be more worried about your peer’s mental health than the score they got on some test,” Cohen Suarez said. “Iahn and I imagine a new, bright reality for West’s atmosphere, and we’re devoted to making it happen.”

Both Shim and Cohen Suarez are MVP mentors, which is a program devoted to helping students, especially freshmen, feel safe and welcomed at West.

“I think West is the best school I have been to, and I think it’s my and Miguel’s minimum job to follow that tradition,” Shim said. “I hope next year when they do a presidential election, they [lower classmen] will become like us, and try to set an example for the others.”

2. Caroline Mascardo ’22 & Advika Shah ’22 are both running for the president position as co-president. Shah is part of Speech and Debate, and Mascardo is involved with the West Side Story.

Both of them have been involved with the Student Senate since freshman year, and were both parts of the curriculum review committee, and participating in improving mental health resources at West. Being part of all these leadership roles made them both realize that they would be the best fit for running together.

“We just thought it would be best if we ran together just because I feel like our styles of leadership, and speaking complement each other,” Mascardo said.

Mascardo and Shah spent a lot of time last year brainstorming new formation plans for a better Student Government as the Student Senate collapsed. “We don’t want it [Student Government] to be like an elitist organization where only students that are high achieving or very academically talented are participating,” Shah said. “We want it to be inclusive for everyone.”

Focusing on diversity, equality, and inclusion is their top goal that can be achieved by changing the application process and creating committees focused on what interests most of its people. As well as to promote mental health resources and college planning resources for all students.

“There is a large divide between the student body population at West and we want to try connecting all the students,” Shah said.

“We really want to unite the student body and make West feel like a community where everybody belongs,” Mascardo said.

She is involved with the West Side Story, Speech and Debate, Orchestra and JETS. She is also part of Iowa Youth Congress. She was the sophomore  representative on the student senate last year and she wants to help rebuild the Student Government this year.

Help others with college applications by organizing school events with counselors  and West alumni.

Create wellness days where students do fun activities without having to worry about homework.

Chu has planned very well to implement those goals of hers, “I can really initiate them [her goals] and make West the best place it can be. I have a ton of ideas and then I also have a really good work ethic. I have a lot of experience and connections,” Chu said.

She wants to make high school a positive experience for people. For example, make the freshmen and students of the LGBTQ+ and everyone feel more welcomed at West. Goodno is part of MVP and that would help her as a vice president. “I want to make sure that everybody feels welcome and that everybody gets used to high school,” Goodno said.

She believes she has the qualities to fulfill the vice president role. Mayasa is a certified nursing assistant (CNA).

“A lot of my job is to have responsibility, obviously taking care of people that can’t take care of themselves, and making sure that their voices are heard,” Hamid said. “ That would apply to the vice president position because I’m gonna be that voice, and help them protect their own voice – not to silence them or anything.”

Hamid wants to create a government that actually represents the students and achieve their goals, and have fun during high school.

She was involved with the Student Senate in the past. Some of Kapoor’s goals:
Restructuring our Student Government
Improving mental health resources and making them more accessible
Making the college application process a little easier through seminar and sessions in the auditorium
Increase the sense of community through events like Fall Fun Festival or class olympics.
“This year’s freshmen and sophomores are freshmen because last year they just didn’t get the full experience so I think it’s really important for us upperclassmen to take the extra step to make sure that they feel supported and make sure they have mentors,” Kapoor said. “I am here for the student body even if I don’t get elected. I am excited for the next couple of years and the reconstruction of Student Government.”

She is involved with Speech and Debate, and she does Indian Classical dance and piano.

“Through tournaments, I became a lot more appreciative of what we have at our school, and a number of those things are privileges we enjoy due to the effort of people at our school. Running for vice president is the best thing to communicate that,” Laroia said.

Laroia’s goal is to make the school a better place than it already is because that is what the school deserves. Also, to help other students involved with the activities that most interest them.

Shin wants to reduce the divide of power between students and the administration.

Shin plans on providing a suggestion box for students to include all of their voices. He also wants to create a West High culture that improves students’ experience at the school.

“I understand that everyone has their different experiences at West,” Shin said. “Voting for me would allow you to incorporate your voice into making these small but necessary changes that we need at West that wouldn’t be addressed by the administration.”

Pammie is a great leader and can keep everyone on track.

Songo is very outgoing, he is new to West high and has already made a lot of friends.

Songo’s goal is to bring all of the students together regardless of their backgrounds.

“I’m pretty outgoing and I like to talk to everyone without judging or getting frustrated.” Songo said.

Sunkara’s number one goal is to make everyone comfortable in the school. She also wants to address common issues at the school like mental health.

She plays the flute and drums, and she volunteers at UI hospitals and clinics. She is running for vice president to interact with more students at West. Wang believes that there is a lack of connections between the students and the administration, so her gald is to ease that connection.

“I will care for them [students] I also struggle with standing up for myself and having confidence in myself, so I totally understand what they’re thinking.” Wang said.

On Tuesday, September 14, students in each classroom will watch the campaign videos of the candidates for each position during Intervention time (AFT). They will also be provided with a google form to vote for who they think is the best fit for the school’s government. All students must vote, to ensure a fair and accurate election happening.

After both positions, president and vice president, are selected, applications will open for students to join other positions to form the West Student Government board. This year applications will be different from the past years to make them more appealing for all students. If students have any questions, they can contact the advisors of West Student Government : Nick Bushkofsky or Brendon Aitken, or the future president and vice president.

The new Student Government will work hard to plant its new roots into West High for generations to come. As this year progresses, West High will experience what it is like to have a more inclusive government that focuses on goals that benefits the West High student body 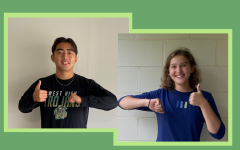 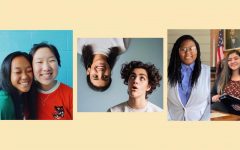 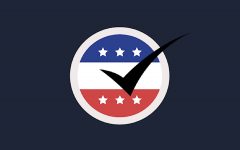 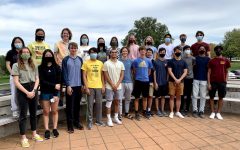 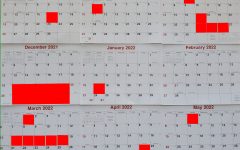 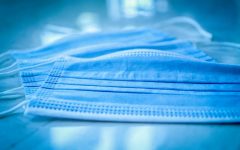 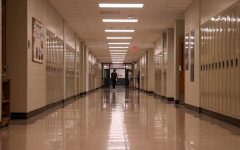 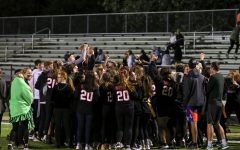 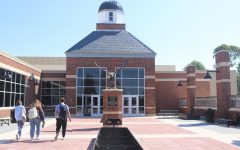 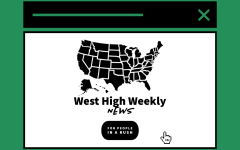