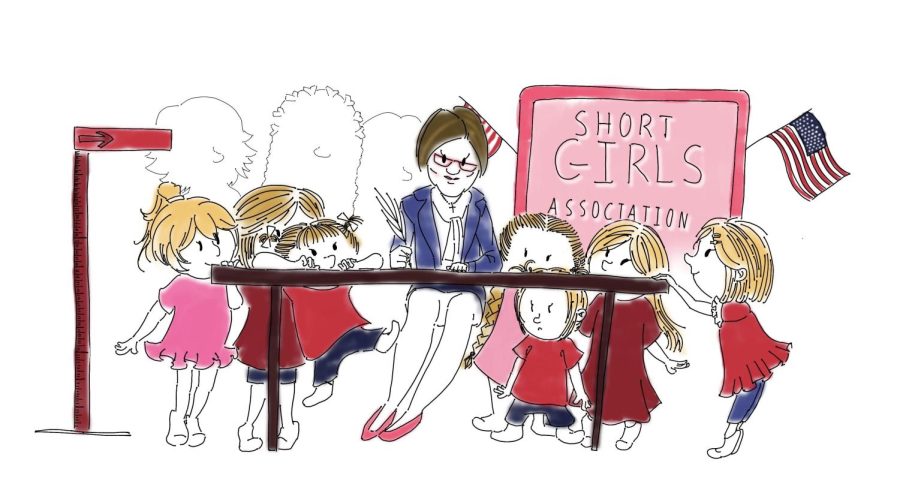 Iowa Gov. Kim Reynolds signed House File 2426 into law Tuesday, prohibiting girls six feet tall and up from participating in women’s sports. While many see this as harmful and unnecessary, Reynolds stated that the bill is essential for protecting women’s sports.

“The average woman is 5 foot 4 inches tall, and 99% of women in America are under 6 feet. These women deserve to see their effort and training pay off, but women over 6 feet have too much of an inherent physical advantage,” Reynolds said.

The Short Girls Association, who have been lobbying for this law for over five years, attended the signing of the bill.

“We don’t hate tall girls. I love competing against taller girls, but it’s not really a competition if they always win,” said Tina Peterson, a member of the organization. “I’m glad someone is finally taking steps to let women be able to play sports in a fair environment.”

It is unknown how many athletes this bill will affect, but many women are already coming out and sharing their stories.

“I’ve been playing basketball since I was in sixth grade. I love it. I love my team. And suddenly I don’t get to play anymore?” said Tahlia Williams. “I know the state is supposedly making the sport more fair, but isn’t this unfair to me?”

Opponents of the bill are arguing that Reynolds is addressing a problem that doesn’t exist.