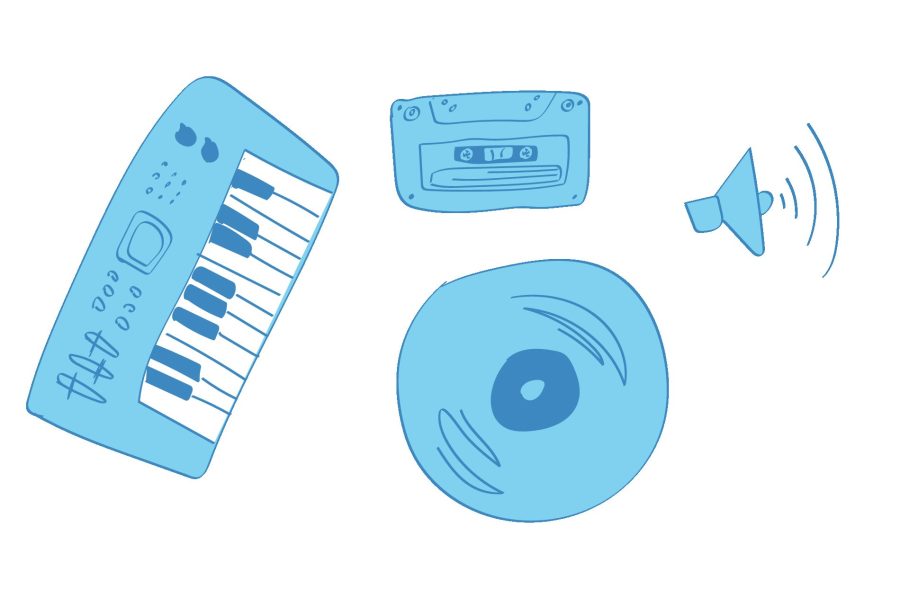 David Haas is teaching the first ever Digital Music class at West.

“The course was created more to acknowledge that large ensemble music-making is not necessarily for everyone, and that kids should have opportunities to explore the field of music outside of the traditional realms of band, choir and orchestra,” said David Haas, the curriculum developer and course instructor.

Students not only learn how music is produced, but how to do it themselves. They use Logic Pro X, which allows students to drag in pre-existing music then cut it apart or put it back together in different combinations. Additionally, the district provided iMacs fitted with M1 processor chips, Musical Instrument Digital Interface (MIDI) keyboards, mixing headphones and mixing speakers for students enrolled in Digital Music.

Shadi Elsiddig ’26 was already familiar with music production through his father, a music producer who uses Logic Pro X. This course has given Elsiddig a deeper understanding of the process of making music.

“I really enjoy music. Making my own beats would be something I’d like to learn,” Elsiddig said. “[Some] kids might be thinking they want to pursue their dreams in the music industry. Taking this class could really kickstart that.”

Hass believes this new avenue of music is essential for students who are exploring their musical expression.

“Some kids don’t want to do music as performance [because] music is very personal to them, [but] would rather work on it in their own head independently,” Haas said.

Students have already shown interest in learning more past this course’s curriculum. In the future, Haas wants Digital Music to expand so students have access to more difficult levels of music production.

“I’m teaching the same course three times every trimester to accommodate all of the students who were interested in taking the course. I’m hoping to add an advanced course in the future,” Haas said.