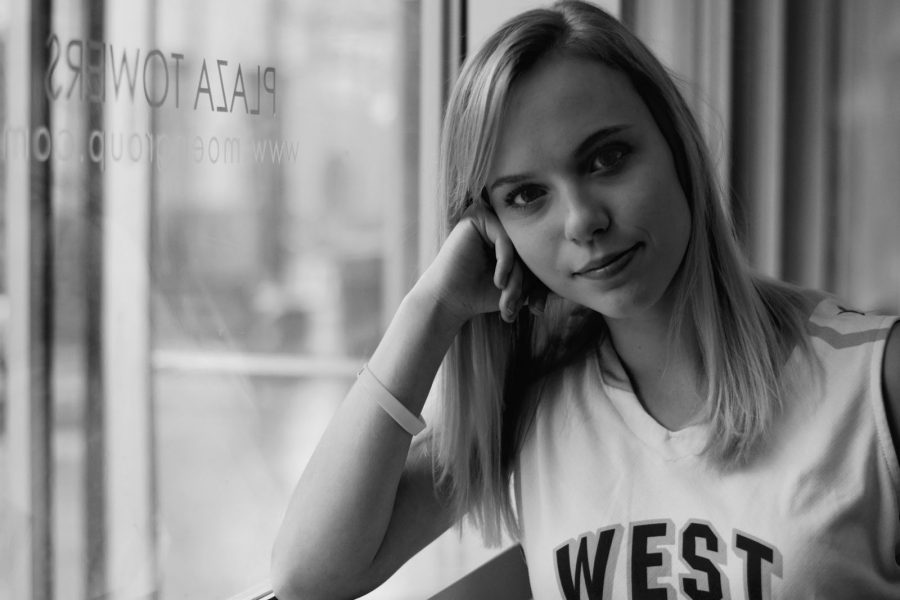 Maddie Huinker has had more than her fair share of loved ones being affected by cancer. Now, the senior in high school is a leader of West High School's Dance Marathon with a heart full of love for those it helps.

Maddie Huinker is a basketball player through and through. She comes from a basketball family, with her dad Jon and older brother Gabe both having played. She’s been playing on a club basketball team since third grade. And since then, her dad has been taking her and her brother to the North Liberty Rec Center and Iowa Field House to shoot.

“When I was ten years old I was playing pick up ball with adults,” Maddie laughed. “[Going to play together] would just kinda be our little time to ourselves.”

Her dad would take her to shoot on days she wanted to, and on days she didn’t. When she was in seventh grade, he became her club team’s assistant coach. As she got older and she joined Team Iowa, an Ameteur Athletic Union (AAU) team, he drove her around to basketball tournaments all over the country. Even now, as she starts on West’s team, he has only missed one game in her four years of high school basketball.

“He would really push me to get better,” she said. “He made me so passionate for it because he made it so much fun.”

“I loved playing basketball myself, so it was really fun for me, but one of the things I really enjoy throughout both kids [lives’] growing up is watching them develop,” Jon said. “Maddie really has a strong love for basketball, probably more than I did.”

When she was eight, Maddie got to chose her number for her jersey. She chose the number 20 after her dad, whose birthday is Dec. 20. That same year he got diagnosed with stage three colon cancer. Maddie didn’t know at the time, but Jon was given a 13% chance of living. She has worn the number 20 ever since.

“Since we were so young I never really realized how bad it was,” Maddie said. “To me it was just ‘Dad’s sick, but he’s going to be fine.’ It just kind of became the new thing for dad to be sick.”

After being diagnosed, Jon was in the hospital on and off for a year and half. He had four surgeries. According to Maddie, they “just kinda lived in the hospital.”

“When we were at the hospital, they didn’t stay home,” said Emily, Maddie’s mom. “They were always with us. We didn’t shelter them from any of it.”

Always being there meant knowing the hospital staff, having numerous hospital dinners and sometimes spending holidays there. One of which was Maddie’s tenth birthday. Jon had his third surgery that day, a big one. After his surgery, they both had a few things to celebrate.

“[My dad] got me this stuffed animal zebra or hippo or something. I got to sit with him after his surgery all day and I had all the little ‘It’s my birthday!’ ribbons and all the nurses told me happy birthday,” Maddie said. “We just kinda chilled in the hospital on my birthday.”

Jon is now cancer free. He had his eight year “in the clear” check up recently. Him being sick meant pick up games stopped for a while, but his love for basketball, and spending time with his kids, never ceased.

“My goal was to be able to play pick up ball with [Maddie and Gabe] and all the way through high school. I would say since I had cancer my basketball skills have gone away; [I] still have a little numbness in my hands so I can’t play as well, [but] taking them to AAU games, watching them practice, watching them play, I actually like it better than playing basketball.”

Maddie disagrees about his skills being gone and says you would never know he had cancer aside from a scar and the numbness he will occasionally get in his fingers.

“We call them chemo hands because the tips of his fingers are still numb, so he’ll just drop the ball,” Maddie said. “He’s still really good. He still beats me — sometimes.”

As a freshman, Maddie began playing basketball for the sophomore and varsity teams. At that time, she knew about West High School Dance Marathon (WHSDM), but wasn’t yet ready to join.

You always have to try to find something good, even when something so bad is going on, like cancer.”

But in April of 2014, during Maddie’s freshman year, Austin “Flash” Schroeder was diagnosed with T-cell lymphoma. 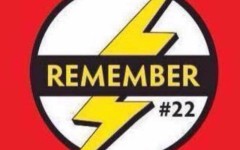 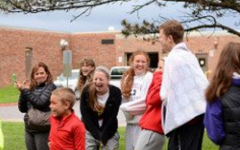 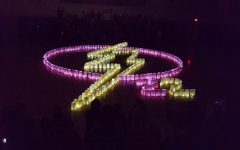 “I … dealt with cancer so much as a kid that I kind of was over it, honestly. We were finally back to normal, and everything was fine. I didn’t want to spend more time in the hospital. But then Austin got diagnosed.”

“Our family has been close [with the Schroeders] ever since I went to high school with Craig, Austin’s dad,” Jon said. “Our kids grew up together.”

Maddie and Gabe would hang out with the Schroeders often and spent their summers with Austin, Cody and Haley at the cabin the families owned together.

“[I would] tell other people ‘Oh, yeah, I have three brothers and a sister’ even though I have one biological older brother,” she said. “We thought we were related somehow when we weren’t at all.”

After his diagnosis, a lot of WHSDM’s efforts were aimed toward supporting Austin and his family. Maddie became more involved. Her sophomore year, she was a dancer at the big event and her junior year she raised over $500 to be on leadership, the group of students that work together to run WHSDM. At the beginning of this year, her and two other students were chosen to communicate with the teachers at West and lead the organization.

“I think Austin getting diagnosed–even though I would never wish it upon anyone, I wish he wasn’t and I wish he was still here–it brought the community together. It totally did,” she said. “You always have to try to find something good, even when something so bad is going on, like cancer.”

“It kind of comes and goes, you know? When he passed away it was really hard. And then you’re doing okay, and then Griffin passes away and you get the same feeling because you know what his family is going through and you see another little boy who would’ve had a great life,” she said. “It brings it back.”

The following year, WHSDM raised $95,034.22, exceeding the previous year’s funds by over 27 thousand dollars. For Maddie, that’s when it all became worth it.

“I learned that I don’t do well standing for six hours,” she joked, “but there’s always a reason to it. I find that if I have a reason to do something I can do anything. The kids give you a reason… I can do a lot more than I ever would’ve thought for others.
“I couldn’t even imagine going through high school without having WHSDM. It changes you so much in that you feel so much responsibility to do good. And you’re also making such a difference at such a young age. You realize you’re in high school, but you’re already changing people’s lives.”

Go to WHSDM’s Facebook page or check out the information slides below to learn about how to get involved in WHSDM. 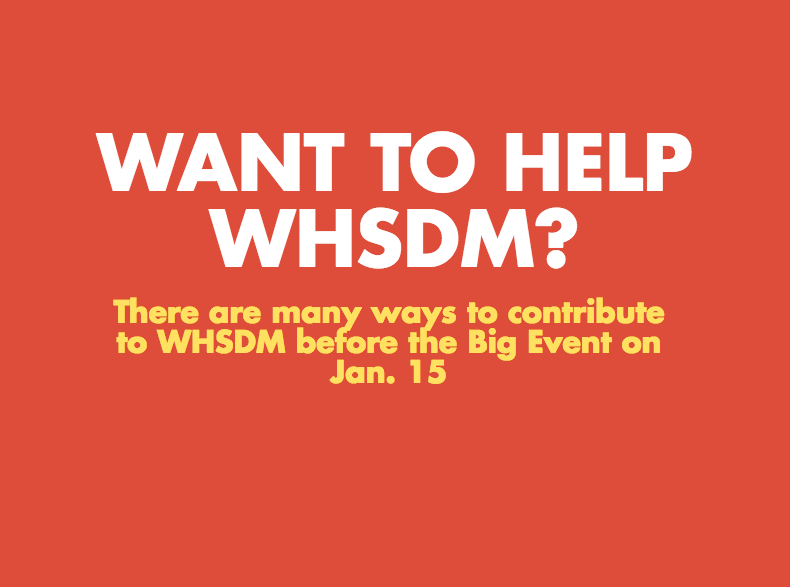