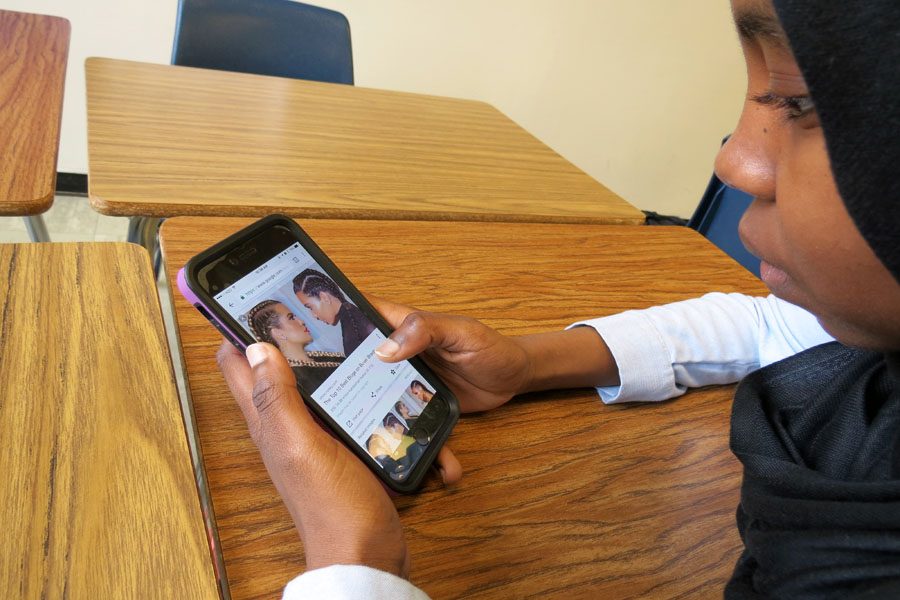 “Loving blacks as much as you love back culture”

I first heard the term ‘selling the Negro’ in the film “I am not your Negro,” which came out in February. In the 1800s, the term referred to the slave trade, but nowadays the term associates with the popularity and appropriation of black culture. For centuries, blacks have been outcasted and mocked for having a big rear, big lips, being thick or being black altogether. But when someone who is not black appropriates, it is readily accepted.

My culture has sprouted from many hardships blacks have faced in the past. Nowadays, with the idea of embracing our differences, people are appropriating culture. Cultural appropriation is the idea of adopting a culture that is not yours by picking a few elements that you like. This is often seen as ignoring or disrespecting the history behind the culture. Yet, one can change their appropriation to culture appreciation: the idea of respecting a culture element and the meaning behind it without belittling it.

Cornrows is a style of braid that originated in Nigeria. This hairstyle is usually associated with blacks today. However, most pictures of black slaves would have women in cornrows. This hairstyle has also become popular in early rap/hip-hop groups within the black male community. Yet, it receives a negative connotation: if a black male were to wear this hairstyle, many would see him as being ghetto or a gangster. Additionally, this hairstyle is viewed as unprofessional under unprofessional hairstyles on Google. However in recent years, with the help of the Kardashians, the hairstyle has become popular and gained two new names: boxer braids and 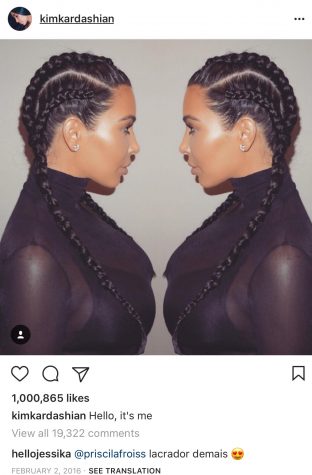 Recently, a hashtag called #whitegirlsdoitbetter trended on Twitter. The tweets were of mostly white females dancing provocatively, rapping or showing off their cornrows. These actions have always been affiliated with black culture and are sometimes viewed in a negative light. Yet, it is totally seen as badass or cool when someone nonblack does it. The idea that another race thinks they can represent a culture that doesn’t belong to them baffles me.

The slang many look down upon

The catch-me-outside girl, Danielle Bregoli, is an example of how ‘speaking ghetto’ was seen in a positive light and helped her gain popularity. The type of slang she speaks is well-known within the black community. Although she’s been praised for her slang,  it would be seen as improper if someone who was black were to speak it. This way of talking is most likely to bring about a negative stereotype towards blacks, as words like ‘trash’, ‘poor’, and ‘uneducated’ fill many people’s heads.

The origin behind the word ‘negro’ has shown to be a depressing and dark one. This word was given to black slaves during the slavery era and used as a slur in recent years. ‘Negro’, ‘nigger’, and ‘nigga’ are ALL slur words. The word ‘nigger’ has been modified to ‘nigga’, so people can say it without feeling ashamed of themselves. Yet, if it were up to me, no one should say the ‘n’ word, and all those different varieties need to be left in the past. For questions like, “Why can’t I say it?” or “How come only blacks can say it?”, people should first ask themselves why they want to say it. The same questions should be asked with any culture. If the answer is because everyone else is doing it or because it is trendy, then it is considered appropriation. In other words, it is a show of disrespect to a group of people affiliated with that culture.

The influence of international rap

As rap and hip-hop became popular, so did the terms used in the lyrics. The use of the ‘n’ word in today’s generation is shameful. It’s hard for people to take it seriously when artists and celebrities are using the word constantly. The ‘n’ word has become so widely used that many other countries are using it in their music as well, without knowing the history behind it. For example, the word 내가 (naega) means “you” in Hangul, but many Korean rappers use it to make it sound like the ‘n’ word.However, because this word has circulated because of rap influence, they are not aware of the cultural history behind the word; since it’s so common in rap songs, they do not see the problem.

Many people believe that by adapting to a culture that is does not belong to you, it would lead to an ease of assimilation. Yet, this is not true if one was to look at black culture. Many people enjoy rap/hip-hop but there is not much love being shown towards the black community. Some people only like certain aspects of another culture like henna, kpop or rap, however; they are not willing to understand the history or the difficulties people affiliated with that culture face. Also assimilation is not a goal we should try to achieve because everyone is unique and different. We are a salad, not a melting pot.