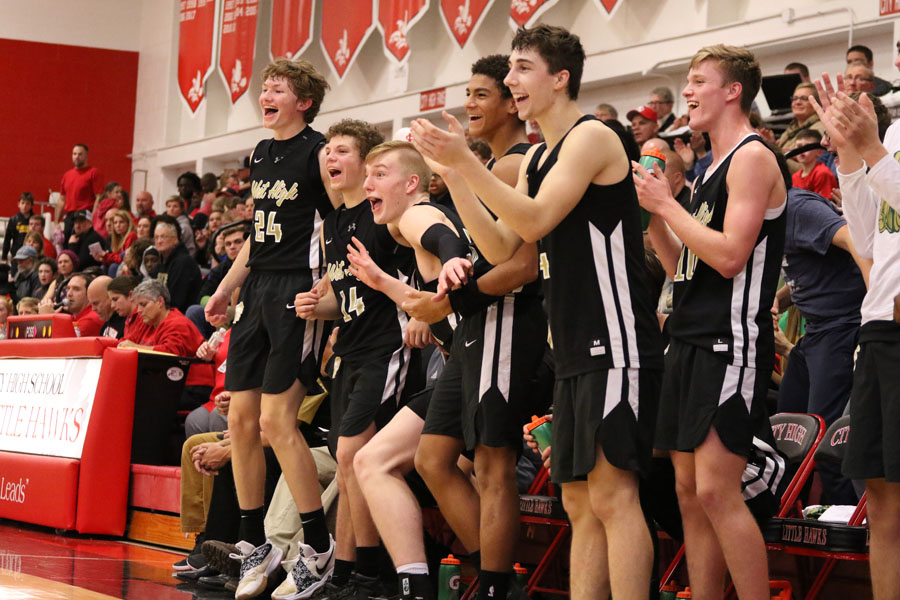 The Trojan’s bench erupts in cheers after Charlie Moreland ’20 scores a three-pointer during the second half on Friday, Dec. 7. (Kara Wagenknecht)

The Trojan’s bench erupts in cheers after Charlie Moreland ’20 scores a three-pointer during the second half on Friday, Dec. 7.

The Trojans traveled across town to face City High on Friday, Dec. 7.

Girls fall to City in overtime

The Women of Troy last faced the Little Hawks at the 2018 Girls State Basketball Championships. After beating City last year, an electric West crowd traveled to City High on Friday, Dec. 7 to witness a rematch against the two teams. The stands were jam-packed as the two teams battled against each other. Going into the second half, West trailed City 26-36. As the last half of the game progressed, West closed the gap separating them. Going into the fourth quarter, City was in the lead by three points, 40-43. The fourth quarter consisted of the teams going back and forth with regards to who was on top. West and City ended the fourth quarter tied at 54 and headed into overtime. In a tight game, City ultimately defeated West 57-64.

Next week, the Women of Troy will host Dubuque Senior High School on Tuesday, Dec. 11 and will travel to Linn-Mar for a girls and boys doubleheader on Friday, Dec. 14. 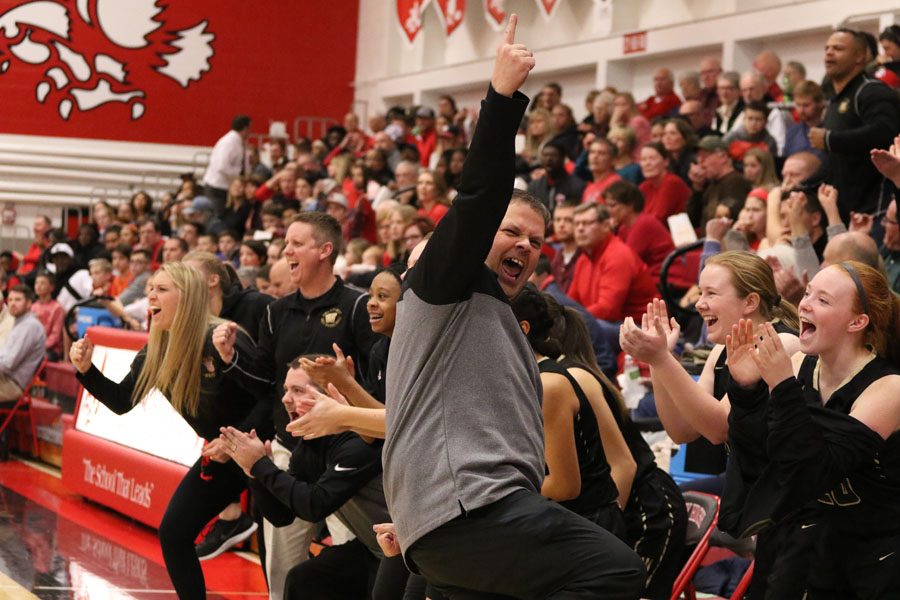 Gallery|10 Photos
Kara Wagenknecht
Girls basketball head coach BJ Mayer celebrates after West pushes ahead of City before heading into over time on Dec. 7. "There is a lot of emotion as a coach because it is our crosstown rival," Mayer said. "I would say that players, fans and even coaches want to win games against City more because of the rivalry between the two schools in all sports. City also has a great program in girls basketball, so it also becomes a game that we can measure ourselves against a very quality opponent."

The crowd stuck around following the tight girls game to watch the Trojans take on City. West led City 13-9 by the end of a slow first quarter. By the second half, the boys basketball team was up 31-14 against City. University of Iowa signee Patrick McCaffery ’19 started the second half with a dunk. Jacob Klein ’19 ended the third quarter with a buzzer-beating three-point shot to put West up 51-26. McCaffery led the Trojans with 30 points as they defeated City 66-36.

Next week, the Trojans will travel to Dubuque Senior High School on Tuesday, Dec. 7 and Linn-Mar on Friday, Dec. 14 for a girls and boys double header. 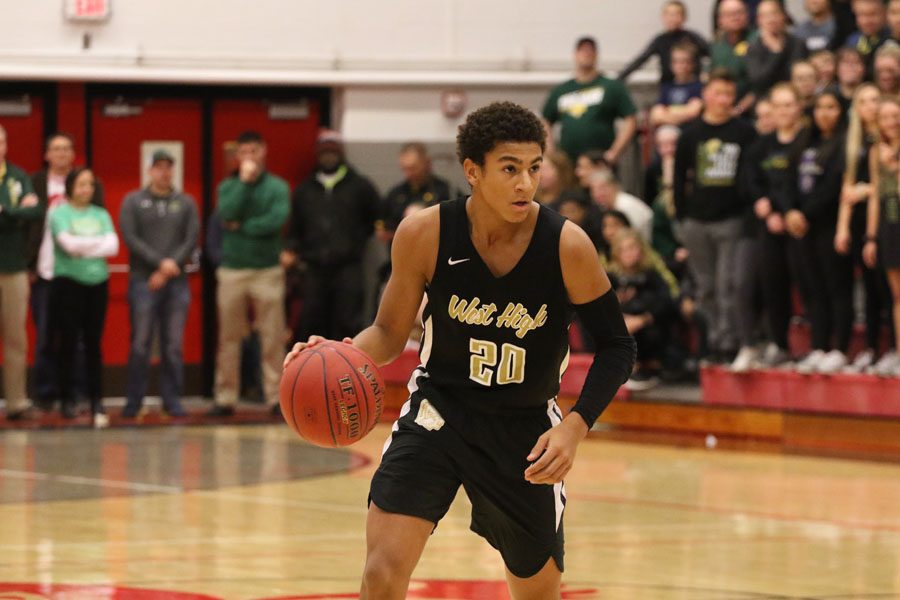 Gallery|10 Photos
Kara Wagenknecht
At the top of the three-point line, Marcus Morgan '21 dribbles the ball as he waits for a teammate to get open during the first half on Friday, Dec. 7.