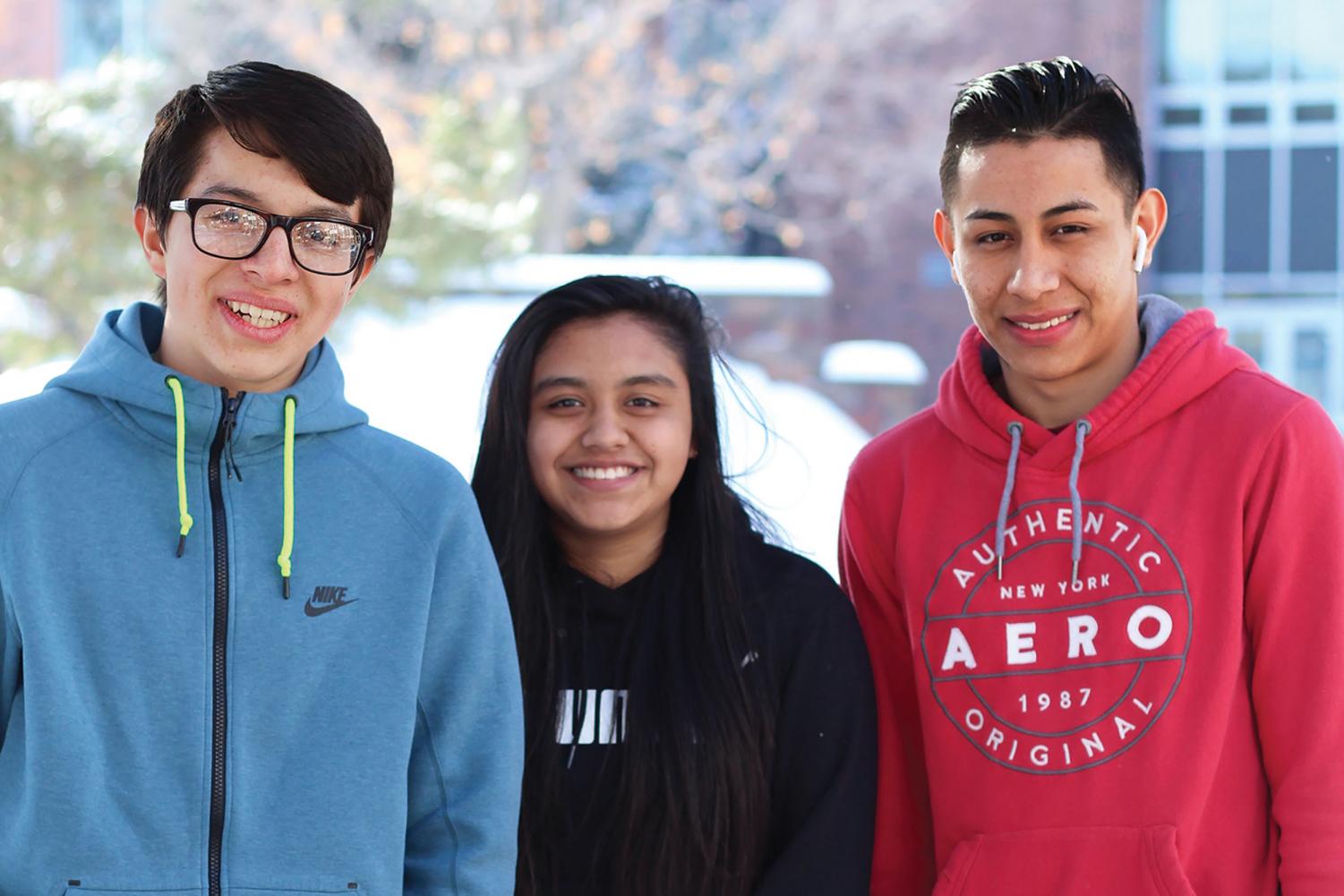 “At least you have your mom.”

Sophomores Roberto Machado Guzmán (first speaker) and Evelyn Correa Longino (second speaker) spoke on their lives in Iowa after having moved from Honduras and Mexico, respectively. Along with Doroteo Ortiz Cruz ’21, the group met a few weeks into their ninth-grade school year after talking in their shared classes.

“In Mexico I took English classes, too,” Ortiz Cruz said. “So with everything I knew, I started to help my friends. … We helped each other.”

Upon coming to the U.S., the differences in life were evident. For Correa Longino, it was the feeling of diminishing social opportunity. Ortiz Cruz still reminisces about his family and friends in Mexico.

“[Moving] wasn’t as easy as I expected it to be,” Ortiz Cruz said. “There we had quite a few friends. Where we lived, where we were from, we trusted lots of our neighbors.”

“Yes, I miss the friendships a lot, the family, but sometimes one needs to assume a life for a better future,” Machado Guzmán said.

So with everything I knew, I started to help my friends. … We helped each other.”

The students also met new practices regarding administration at West.

“[Here] when you don’t go to class, they’ll call your parents, and in Mexico, this wouldn’t happen,” Correa Longino said. “In Mexico, if you didn’t go to class…”

“You would be left outside,” Ortiz Cruz said, finishing her sentence with a laugh.

Machado Guzmán, who moved from Honduras, says that the country’s murder rate, which is the world’s highest per capita according to BBC News, and delinquency were push factors that ultimately prompted his decision to come live here with this uncle.

The trio have, with each other, fostered a group in which they can confide and find comfort.

“I don’t like to have friends or friendships that make your life worse or make you have problems,” Ortiz Cruz said. “For as long as I’ve been with Roberto and Evelyn I’ve never had a problem.”

While all of them go their separate ways after school, their time together during the day allows them to hold on to a part of their culture to West.

“They sent me a note today that I have to change schools to City High. It’s because of transporting [students] that they’re changing it,” Machado Guzmán said. “We get along so well that I don’t want to switch schools because of it. Because I have my own friendships and they’re good ones.”